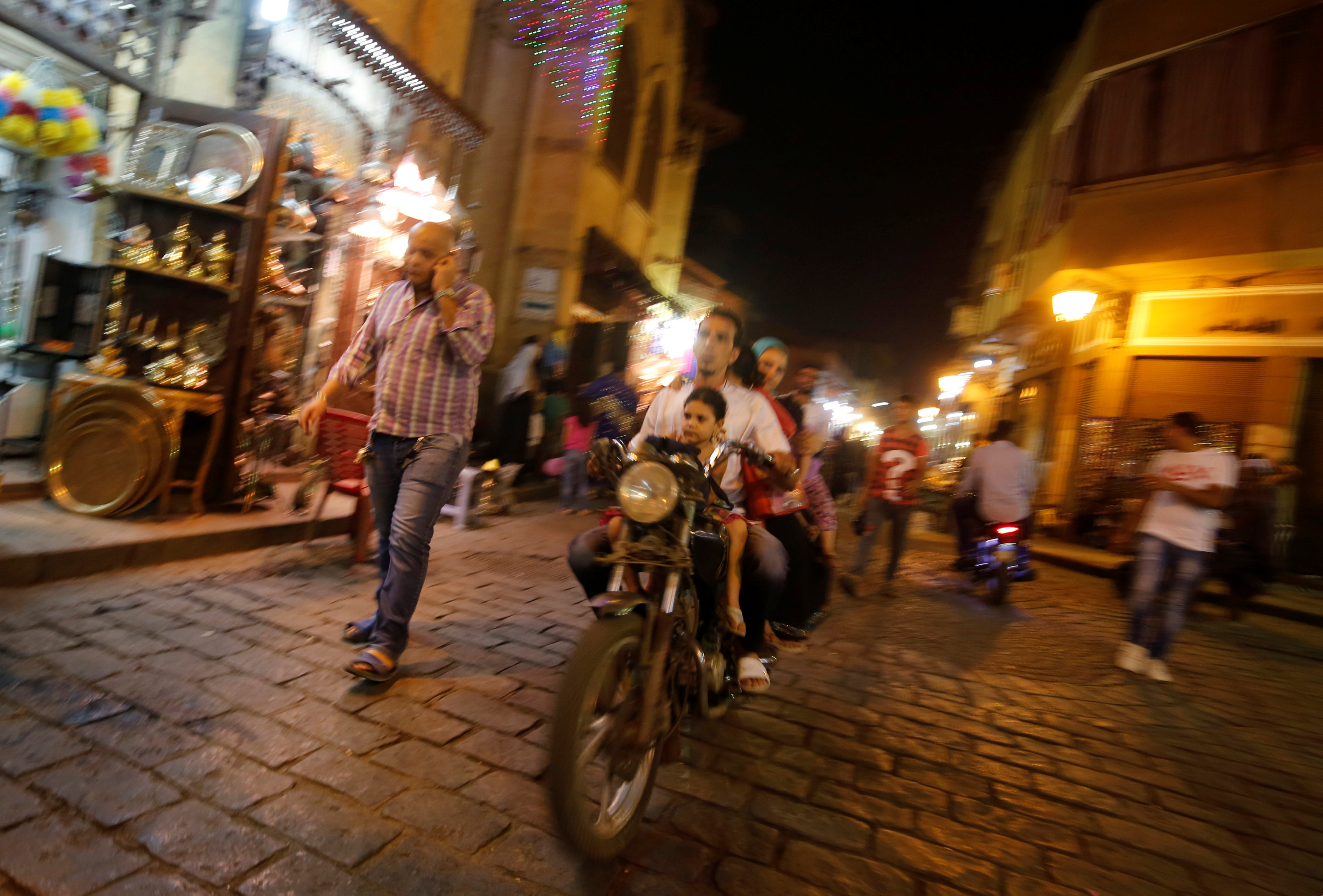 Cairo: A few years ago Imad would not have imagined himself queuing in the Cairo sun for a weekly ration of subsidised baby milk. But rising prices mean his civil servant's salary barely lasts the month and the government is tightening its belt further.
"Electricity is up, food is up. The only thing that doesn't rise in Egypt is people's pay yet all they talk about is cutting subsidies," said Imad, smartly-dressed like many in the line.
Squeezed by economic and political turmoil since the 2011 uprising that toppled Hosni Mubarak, Egyptians are preparing for a new era of austerity.
The reforms are part of a programme to cut the budget deficit and rebalance currency markets promised to the International Monetary Fund (IMF) to secure $12 billion of lending over three years.
But political opposition to measures involving subsidy cuts, devaluation and new taxes while tens of millions rely on state-subsidised food, make the programme ambitious.
The cost of failure, say economists, is high. The budget deficit is near 10 percent of GDP. Inflation is 14 percent. A shortage of foreign currency has hit imports.
Foreign investors are unable to repatriate profit and some are shutting shop, hit by capital and import controls imposed over the last 18 months.
Businesses are unable to secure enough foreign currency to import components or pay a premium above 40 percent to obtain dollars on the black market. They talk of survival not growth.
"It's very clear that circumstances have led Egypt to really need IMF support... it will have to make changes to ensure the implementation of the plan it presented to the IMF,' said Angus Blair, chief operating officer of Pharos Holding.
"The system in Egypt, as in overall governance, is slow... and this is a reform programme that calls for quick action and bravery, especially because some of the impact will be inflationary."
POLITICAL WILL
Successive governments have balked at cutting subsidies after President Anwar Sadat removed them on flour, rice and oil in 1977, part of an effort to secure IMF-backed financing.
He reinstated them after poor Egyptians rioted, attacking symbols of the growing divide between them and wealthier classes they saw as the beneficiaries of Sadat's policy to liberalise the economy after more than a decade of socialism.
Though Egypt has returned to the IMF virtually every decade since the 1970s, implementation of reforms has been mixed. Many Egyptians are uneasy with a programme they see as being foreign imposed and are convinced it will hurt all but the richest.
More recently, Egypt negotiated two IMF deals that were never finalised, including a $4.8 billion loan initially agreed in 2012. The reluctance with which policymakers have previously approached reforms means investors are not rushing back yet.
Chris Jarvis, head of the IMF's Egypt mission, said those deals had failed due to a lack of political will at the top to implement reforms. This time, he said, political commitment appeared stronger.
President Abdel Fattah al-Sisi said last week he would not hesitate "for one second" to take the difficult steps necessary to ensure Egypt lives within its means.

TOO HUNGRY TO PROTEST

Electricity prices were raised by 20-40 percent this month under a five-year programme that will see power subsidies gradually eliminated. Petrol subsidies are next. Reforms to the bloated civil service have been passed by parliament, though heavily diluted.
But critics say change is late and leaves little breathing room. They say the billions of dollars showered on Egypt by Gulf Arab allies since Sisi overthrew his democratically-elected Muslim Brotherhood predecessor in mid-2013, were wasted.
"This support did more harm than good as it was not conditional on reform delivery, and actually removed the urgency to carry out critically-needed policy changes," VTB Capital said in a note to clients.
"Egypt now has a weaker macro/social starting point and requires deeper and, hence, more painful adjustment."
Imad, who once considered himself middle class, now regrets joining the protests that helped bring Sisi to power.
Even with regular raises, his 2,000 pounds($225) a month salary cannot keep pace with rising prices.
"We are not below the poverty line. We are below the ground.... They want us to be so preoccupied looking for bread that we think of nothing else," he said. "Anyone who protests or speaks out now is accused of being Brotherhood."
Egypt has announced plans to expand its social security net to mitigate the impact on the poorest but many fear measures will exacerbate inequalities that helped stoke anger against Mubarak before the 2011 revolt ended his 30-year rule.
Today, protest is muted. Under Sisi, Brotherhood members have been jailed, exiled or driven underground. Liberal activists who initially backed Sisi have also been silenced. A law restricting protest has ended the mass movements that helped unseat two presidents in three years.
A group of socialist parties have issued a statement rejecting the IMF deal they say saddles Egypt with more debt and leaves it beholden to foreign entities. But none of the parties have parliament seats and there have been no credible protest calls.

The government's first test is a law proposing VAT at 14 percent that is being debated in parliament but faces opposition from lawmakers worried about inflation.
Delays to the VAT changes have already held up the first tranche of a $3 billion World Bank loan. The first $2.5 billion IMF payment is not linked to specific measures but subsequent instalments are.
Another key issue is foreign exchange policy. Egypt has promised a more flexible exchange rate to ease the forex shortage and end the black market for dollars.
The move is certain to involve the second devaluation this year, raising inflation, but the central bank says it must first build foreign reserves from $15.5 billion to $25 billion, a figure it hopes to reach by year-end.
For Sami Khangy, who runs a printing press, the dollar shortage is urgent. His machines have been silent for weeks.
"You are talking about months and years. I am talking about weeks. If I can't get paper soon I'll have to sack my staff," he said. "I could be out of business by the time this money comes."