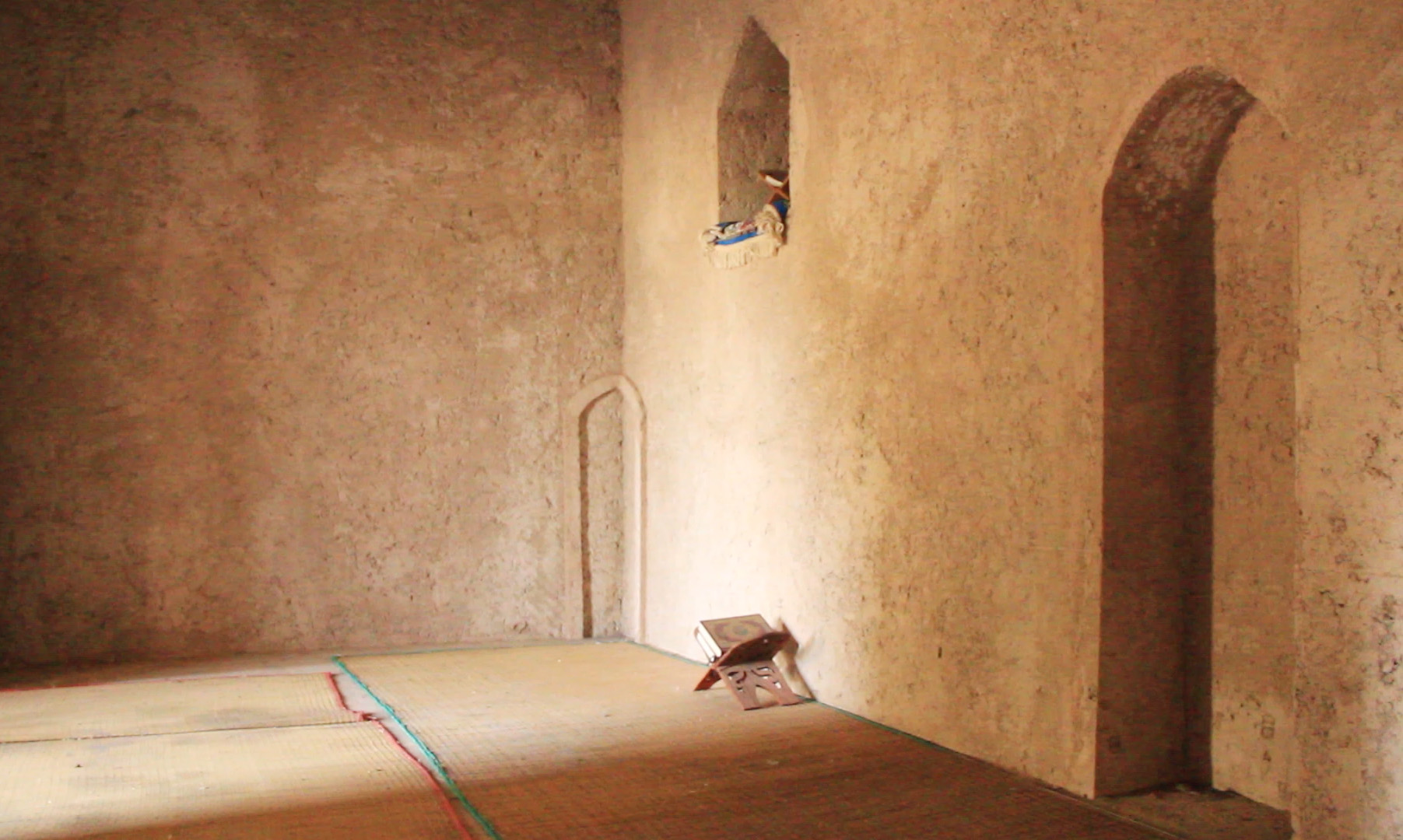 It felt like déjà-vu when I entered the town of Al Kanata in Ibra, once one of the most popular trade hubs of Oman. The narrow pathways, the gravelled roads, and the beautiful little mud huts we crossed while walking through the ancient town, or rather what remained of it, took me back in time, over 300 years back to be precise. It felt like a dream I’d had before in which everything around me was brown — the sandy ground on which I stood, the crumbling remnants of a lost civilisation, and even the air itself, seemingly hinting at the eruption of a light dust storm. My tour guide, Salim Mubarak, lead the way, telling me the incredible story of the place as we walked.

Salim explained that the place where our cars were parked, which was nothing but a gravelled kacha road was once home to a huge, heavily-secured gate through which only select traders and visitors were allowed to enter. Wide-eyed, I followed him towards a beautiful, crumbling mosque he said was called, Al Kanata. It had a prayer hall and a madrasa where children used to study. The mosque had been renovated using the same materials that were used in ancient times in order to preserve its essence.

We walked on, entering the ruins of the famous Kanata souq, where everything from agricultural products to traditional crafts were brought and sold in abundance. I could hear the pride in Salim’s voice as he spoke about how important a landmark this market was, and how important Ibra had been to the whole Sultanate in terms of trade and commerce.

Pointing out to the fort at the peak of a mountain a few kilometres from where we stood, Salim said that it was one of the two forts that had been used for surveillance and military purposes during the pre-Renaissance period. I stared up at the ancient lookout post, my imagination running wild. I was so lost in this hidden gem of a town, that I completely forgot the purpose of my visit until the echo of the call to prayer brought me back to my journalistic senses.

It had all started when an Omani friend mentioned a little known mosque in the South named Qiblatayn. He tried to explain the reason why it was so important, but I couldn’t quite comprehend it at the time. But my interest was peaked none-the-less, so I made a plan to drive down to Ibra to get a first-hand look at this notable mosque, which is exactly where I was headed when I got sidetracked in Ibra inside the ruins of Al Kanata.

I reminded Salim of the reason for my visit, and we headed farther down the road towards this infamous architectural site. We had only been driving a short while when Salim’s car pulled over in front of me. Puzzled, I stopped behind him. He stepped out of his car and announced that we had arrived. “This is the Qiblatayn,” he said.

I looked around. There was nothing stone-strewn earth. Then I noticed a little mud structure atop a tiny hill in the distance. “Is that Qiblatayn?” I asked. He shook his head and motioned for me to follow him. “I will tell you the story once we are in the mosque,” he said. A little skeptical, but curiosity peaking, I carefully made my way behind him. Over a dusty hill, another mosque came in to view. We climbed the hill, removed our footwear and went inside.

It was dark. The smell inside reminded me of the air after the first rain shower of the season. The small space was soothingly cool, thanks to the three-sided walls made of mud and clay topped by a simple wooden roof.

My eyes were drawn to two Holy Quran stands placed in front of the hollows in the left and right sides of the wall facing me. While the one on the right held the Holy Quran, the other sat empty.

Just as I was about to enquire about the absence of the holy book, Salim began narrating the story of Qiblatayn.

“More than 1,500 years ago, Prophet Muhammad (PBUH) made a wish to Allah that he wanted all the Qiblas (the direction Muslims face while praying) in the world to change their direction from Masjid Al Aqsa in Jerusalem to Masjid Al Haram in Mecca. Allah granted his wish and an order was given that all the Qiblas in mosques that were going to be built henceforth would face Mecca. However, ancient mosques, like the Qiblatayn, which is the oldest mosque in Oman, already had a Qibla that was facing Jerusalem. Hence another Qibla was made beside it to face Mecca and thus, it got the name Qiblatayn, ‘Two Qiblas’,” he explained.

We went outside and I just stood there letting the swift, cool breeze caress my skin as I looked down at the Al Garbi Wadi where our cars were parked. That now dry ravine often floods and overflows, feeding the dense date forest that blankets the adjacent areas. I looked to the west where all I could see were steep, austere mountain ranges, a tiny fort barely visible at their far end. It’s different to hear about history or to read about history and to see and feel history. Here, I could feel the ancientness of the earth beneath my feet, I could see the stories of the past in the ruins of the once great cities, and as I closed my eyes, I could almost hear the salat of the faithful who had stood here before me being carried in the wind. —[email protected]

Discover the ancient sites of Ibra
For a historic tour of the sites of Ibra, get in touch with tour guide Salim Mubarak +968 9953 4098

To reach Al Kanata by car, turn right off the Muscat-Sur highway towards the Sultan Qaboos Mosque. Pass the mosque and keep driving straight for about 2 kilometres just after Al Safalat, the ruins will be on your right.