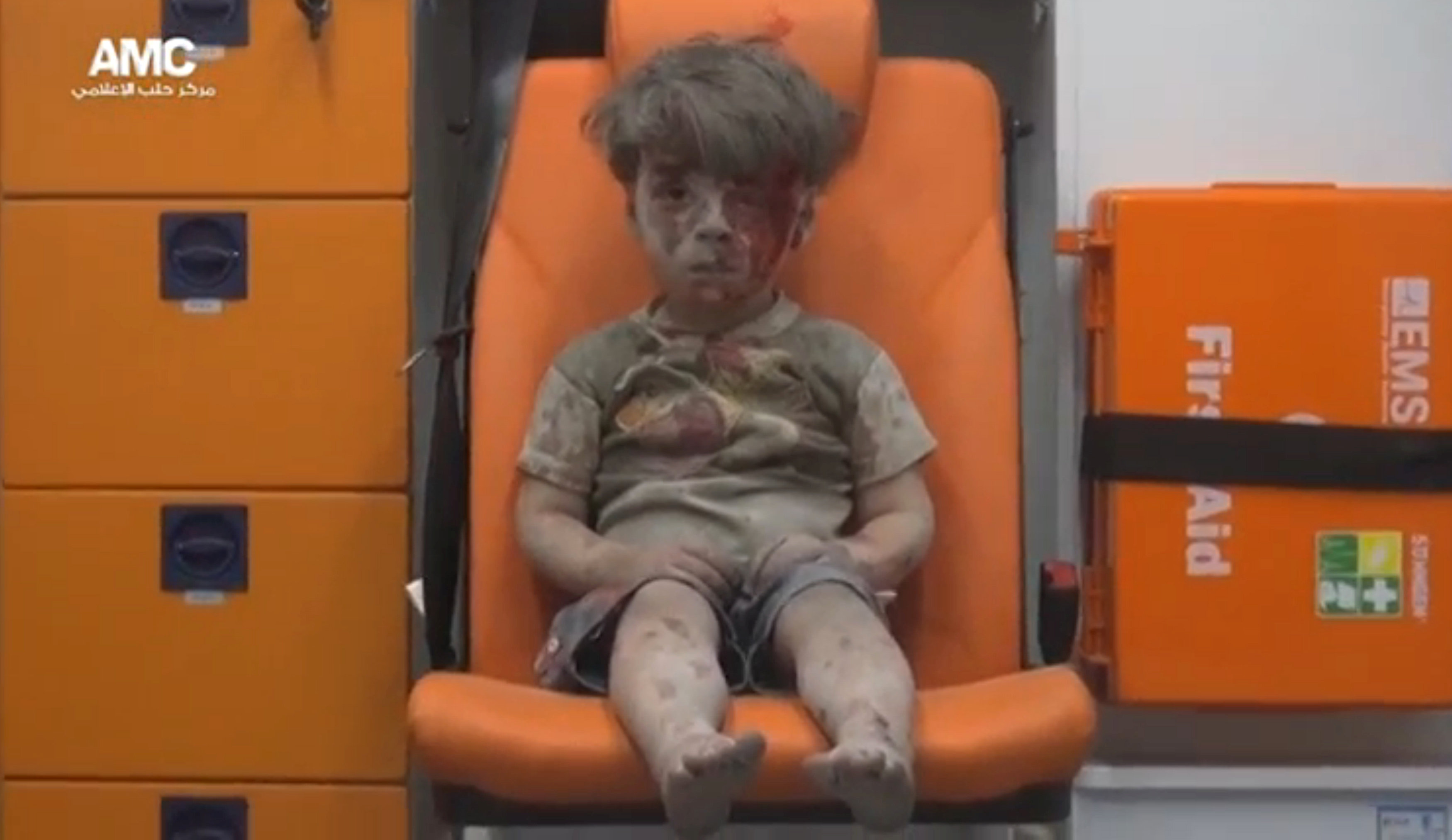 Allepo: A heartbreaking image from a video posted on social media shows a boy with bloodied face sitting in an ambulance after an airstrike, has been widely circulated on social media, highlighting the abysmal state of the war in Syria.

shared and retweeted thousands of times.