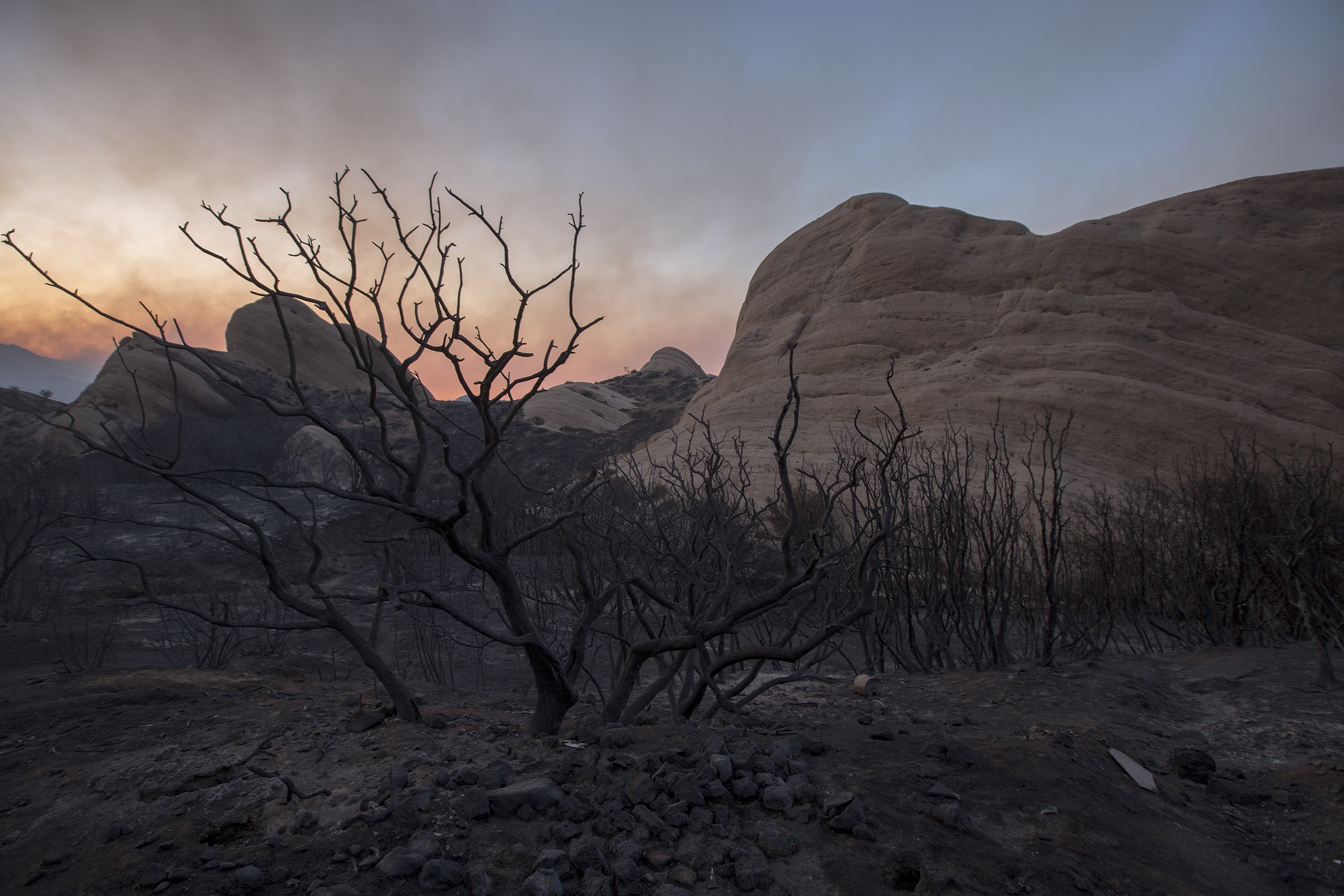 Los Angeles: A Southern California wildfire raged virtually unchecked in thick brush on Wednesday after destroying dozens of houses near a highway corridor between Los Angeles and Las Vegas and forcing as many as 80,000 residents to flee their homes, officials said.
The so-called Blue Cut fire ignited on Tuesday in the mountainous Cajon Pass and has exploded to cover 25,626 acres (10,370 hectares). firefighters had carved containment lines around only four percent of the blaze by Wednesday night, fire officials said.
They described the blaze as unusually fierce, even for a year of intense wildfires in the U.S. West, where years of drought have placed a heavy burden on firefighting resources.
"In my 40 years of fighting fire, I've never seen fire behavior so extreme as it was yesterday," Michael Wakoski, the incident commander on the fire, told a news conference on Wednesday.
As many as eight wildland fires were burning in California on Wednesday, three of them scorching thousands of acres as firefighters sought help from emergency responders from other states and the California National Guard.
U.S. government forecasters have said Southern California faces a potential threat from major wildfires until December, given the dryness and warm weather.
Santa Ana winds, which sweep desert air to California's coast while driving the fires, are due to kick up next month, California Department of Forestry and fire Protection (Cal-fire) spokeswoman Lynne Tolmachoff said by phone. September and October are often the peak of the state's wildfire season.
The Blue Cut fire, named for a narrow gorge north of San Bernardino where it started, threatened the town of Wrightwood near a ski resort and other communities in a partly rural area, authorities said.
The cause of the fire is under investigation.
Authorities said they were forced to close part of Interstate 15, which runs through the Cajon Pass between Las Vegas and the Los Angeles area, and to order about 80,000 residents to evacuate.
Thick columns of smoke blocked out the sky above mountain peaks as the fire overran a number of properties, leaving behind barren lots with blackened appliances and vehicles stripped of nearly everything but metal.
Louis Penna, a spokesman for the San Bernardino County fire Department, said in an email an official damage estimate was not available but that dozens of destroyed structures were clearly visible.
San Bernardino County fire Chief Mark Hartwig told reporters: "There will be a lot of families that come home to nothing."
The Los Angeles Times reported hundreds of residents were staying in their houses, despite dire warnings from authorities.
Among them was Nico Santucci, who was standing sentry outside his home in Lytle Creek with his young son by his side.
"If the first house catches on fire here or the fire breaks this mountain here, then I'm gone, then we're gone," Santucci said.
About 600 miles (970 km) to the northwest, the so-called Clayton fire was 40 percent contained after charring 4,000 acres in and around the community of Lower Lake and destroying 175 homes and businesses