One killed in clashes in Pulwama, curfew continues in Valley 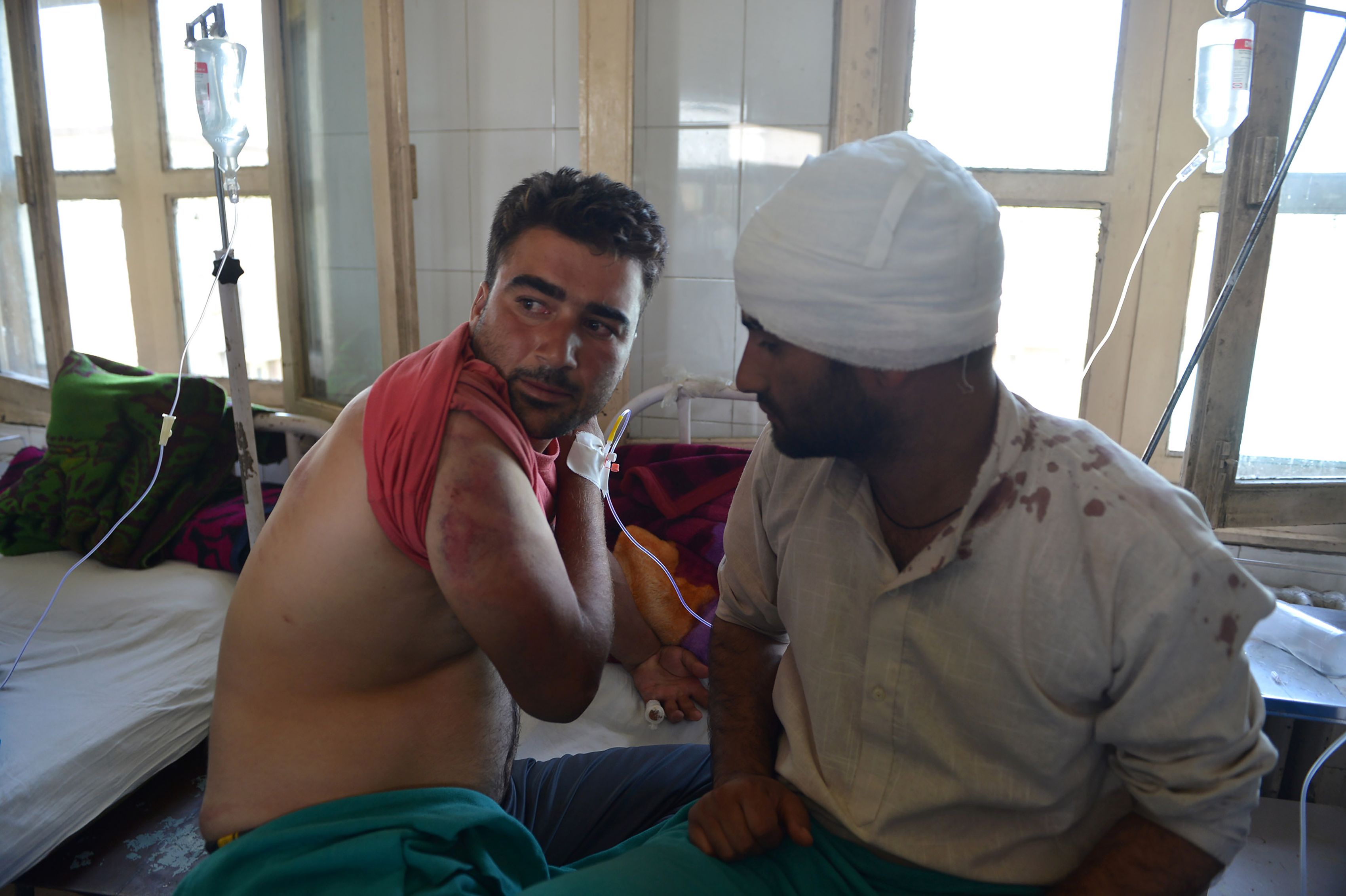 Kashmir: A lecturer was killed and 18 others were injured in clashes between security forces and protesters who were opposing a search operation in Khrew area of Pulwama district in Kashmir where curfew and restrictions remained in force for the 41st day on Thursday.
Shabir Ahmad Monga, a contractual lecturer, died when he and several others were beaten up at Khrew late last night, a police official said.

He said 18 other persons, mostly youths, have been admitted to a hospital here.

According to the locals, army conducted house to house searches for the youths who were leading protests in the area late last night which was resisted by the residents of Khrew.

An army official said they were collecting details about the incident and will soon issue a statement.

Curfew remained in force in entire Srinagar district, Anantnag town and Pampore police station, which includes Khrew area, while restrictions continued on the movement of the people in rest of the Valley.

Normal life has been paralysed in the Valley due to street protests since the killing of Hizbul Mujahideen commander Burhan Wani in an encounter with security forces on July 8.

Heavy deployment of security forces has been carried out in Srinagar city with all roads leading to the local office of United Nations Military Observers Group (UNMOG) at Sonawar sealed.

The authorities strictly imposed night curfew in the city in view of the separatists' call for march to the UN office over a 72-hour period beginning yesterday.

Schools, colleges and private offices remained closed while public transport remained off the roads due to the strike called by the separatists.

The attendance in government offices was thin.

However, broadband services were restored early this morning after five days.

As many as 64 persons including two police personnel have been killed and several thousand injured in the clashes that began on July 9.