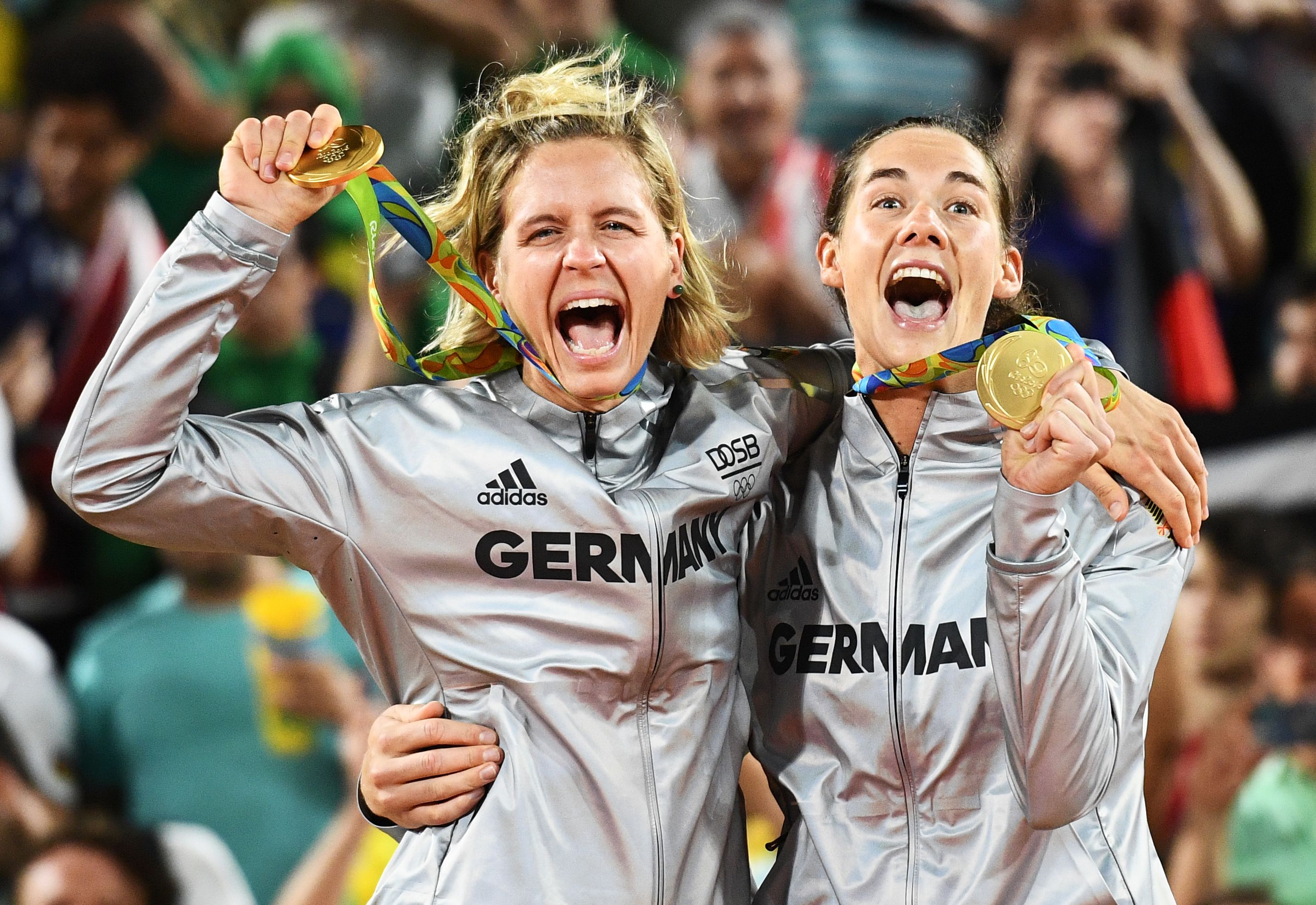 Rio De Janeiro: German beach volleyball duo Laura Ludwig and Kira Walkenhorst took gold in the early hours of Thursday, beating Brazil in gusty conditions to win their country's first female Olympic medal in the sport and silence the partisan Copacabana crowd.
The Germans used the wind and their height advantage, with Walkenhorst's dominance at the net proving too much for Brazil's Agatha Bednarczuk and Barbara Seixas as they won 21-18 21-14 in the final that ended past midnight.
They were the second Brazilian team to lose on a night of heartbreak for the home crowd after America's Kerri Walsh Jennings and April Ross beat Larissa Franca and Talita Antunes to take bronze.
Bednarczuk and Seixas, world champions and playing on home sand, started out as favourites but the Germans quickly showed they would not be cowered by the odds or the hostile crowd.
"We worked on how to be self-confident even with this crowd," Ludwig said after the match. "The Brazilians were really loud, even I had goosebumps, it was really special."
The wind picked up just before the final, swirling around the temporary 12,000-seat arena and making playing conditions difficult. But the Germans dealt much better with the wind, serving three aces while the Brazilians faulted five times.
"There was a storm coming and I thought let's take this storm and make our own storm," Ludwig said.
The Brazilians were crestfallen not to win the country's first female beach volleyball gold since 1996, but admitted the Germans had been the better team.
"It was not good for us when the wind started," Bednarczuk said, explaining that they had struggled to adapt to the gusty conditions. "They deserved the gold medal today."
Earlier on, Walsh Jennings and Ross came from a set down to clinch the bronze.
Walsh Jennings, the sport's most successful player with three gold medals, dominated at the net during the second and third sets as the Americans overpowered Brazil's Larissa Franca and Talita Antunes 17-21 21-17 15-9.
For Walsh Jennings, it was not the fourth gold medal she had cherished, but she leaves Rio having lost only one Olympic beach volleyball match during her career, Tuesday's semi-final against Bednarczuk and Seixas.
Walsh Jennings made six blocks during the match, four of them coming in the final set, as the American showed her experience to keep cool in front of the partisan crowd that booed every U.S. serve and cheered the early Brazilian lead.