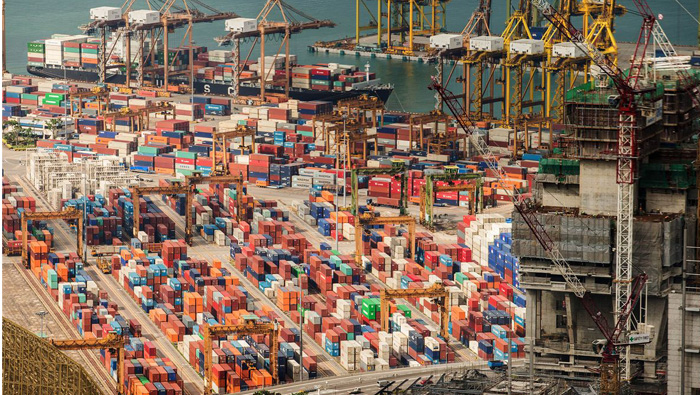 Singapore: Singapore’s exports plunged the most in four months as orders from China, Indonesia and the United States dropped. The local currency fell as the report provided more evidence that the economy is slowing.
Non-oil domestic exports dropped 10.6 per cent in July from a year earlier, worse than the median estimate of a 2.5 per cent decline in a survey of 15 economists, a government report showed on Wednesday. That compares to a revised 2.4 per cent decline in June.
Singapore this month cut the top end of its 2016 growth forecast after the economy expanded less than previously estimated in the second quarter. The island nation, a financial centre and major trading hub, said the world’s prospects have weakened since May, with the UK’s vote to leave the European Union adding uncertainties and China’s economy at risk from a potential spike in debt defaults.
Still, the Monetary Authority of Singapore (MAS) signaled it’s not ready for a second-round of easing after an unexpected move in April, saying August 11 the “current stance of monetary policy remains appropriate” even as additional downside risks in the global economy remain.
“I’d thought the MAS would stay on hold in October, but the risk of a downward re-centering is rising, considering the GDP forecast revision last week, weakness in exports and sluggish consumption,” said Hirofumi Suzuki, an economist at Sumitomo Mitsui Banking. “The Singapore dollar is still strong and continues to hit exports.”
The Singapore dollar fell as much as 0.13 per cent to S$1.3418 against its US counterpart after the report, set for its first decline in three days.
Electronics shipments contracted 12.9 per cent in July from a year earlier, while petrochemical exports fell 35 per cent. Sales to China slid 17 percent, those to the US declined 19 per cent and shipments to Indonesia plunged 23 per cent.