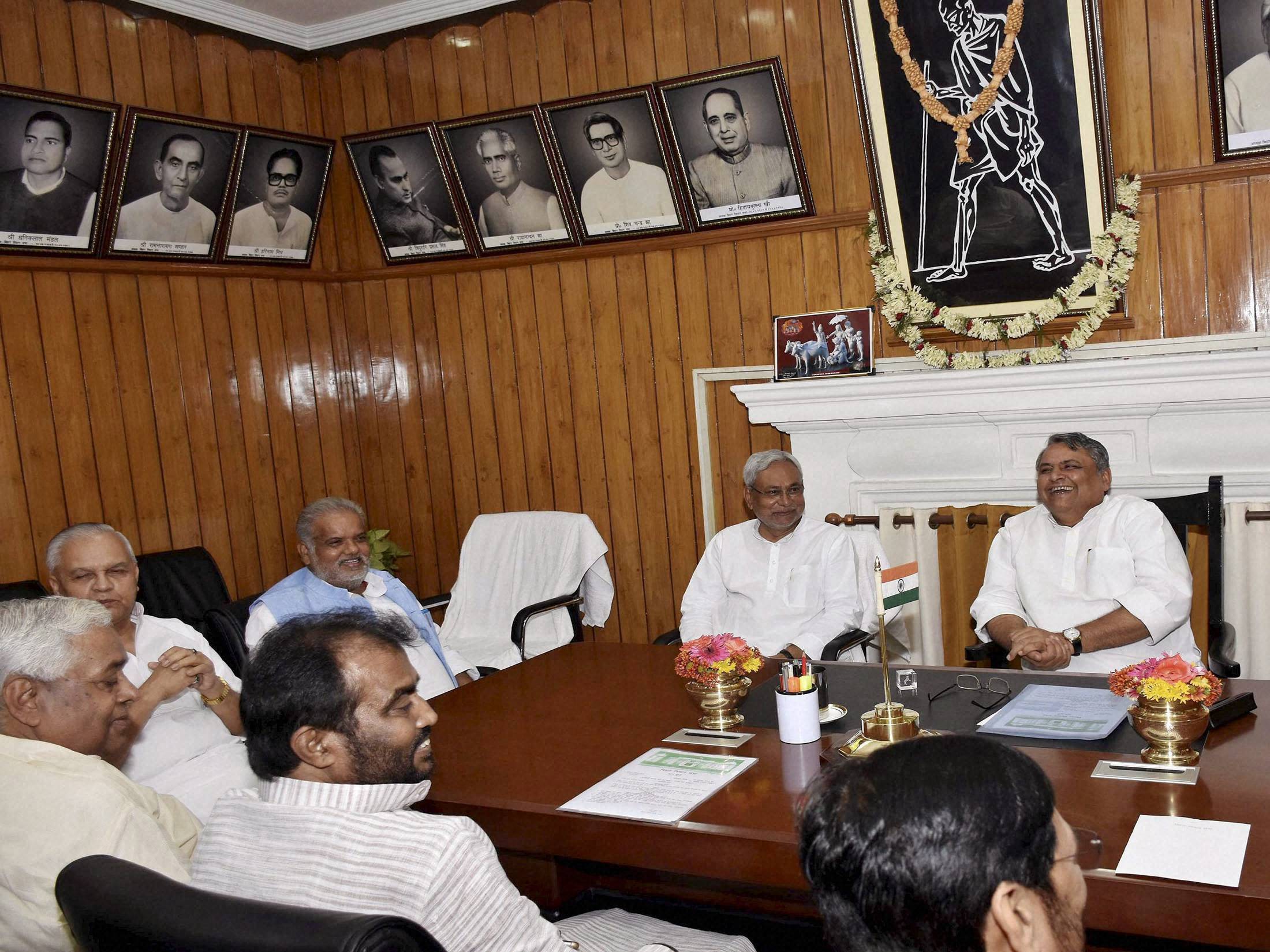 Patna: Bihar on Tuesday became the first non-National Democratic Alliance state to ratify the Constitution Amendment Bill on Goods and Services Tax (GST) after Chief Minister Nitish Kumar counted virtues of the tax reform.
With all the major parties in the state including JD(U), RJD, Congress and BJP in favour of the tax legislation, the House approved the GST Bill through a voice vote.
CPI-ML MLA Mehboob Alam opposed GST and staged a walkout. CPI-ML has three MLAs but only Alam was present. After ratification by the Legislative Assembly, GST Bill was introduced in state's Upper House. Passage of GST by Bihar Legislative Council is a mere formality after its ratification with consent of all major parties in the state. Bihar became the first non-NDA state and overall second after BJP-ruled Assam to pass GST Bill.
The Constitution (122nd Amendment) Bill, 2014 on GST has already been passed by Lok Sabha and Rajya Sabha. The GST Bill, seen as single biggest tax reform after Independence, needs to be ratified by at least 15 state legislatures out of a total of 29 before the President notify GST Council which will decide new tax rate and other issues.
The central government has set a deadline of April, 2017 for its rollout. Intervening in the discussion on GST Bill piloted by Commercial Tax minister Bijendra Prasad Yadav, Chief Minister Nitish Kumar highlighted virtues of the new tax legislation.
The chief minister said he has been in support of the GST from the beginning as it was beneficial for a consumer state like Bihar and has been in favour of it when it was piloted first during UPA time in 2006-7 by then finance minister Pranab Mukherjee.
Counting virtues of the GST, Kumar said it would bring transparency in tax collection and distribution among the Centre and the states. In addition the new tax reform would enable a state to earn a handsome portion from the service tax which earlier used to be an exclusive source of earning for the Union government.
The state would have its share from service tax on Telecom, Railway, Bank and power among others which would bring handsome cash to us, he said. GST would bring parity between manufacturing and consumer states and also do away with expenses on maintaining checkposts on state borders.
GST Council to come up for implementation of GST will have 67 per cent weightage against 33 per cent of the Centre. To pass any resolution in the Council a minimum of 75 per cent support of members, Centre and states, would be needed which is an assurance that states concern cannot be ignored. But, besides lauding GST, the chief minister also expressed certain concerns which he said would be stand point of the state during process of formulation of laws on GST.