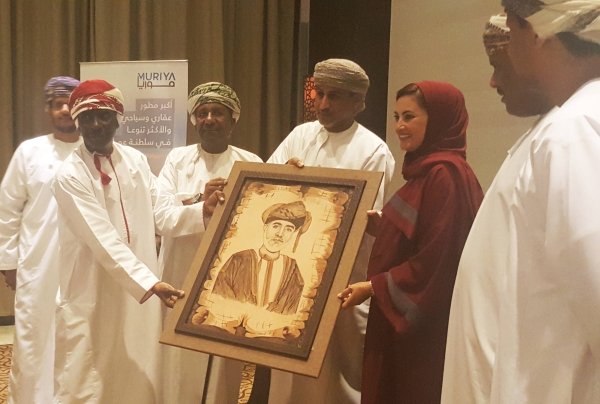 Salalah: Omani tour guides in Salalah will now be able to lead German speaking tourists and tell them stories about Oman, thanks to the efforts of Muriya, which sponsored 15 tour guides who successfully completed a German language training course in the governorate of Dhofar.
To support the Ministry of Tourism’s efforts to create employment opportunities andempower local SMEs, Muriya supported the training, which was conducted by the Goethe Institut.
**media[476354]**
The tour guides will now be able to tell the story of Oman to the growing number of tourists arriving from Germany and German-speaking countries, along with offering the many hospitality options available at Muriya’s Salalah Beach destination in the Governorate of Dhofar.
“While most Omani tour guides communicate with tourists in English, the Sultanate is quickly becoming a popular destination for visitors from non-English speaking countries.
“Last year alone, Salalah Beach destination attracted over 25,000 German tourists.
“We started bringing German tourists to the Governorate of Dhofar in 2012, and their numbers have rapidly increased, given the world-class hospitality available in the governorate. At the end of the day, our tour guides are the face of Oman and are entrusted with the responsibility to enhance the overall visitor experience,” said Issam Al Barwani, Muriya Vice President of Government Affairs.
Over the years, Muriya has helped support and develop Omani talent, and this programme was directly inspired by its CSR initiative ‘Maharati’, which seeks to build local capacities through training programmes. Over the years, the company’s dedication to the community has led to the creation of close to 1,000 jobs across its projects.
“We offered the training course to break the language barrier in tourism. We know that Omanis are the best people to talk about Oman, share its rich heritage and enhance inter-cultural communication. We also wanted to increasethe abilities of Omani talent, as well as open more doors for tour guides within the growing tourism and hospitality sectors,” al Barwani added.
The graduation ceremony was held under the patronage of Her Excellency Maitha Saif Al Mahrouqi, Undersecretary of the Ministry of Tourism.