Give us your gratuity for an NOC, demand private sector bosses in Oman 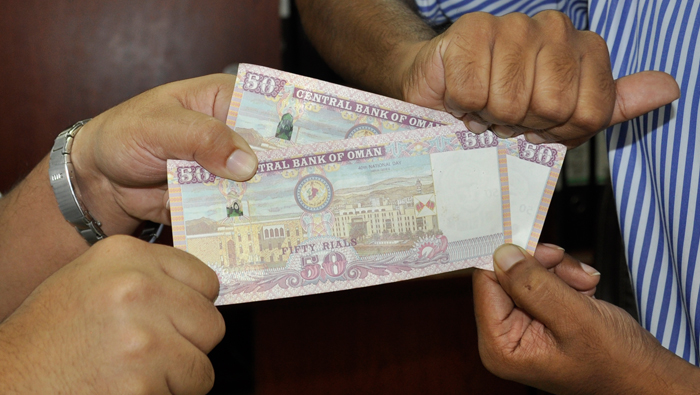 Muscat: A disturbing new trend of expat workers being forced to give up their end of service payments in return for No-Objection Certificates(NOC) has come to light in Oman.
Legal advisors have confirmed that private sector bosses are using NOCs to avoid paying employees who leave the company.
Get your essential daily briefing delivered direct to your email inbox with our e-newsletter
A senior advisor to the Ministry of Manpower has warned that companies doing this are breaking Oman’s employment law.
The NOC is a vital document for anyone who wishes to leave one employer to work elsewhere within Oman.
Read here: 'Trade in NOCs for expats ‘illegal’ in Oman'
Switching jobs
Currently, an expatriate worker can switch jobs in the Sultanate only if his/her employer agrees to grant the no-objection letter. Without it, the law prevents the expatriate from returning to Oman to work for a two-year period.
“Recently, three such cases came to us. They were looking for legal options. However, finally, as they didn’t want to spoil the chances of getting an NOC, they agreed with the employer to give up their gratuity,” one legal advisor said. Another advisor said that an expatriate employer gave up his OMR12, 000 gratuity to get the NOC.
“He gave up the money and took the NOC option. Now, he will be returning to Oman in a new job,” the legal advisor said, adding that it’s a violation of the labour law to deny gratuity but that some workers go along with it because they want to move to a better job.
Also read: NOC, two-year ban to stay until Oman economy improves
Fix an agreement
Some companies are even dodging the law by ensuring that – on paper at least – it looks like the full gratuity has been paid, but they then fix an agreement with the employee to collect the money back, in exchange for the essential NOC.
“What employers do is that they deposit the money in the employee’s account and take it back,” the legal adviser said.
A worker in Muscat, who is suffering from health issues, wanted to go back home and he has been told to pay money or give up his salary in return for the release of his NOC.
“I came here with high hopes but the salary mentioned in the job contract was not offered. “However, I was okay with that. But now, my health condition is not well. I want to go for treatment and look for a new job in Oman again after that. When I asked for NOC and release, the company is asking me to pay money or give up my salary,” the worker said.
Article 39 of the Oman Labour Law states that on termination, workers who are not beneficiaries of the Social Insurance Law shall be given a post service gratuity in the amount of the wage of 15 days for each year of service for the first three years, and the wage of one month for each of the following years.
Last basic wage
The law adds that the worker shall be entitled to the gratuity for a fraction of the year proportionate to the period of his service and the last basic wage of the worker shall be considered the basis for the calculation of the gratuity.
“The continuous period of service, which commenced prior to the enforcement of this law, shall be included in the period of service which is considered for determining the period for which gratuity is payable. The said gratuity shall not be payable if the duration of service is less than one year,” the law states.
A trade union leader in Oman who had to settle such a case recently confirmed that it’s happening in Oman.
Service benefits
“One Egyptian worker approached us claiming that his employer is asking him to give up his end of service benefits in return for an NOC. We talked to the employer and got the worker the end of service benefits,” Mohammed Al Farji, a board member of Oman trade union, said, adding that it is illegal in Oman to deny a worker his end of service benefits and gratuity.
Said Salem Al Saadi, advisor at the Ministry of Manpower, said that companies telling workers to compromise gratuity for NOC is illegal.
“If companies push workers to do so, they should approach us. It is illegal,” the advisor added.
International Trade Union Confederation (ITUC) general secretary said that to deny workers their entitlements as the price for an NOC is theft.
“Employers should be legally sanctioned for this denial of rights,” Sharan Burrow, the ITCU general secretary, told Times of Oman.
Unacceptable
An official from Oman Chamber of Commerce and Industry said that such practices are not acceptable at all.
“Those who demand such from their employee in order to issue them an NOC letter need to be legally questioned,” Mohammed Al Ansi, Vice President of OCCI, said.
Tonia Gray, general manager at Competence HR, said that she has also heard of expats being asked to give up their gratuity to obtain an NOC.
“Unfortunately, the labour law does not protect the employee when it comes to them obtaining an NOC in that the employee does not have the right to an NOC. As such, unscrupulous employers will try and obtain some recompense for releasing the individual or to impose some penalty on the employee who wishes to leave,” Tonia said.