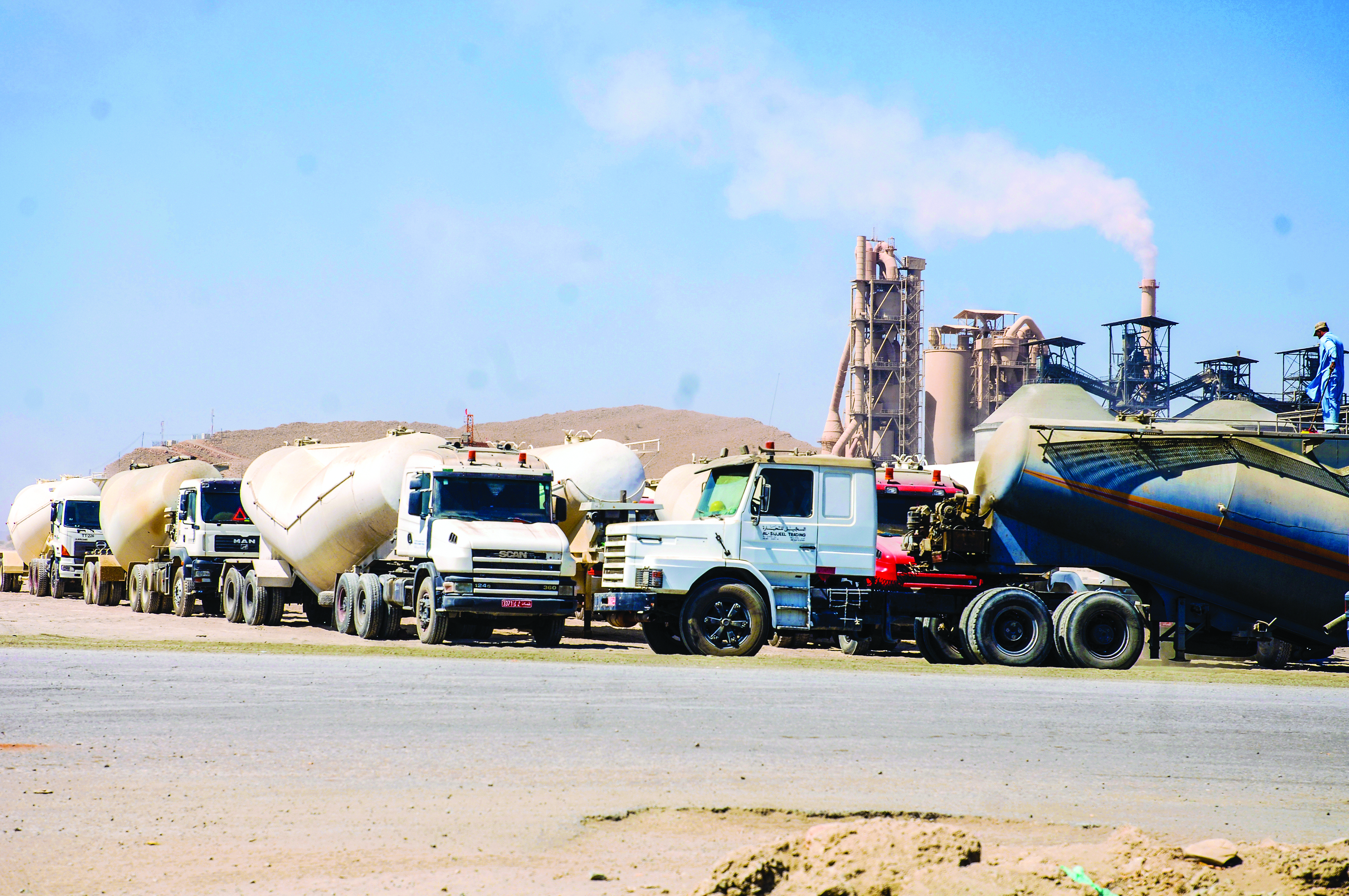 Muscat: Oman’s two cement producers — Oman Cement Company and Raysut Cement Company — are planning to build a new cement plant in joint venture within the Duqm Special Economic Zone, both companies said in separate disclosures on the Muscat Securities Market (MSM).
“The new company will be named the Al Wusta Cement Company LLC. The new company proposes to set up a new cement plant in the near future, subject to detailed feasibility studies,” the statement noted. The new project will also progress in coordination with the Duqm Special Economic Zone Authority.
Following the news, Oman Cement shares surged by 2.55 per cent to 482 baisas, with 270,656 shares changing hands on MSM. Similarly, Raysut Cement’s shares moved up 2.07 per cent to OMR1.48 on better demand for 20,600 shares.
The two cement producers have achieved a 10.78 per cent (an additional 312,545 tonnes) growth in combined cement sales at 3.21 million tonnes in the first half of 2016, up from 2.90 million tonnes for the same period of last year, and despite severe competition from neighbouring cement producers. A few years ago, the two were complaining against dumping by United Arab Emirates(UAE) firms, after these firms faced a glut in demand in their domestic market in the aftermath of a global financial crisis.
The country’s construction projects, that mainly involve building infrastructure, have propped up demand for cement.
Since several mega projects are coming up in Duqm and the transportation cost is high for cement, it is an ideal location for a cement plant to meet the requirements of the Al Wusta region.
The construction industry in Duqm, which is getting a boost from several projects, including a refinery, a petrochemical complex, China’s industrial zone, fisheries zone and roads, is expected to drive demand for cement in the coming years.
Raysut Cement alone produced 2.02 million tonnes of cement (and sold 2.01 million tonnes) in the first half, while Oman Cement produced 1.21 million tonnes of cement (and sold 1.20 million tonnes) during the same period.
Major markets
The major markets for the Raysut Cement are Oman, Yemen and the East African markets, while Pioneer Cement (a subsidiary of Raysut) focuses on the UAE and Oman markets.
In southern Oman and southern Yemen markets, Raysut Cement is the major player.
In fact, work is in progress at Pioneer Cement to create additional capacity for a 12,000-tonne silo, with four compartments, the commission for which is expected to end in November 2016.
Parent company Raysut Cement’s project for upgrading a Gas Supply Station in Salalah is also under progress.
Upon project completion, the production capacity of cement will be increased by about 130,000 to 140,000 tonnes per annum.