Oman tourism: Sheraton Hotel poised to reopen after a decade 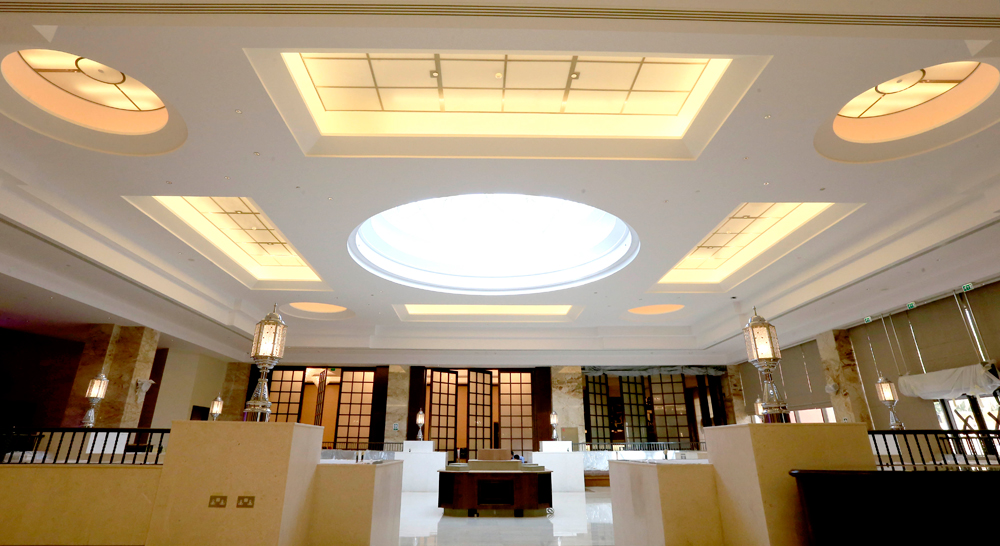 Muscat: It has been a Muscat landmark since its construction in 1985. Now, a decade after closing, the iconic five-star Sheraton Hotel is planning to re-open its doors this October.
Get your essential daily briefing delivered direct to your email inbox with our e-newsletter
Sheraton Oman, a 14-storey tower which dominates the skyline in Ruwi’s business district, will start booking guests in the coming weeks, the hotel’s general manager has confirmed. The hotel is one of the tallest buildings in the country with 14 floors.
In pictures: Sneak peek into iconic Sheraton Hotel
The new hotel will have 230 rooms, including 27 suites. There will be 14 junior suites, nine studio suites, two executive suites, one diplomatic suite and one royal suite.
For business guests, it will have nine meeting rooms, two boardrooms and the Oman ball room, with close to 1,200 square metres, which can accommodate 1,000 guests. The soon-to-be-completed parking structure will accommodate 300 vehicles.
**media[475311]**
“The booking channels will be open soon and we will be having a soft-opening in October. Enquiries have already been received and we are hopeful that we may get an occupancy rate ranging above 70 to 80 per cent during the peak season,” Thomas van Opstal, the General Manager of Sheraton Oman, said in an exclusive interview with Times of Oman.
Operated by Starwood Hotel and Resorts, the hotel is owned by Al Hashar Group and Lulu Group.
The general manager, who is quite optimistic in getting business during the economic downturn, said that the Sheraton brand name coupled with the high standard of service it can offer will bring in business for them.
**media[475313]**
“We agree that occupancy rates are under pressure in the region but we bank on the name Sheraton, a familiar one for everyone in the region, and the personalised service which we can offer. We will focus more on business guests in addition to leisure,” the general manager, who has three decades of experience with Sheraton, added.
According to latest government data, hotel income in Oman has slumped by 36 per cent and there was an overall 19 per cent drop in visitors to the Sultanate.
The refurbished hotel will have new interiors with an Omani cultural touch, “Courtyard” the all-day dining, “Asado” a South American steak house, outdoor and indoor swimming pools and also a spa.
“Ten years back, when the hotel closed its doors, it didn’t have a spa,” the general manger added.
“The rate for the deluxe rooms will start at OMR70. The suites will cost a little more,” he said.
“We will also once again feature the famous Sea Food Night which was unique with us while we were operating 10 years ago. On customers’ demand, we will be having it again. We are one of the few hotels in Oman having outdoor and indoor swimming pools, with exclusive timings for ladies every week,” the general manager added.
According to the government report, during the first half of this year, 658,793 guests checked in to 3-5 star hotels with total revenues amounting to OMR88,635,000.
Oman attracted more than 1.2 million visitors in total during the first half of 2016.
The GCC accounted for the majority of this figure, with 416,339 visitors, followed by India with 135,349. There were 91,919 visitors from the UK, while Germany rounded out the top four (81,584).