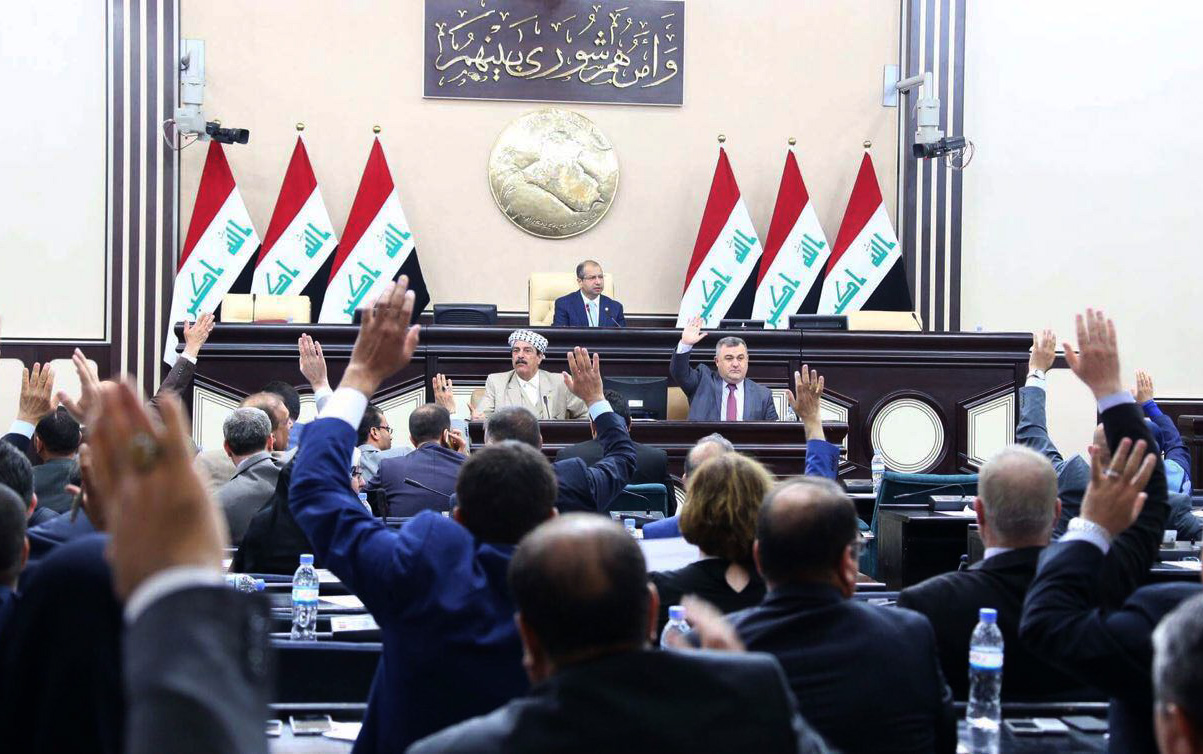 Baghdad: Iraq's parliament approved the appointment of Jabar Ali Al Luaibi, former head of the main state oil firm, as oil minister in a cabinet overhaul on Monday that bolsters Prime Minister Haider Al Abadi's leadership.
Luaibi, who led the South Oil Company that produces most of the OPEC nation's crude, was one of six candidates Abadi nominated to fill vacant ministerial jobs.
Parliament approved five of them, state television said, rejecting only Abadi's pick for trade minister.
The vote eases a political crisis that broke out in February over anti-graft reforms sought by Abadi, and consolidates his position ahead of a battle planned for later this year to recapture Mosul, the largest city under IS control.
US envoy to the anti-IS coalition Brett McGurk welcomed the approval of the five ministers, saying in a tweet that parliament's endorsement had overcome months of deadlock.
Demonstrations by supporters of powerful cleric Moqtada Al Sadr in support of anti-graft reforms turned violent in May, after influential political groups blocked Abadi's plan.
The premier announced in February his intention to overhaul the cabinet by appointing independent technocrats as ministers to loosen a political patronage system that breeds graft.
Five of the 22 government ministers resigned following his announcement, followed by a sixth, the interior minister, after a massive bombing in central Baghdad in July. Abadi has yet to propose a new interior minister.
The whereabouts of a seventh, former trade minister Milas Mohammed Abdul Kareem, are unknown after authorities investigating alleged corruption issued an arrest warrant for him in October. Abdul Kareem has said the allegations were not based on solid evidence.
The other ministers refused to budge, with the support of influential political groups who thrive on the patronage system that allows them to amass wealth and influence.
Abadi could also suffer a setback should parliament withdraw confidence from Khaled Al Obeidi, the defence minister he wants to keep for the sake of maintaining momentum against IS.
Parliament voted on Monday to reject explanations given by Obeidi after they grilled him earlier this month on allegations of corruption involving weapons contracts.
The vote doesn't mean the removal of Obeidi as another vote will be required in parliament to demand his resignation, according to Parliament Speaker Salim Al Jabouri.
During his August 1 appearance before parliament, Obeidi responded by accusing Jabouri and five other MPs of corruption. An Iraqi court last week cleared Jabouri of those charges, citing lack of evidence
Thirteen years after the US-led invasion that toppled Saddam Hussein, Iraq ranks 161st out of 168 nations in Transparency International's Corruption Index.
It still suffers electricity and water cuts, as well as shortages of schools and hospitals, while existing facilities and infrastructure suffer widespread neglect and mismanagement.
Corruption continued to eat away at state resources even after they sharply declined when oil prices collapsed two years ago, and despite the rising costs of the war on IS.
Luaibi, the new oil minister, was on a previous list of ministerial candidates, blocked by parliament in April.
In his first comments after being sworn in, he said a solution to the Iraqi government's conflict over oil with the Kurdish self-ruled region was possible.
"There are solutions to the existing problems between the federal government and the Kurdistan Regional Government about the oil file," he told Baghdad-based Sumaria TV.
The conflict centres on the Kurdish region's crude oil exports which Baghdad wants to bring under its control.
OPEC's second-largest producer after Saudi Arabia, Iraq produces about 4.6 million barrels of crude oil per day, most of it from the southern region overseen by South Oil Company.
About 500,000 barrels per day are exported from the Kurdish region independently from Baghdad.
A solution will increase the nation's crude exports by allowing Baghdad to carry some of its oil through a Kurdish pipeline to a Turkish port on the Mediterranean.