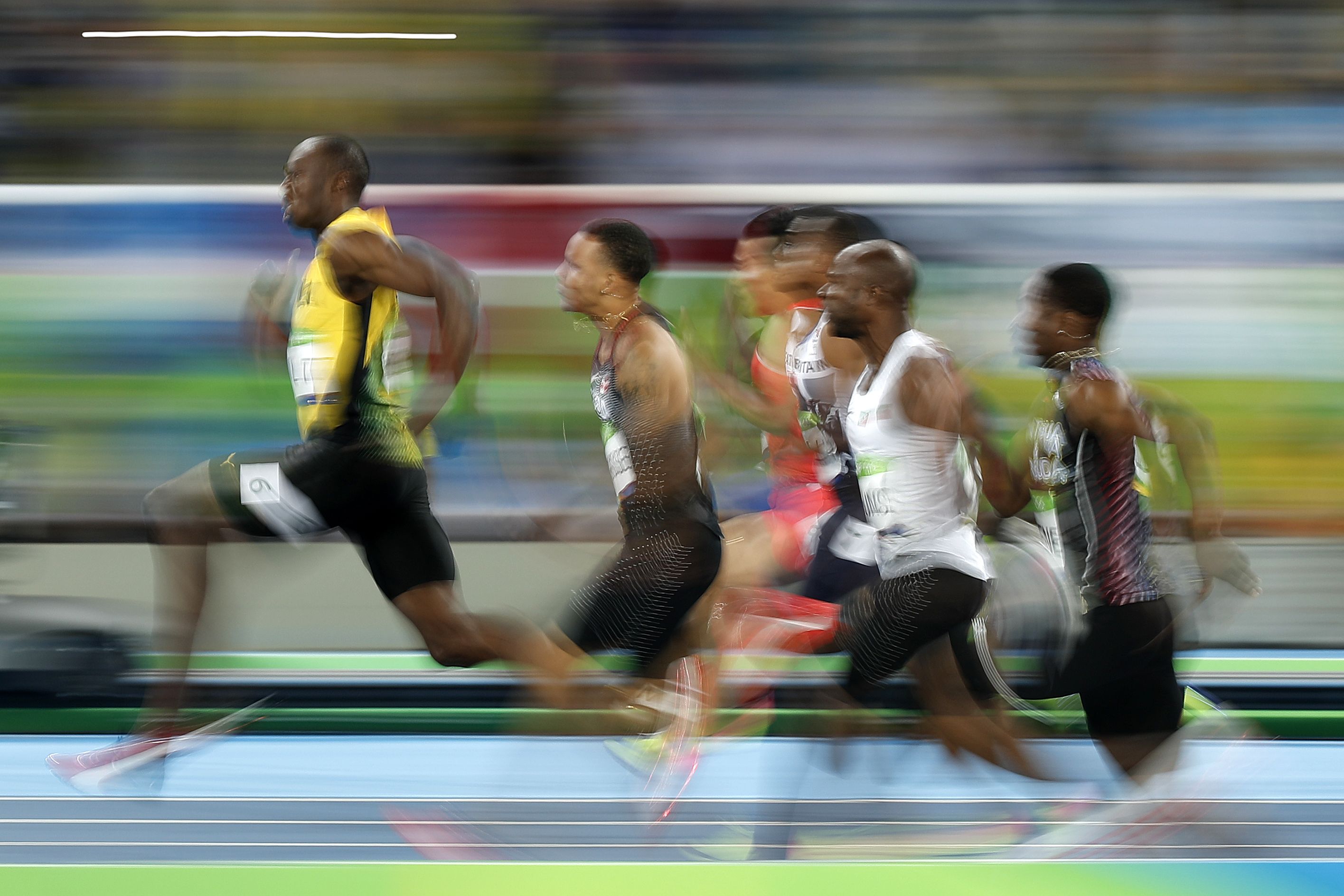 Rio De Janeiro: For 9.81 glorious seconds on Sunday all the ills that have dogged athletics were forgotten as Usain Bolt stormed to victory in the 100 metres final to become the first man to win three successive Olympic titles on the track.
The Jamaican trailed arch-rival Justin Gatlin, roundly booed by the Rio crowd for his doping past, until the 70 metre mark but then swept past the tightening American, finding time to pat his chest as he crossed the line a metre clear. Gatlin, the 2004 champion who came into the race with the season's fastest time of 9.80, took second in 9.89.
Canada's Andre de Grasse claimed bronze in 9.91 seconds - the same finishing order as in last year's world championships. Victory took Bolt a step closer to his goal of winning a historic "triple-triple" combination of gold in the 100m, 200m and the 4x100m relay in three consecutive Olympics. "Stay tuned, two more to go," Bolt said.
"Somebody said I can become immortal. Two more medals to go and I can sign off. Immortal. "It wasn't perfect today but I got it done and I'm pretty proud of what I've achieved - nobody else has done it or even attempted it." Other than the 2011 world championships, when he was disqualified for a false start, Bolt has won every global championship individual sprint race since 2008.
That equates to five Olympic golds and seven in the world championships. Throw in two more Olympic and four world championship 4x100m relay golds and the world record in all three events and that is total and utter domination Already assured of his legendary status on the track, Bolt also added to his reputation as sport's number-one crowd pleaser as he took a leisurely circuit of the stadium, posing for pictures and shaking a thousand hands before taking time to satisfy the demands of the world's media.
Official relief
If the fans were pleased, it is hard to imagine the relief felt by officials of the IAAF and IOC, who must have been dreading a Gatlin victory. The American has served two drugs bans, though he denies any deliberate wrongdoing for either, and at 34 was bidding to become the oldest 100m champion.
The Rio fans showed what they thought of him as he was loudly booed as he entered the arena and Gatlin returned the compliment by being the only finalist not to acknowledge the them. Bolt, in contrast, brought the spectators to the usual fever pitch of excitement as he strolled in, smiling and waving.
"I was surprised," Bolt said. "It is the first time I have come into a stadium and they booed someone. It was shocking." It was no surprise to see Gatlin, the fastest man in the semi-finals, get his usual explosive start but Bolt took longer than usual to reel him in.
"He always gets a great start and mine wasn't so good but I just thought 'don't panic, work my way back'," Bolt said. "On the replay it looked worse than it felt in the race and after feeling so good in the semis I was very confident. I just had to keep my composure and execute. And that's what I did." The big Jamaican eventually unravelled his long legs to reach maximum velocity and though he did not hit the front until later than he might have liked, when he did he shot past a grimacing Gatlin like a track cyclist coming out of a slipstream in the velodrome.
The time was a long way off his 2009 world record of 9.58 and his victory was probably the least dominant of all but last year's world championships final, but that was never the issue at stake. "I expected to go faster," he said. "But I'm just happy that I won and that's the key thing." Gatlin had nothing but praise for a man he has watched come past him so often.
"He's a cool guy, there's no rivalry between us, no bad blood," he said. "When it comes down to it I guess I've given him his closest races in all his career. To be able to say that at the age I'm at right now, is an honour." Yohan Blake called his compatriot and training partner "an icon and a true warrior of the sport". "To come back and win three times he's a one of a kind," said the 2011 world champion, who finished fourth in 9.93. "I just want to say congrats. He's a legend. He's incredible."