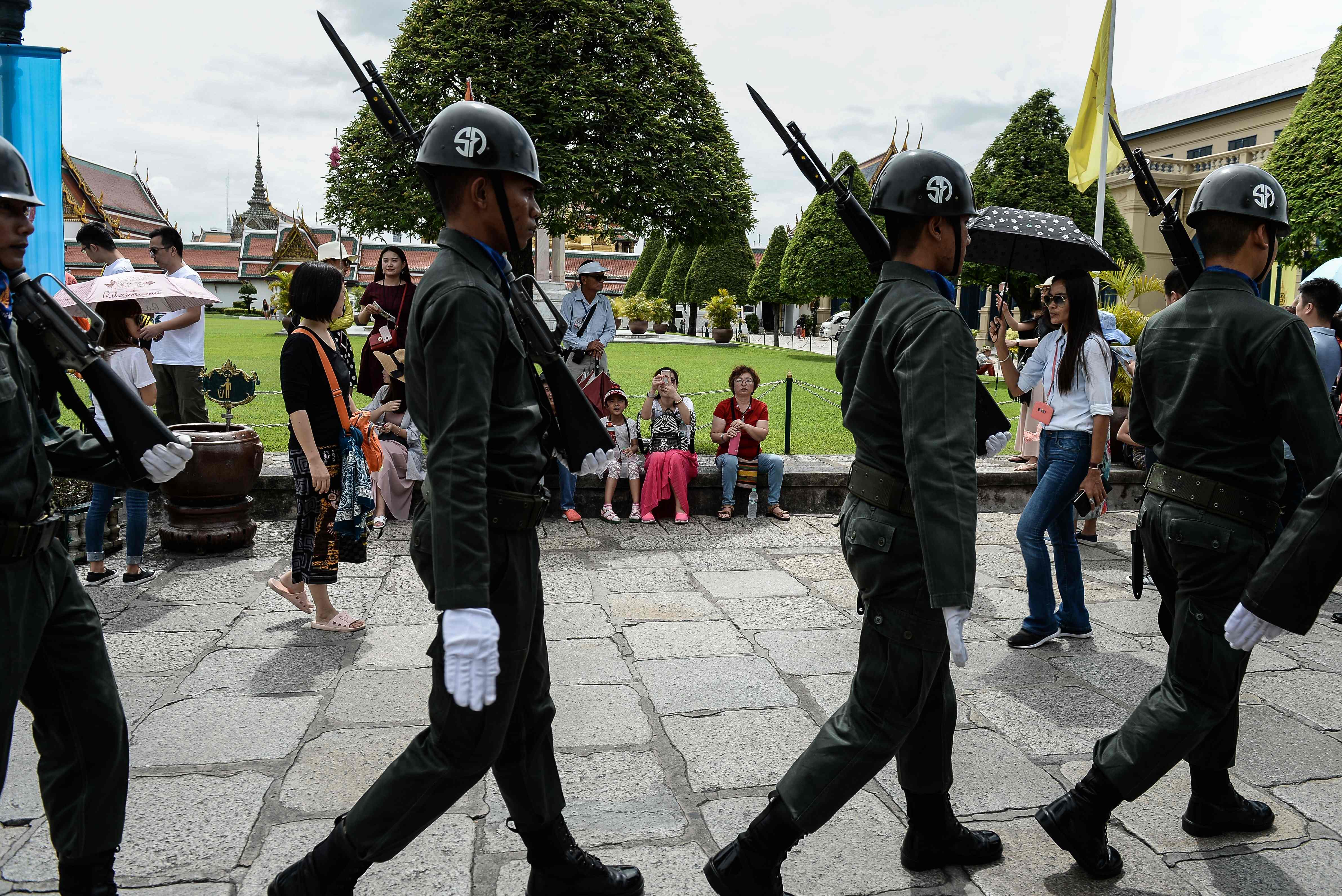 Bangkok: A series of bombing and arson attacks in southern Thailand that killed four people and wounded dozens was orchestrated by a single person, Thai police said on Sunday, while a man has been arrested in relation to one of the attacks. Blasts on Thursday and Friday targeted some of Thailand's best-known tourist resorts, just days after Thais voted to accept a military-backed constitution that paves the way for an election at the end of 2017.
"These acts were undertaken by a group in many areas simultaneously, following orders from one individual," Pongsapat Pongcharoen, a deputy national police chief, told reporters.
He gave no further details on who police believe was responsible for the attacks and no group has claimed them. Analysts say suspicion would inevitably on fall on enemies of the ruling junta aggrieved by the referendum results, or insurgents from Muslim-majority provinces in the south of the mostly Buddhist country.
Bombs went off on Thursday and Friday in the upscale resort of Hua Hin and beach destinations in the south including Phuket, Phang Nga and Surat Thani, a city that is the gateway to popular islands in the Gulf of Thailand. The wave of attacks came as tourists flocked to the beaches at the start of a public holiday.
Several attacks used incendiary devices that hit shops and markets in southern Thai provinces. A man has been arrested and was being questioned in connection to an arson attack on a supermarket in the southern province of Nakhon Si Thammarat, Pongsapat said. Police believe more than one individual was involved in that attack, he said. The movements of other suspects were being monitored, he added.
In Phang Nga, two devices that authorities believe failed to go off were found on Saturday near a market that was torched in an attack early on Friday. "One worked and the other two didn't," Phakaphong Tavipatana, the governor of Phang Nga, told Reuters, adding that police hoped to find fingerprints on the defused devices.
Prime Minister Prayuth Chan-ocha has instructed the police to be thorough and cautious in their investigation, said Pongsapat, adding that police were "not catching scapegoats." Thai police have come under fire in the past over investigations into high profile cases, including the brutal murders of two British backpackers on a tourist island in 2014. Fears that followers of former prime ministers Thaksin Shinawatra and his sister Yingluck Shinawatra could be blamed prompted a senior figure in their Puea Thai Party to issue a sharp denial on Saturday.
The anti-government United Front For Democracy Against Dictatorship (UDD), known as the "red shirt" group and sympathetic to the Shinawatras, condemned the attacks in a statement on Sunday. The group also criticised the government and political parties over suggestions that the attacks were undertaken by people who rejected the constitution in the referendum. The UDD said the junta may use the attacks as justification to stay in power longer. Thailand has been divided for more than a decade between populist political forces led by Thaksin, who was toppled in a 2006 coup, and the royalist and military establishment, which accuses him of corruption. His sister Yingluck swept to power in an election in 2011, before being ousted in another coup led by Prayuth in 2014.
At last Sunday's referendum voters in Thaksin's northeast stronghold voted to reject the constitution, which opponents of the junta said would entrench the military's power and deepen divisions. Voters in three mostly Muslim southern provinces, where separatists have been fighting with the military for than a decade, also voted against the new constitution. No evidence has been found yet to connect southern insurgents to the attacks, Pongsapat said, but DNA samples collected at the blast sites were being compared with databases in the southern Muslim provinces.