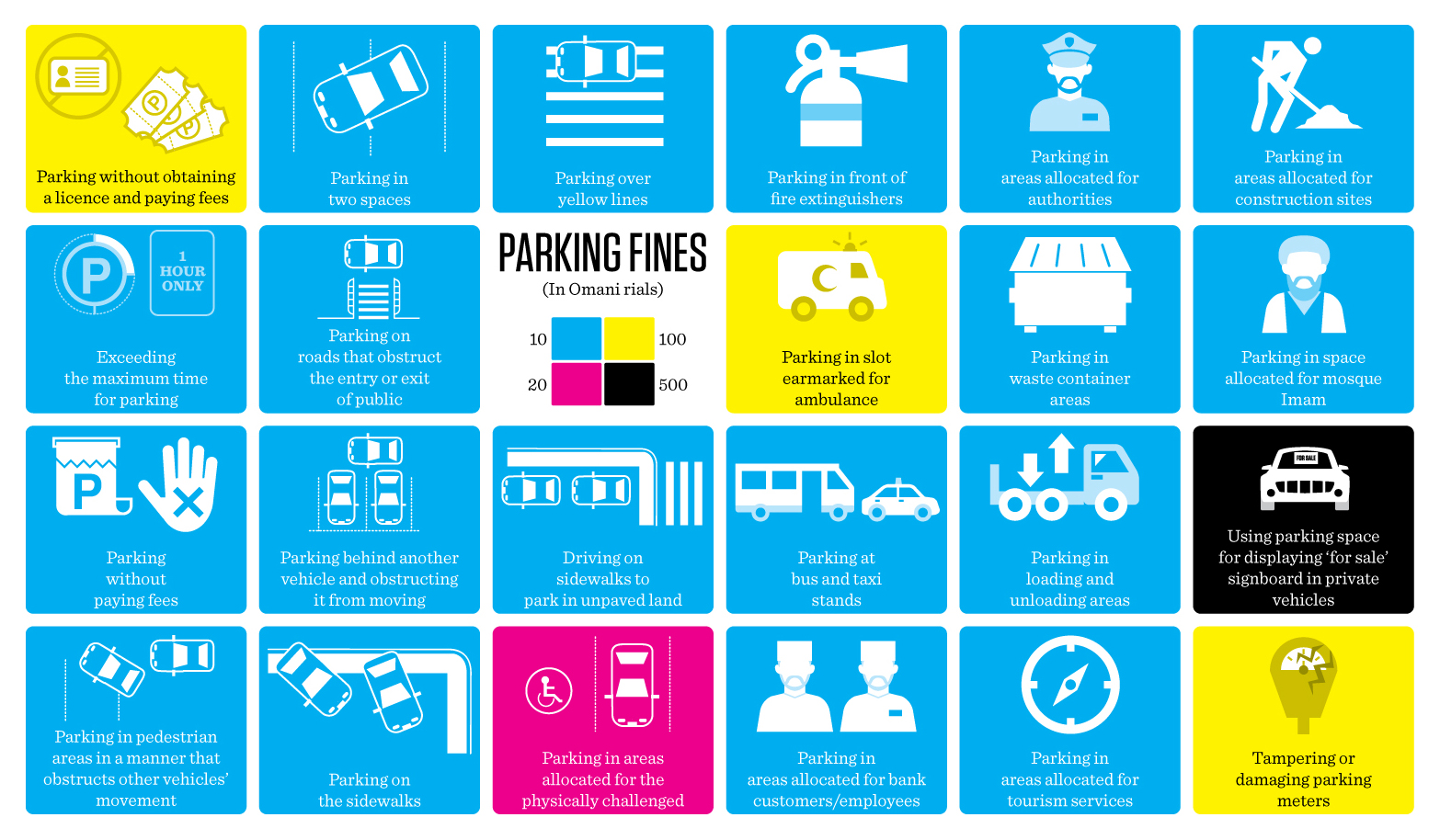 Muscat: How many times have you tried to park only to be blocked by an inconsiderate driver taking up two spaces?
Well now they, and the rest of their uncaring lot, face fines of up to OMR500, as officials bring in a raft of new fines for dozens of parking offences.
Get your essential daily briefing delivered direct to your email inbox with our e-newsletter
According to an order issued by the Muscat Municipality, drivers who occupy two parking lots to park one vehicle will be fined OMR10 and those occupying a parking lot reserved for disabled motorists will have to pay OMR20.
“Those leaving their car in a parking lot reserved for ambulance parking will have to pay OMR100 and those who leave their vehicles for sale or for advertisement purposes in public parking areas and sidewalks will also be slapped a fine of OMR500,” the order says.
However, the order has excluded the ambulances, police patrol, civil defence vehicles, municipality vehicles and government vehicles approved by the municipality.
The order issued by Eng Mohsen bin Mohammed bin Ali Al Shaikh, Chairman of Muscat Municipality, also says that motorists have to pay 200 baisas as parking fee for every hour and those interested in booking the parking lot for the whole month have to pay OMR50 while they have to pay OMR15 as a fee for private parking permit.
Mohammed Al Busaidi, a Majlis Al Shura member, said that such regulations are always welcomed.
“It’s a welcome effort made by the Muscat Municipality to regulate the public parking especially as there are some motorists who park their vehicles irresponsibly causing inconvenience to others,” said Al Busaidi.
**media[474591]**
However, Al Busaidi explained that the municipality has to consider the lack of parking lots in some area especially those close to ministries’ area, hospitals, banks and others. Al Busaidi said that some irresponsible behaviours need not only heftier fines, but also legal actions.
“We have to fine violators when service and facilities are there. But in some cases, I can see people are sometimes forced to violate the rules when there is not enough parking slots especially when the motorist is forced to park due to an emergency situation,” said Al Busaidi.
“Parking behind vehicles and blocking movement is a very bad behaviour of some. This is selfishness.
“What about if the other person has a flight to catch or may have to transfer a patient to a hospital. Such people should be fined and must face legal actions,” said Al Busaidi.
Ahmed Juma, a taxi driver based in Muscat, while welcoming the new order said that it is a good news especially when they suffer from somebody encroaching their parking lots.
“I sometimes find it difficult to park my taxi in an area designated for us. I understand people who park in such places are forced to do so as they might have emergency cases but there are many cases where people just park their vehicles and disappear for days,” said Ahmed.
Hussain Kamil, an Omani national who lives in Qurum said that the new fines are “unreasonable, since most of the public buildings lack sufficient parking areas”.
He argued that such rules can be deemed unfair if the drivers were not given “a legal option”.
“You can’t punish people before providing an alternative to them,” Hussain said, adding that he welcomes imposing heftier fines on people who occupy parking allocated for disabled people.
Support
Musab Fadhlani, an Omani resident in Bausher, expressed his support to increasing fines on motorists who occupy handicapped and ambulance parking areas.
However, Musab argued that many people struggle to find a place to park their car at many places, forcing them to park on yellow lines and sidewalks.
“I think it is unfair to fine them when they have no other alternatives. Many drivers grapple with finding a legal parking during Friday prayers or public events. There must be some exceptional cases where people are allowed to park their car on sidewalk if they are not causing any traffic disturbance,” he added.
Maaz Firdous, a consultant at an engineering firm in Oman, said that the fines are completely justified.
“A few fines may even be heftier; however there is a concern about lack of parking in certain areas,” Firdous added.