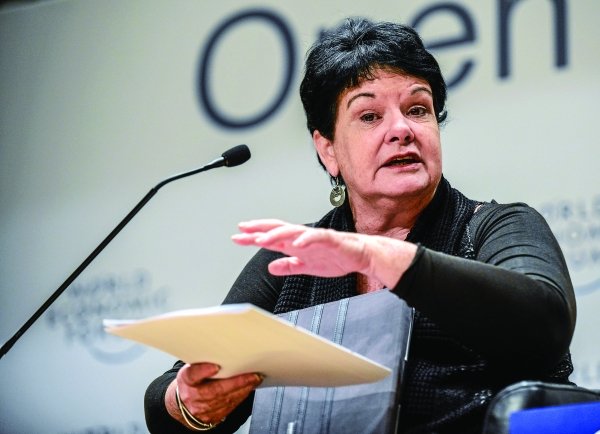 Muscat: India’s move to protect its female migrant workers is a good thing, the International Trade Union Confederation’s (ITUC’s) General Secretary said.
“Any measures which defeat the abuse of domestic workers by shady recruitment agencies is a good thing,” Sharan Burrow, ITUC general secretary, told the Times of Oman.
**media[473533]**
Last week, the Indian government had announced that every Indian female, who wants to work in Oman, must obtain a job offer via a government approved agency.
In a bid to tackle the exploitation of Indian female workers, at least six approved manpower agencies have been listed by the government of India, and the Indian ambassador to Oman has confirmed that they are working with the Sultanate to implement the new rules. The new ruling became effective immediately after being approved by the Indian Parliament on August 3.
The new rule is being considered a bold move, aimed at cutting down on the number Indian women being exploited or conned into jobs in the Gulf region, via backstreet employment agencies.
“When combined with the promise of legislated rights and a tri-partite labour court, we hope to see real reform,” Burrow remarked.
Last September, the ITUC chief had urged the Oman government to set up labour courts to settle worker-employer disputes exclusively.
According to the new move, women seeking a job in Emigration Check Required (ECR) countries, including Oman, will now have to migrate only through government recruitment agencies.
In an answer to a query raised in the Indian Parliament on August 3, VK Singh, the Minister of State in the Ministry of External Affairs, said the government’s attention has been drawn from time to time to the issue of exploitation of female workers leaving for employment in the Gulf countries.
India’s Emigration Act, 1983, provides that no citizen of India shall migrate, unless he obtains emigration clearance from Protector of Emigrants and currently 17 countries, including all Gulf Cooperation Council (GCC) countries, have been categorised as Emigration Check Required (ECR) countries.
Confirming the decision, Indra Mani Pandey, the Indian ambassador to Oman, had said that all Indian women seeking jobs in ECR countries have to migrate through government agencies.
“We have shared the list of agencies with the government of Oman. We will work together with the Oman government for a smooth implementation of the decision,” the Indian ambassador said. Recently, a number of exploitation cases concerning women, who have not migrated to Oman through proper channels, have been reported.
Currently, there are 38,806 Indian women working in the Sultanate, according to Oman’s National Centre of Statistics and Information’s data released in July.
An official from the Oman Human Rights Council (OHRC) said they believe it is crucial that countries sending and employing female expatriate workers come up with a clear framework, which ensures the protection of those leaving their countries of origin to work elsewhere.
According to the Indian government’s data, 84,981 Indians migrated to Oman in 2015 and 37,643 migrated during the first six months of this year.
In March 2015, the Indian government had implemented a digital system of Emigration Clearance (EC) called e-Migrate, in which the data of all emigrants holding Emigration Check Required (ECR) passports, and emigrating for overseas employment to ECR countries is captured.
In February 2015, the Indian government had launched an online Consular Grievances Management System named MADAD, to extend a helping hand to Indians abroad, who require consular assistance and to redress their grievances. According to the latest data, 11,160 complaints have been registered through the portal, of which 51 per cent (5,709) were reported from GCC countries.