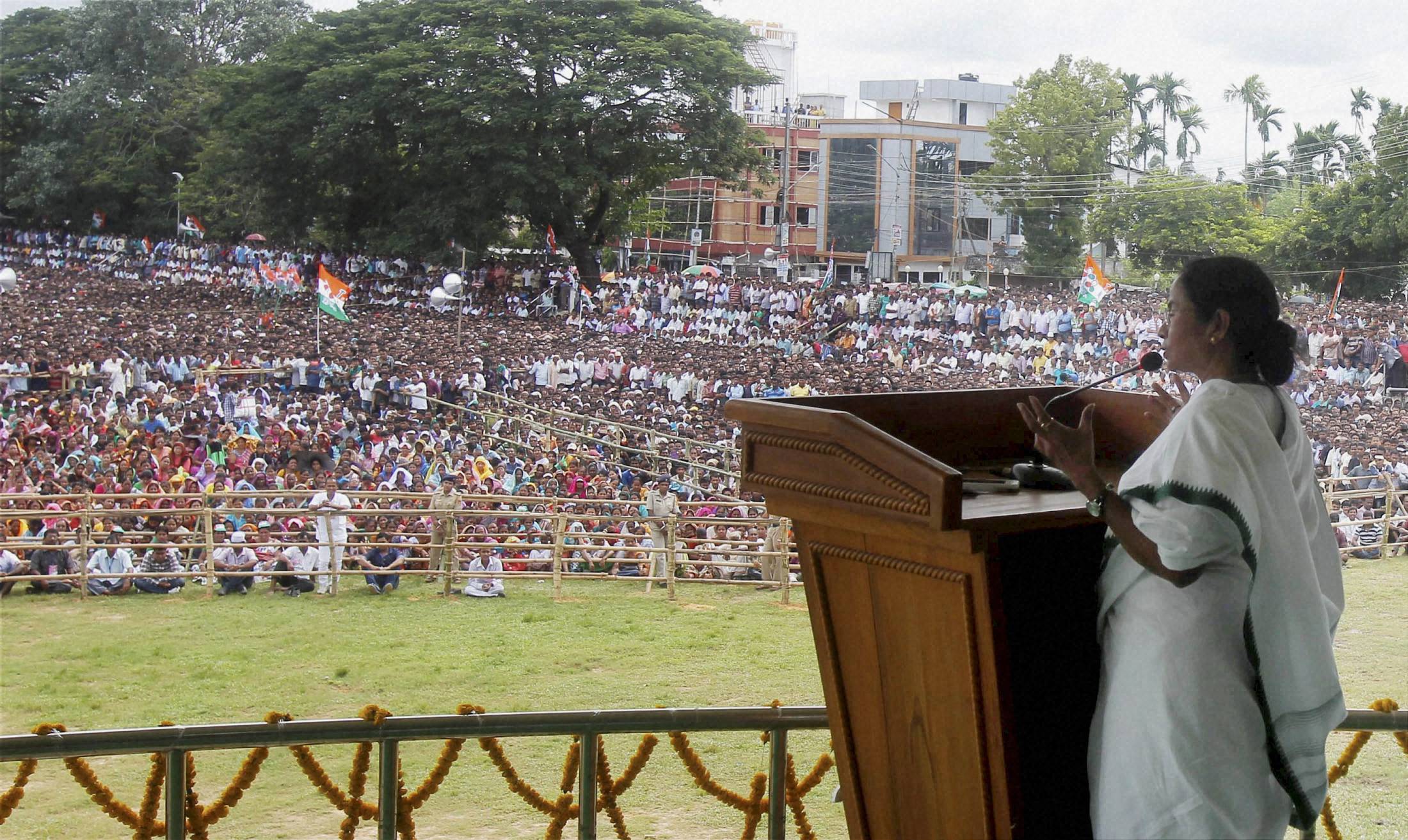 Allahabad: Coming down heavily on the ruling Trinamool Congress in West Bengal over the Narada sting operation case, the BJP on Saturday demanded that Chief Minister Mamata Banerjee sack her top leaders who figured in the tapes in the wake of the findings of the Central Forensic Science Laboratory.
"During the assembly polls, Mamata kept alleging that the tapes that had emerged as a result of the sting operation were doctored. Now, the CFSL has examined the tapes following directions of the Calcutta High Court and its report says that the tapes were genuine.
"We now look forward to the TMC chief, who is also the state's CM, to act against her state ministers and members of Parliament who had figured in the tapes," BJP national secretary in-charge of West Bengal Siddharth Nath Singh told PTI.
Attacking the TMC government over the Vivekananda flyover collapse, Singh cited a report of investigation conducted by scholars at IIT Kharagpur claiming "it is now clear that substandard construction material and faulty supervision was responsible for the tragedy which claimed close to 30 lives. "We would like to ask if Mamata Banerjee would not act against the erring officials, including ministers in her own cabinet as well as the Mayor of Kolkata." Replying to a query, the BJP leader said, "Mamata contends that renaming the state as Bengal was necessary as West Bengal comes at the bottom of the list of states, prepared alphabetically, during meetings held in the national capital. This is an absurd reasoning and therefore we are opposed to it."
"Moreover, we suspect that by renaming the state as Bengal, she is trying to erase the bitter history of Partition in line with her politics of appeasement of a particular community. We are not going to allow that to happen," he said.
Singh said that with a vote share of nearly 17 per cent, "the BJP has, for the first time since its establishment, emerged as a force to reckon with. We look forward to improving our position further in the 2019 Lok Sabha polls and, of course, in the next assembly polls which will be held in 2021.
"We have identified the areas on which our thrust would be. These are the weak points of the ruling TMC." Asked to elaborate, the BJP leader said, "There is an all-pervasive sense of dejection in West Bengal despite the fact that the Left Front has been virtually obliterated there.
"TMC won because it appeared as the only viable option but its self-styled syndicates and youth clubs are painfully reminiscent of the marauding Left cadres who had wrought havoc in the state for close to three decades.
"Moreover, Mamata's response to the violence in Malda earlier this year shows that she has given up her sense of propriety in her zeal to build a vote bank. About her track record with regard to checking influx of illegal immigrants from Bangladesh, the less said the better." Singh said even the Supreme Court's observation that it was a silent invasion of India could not serve as a wake up call for the state government.