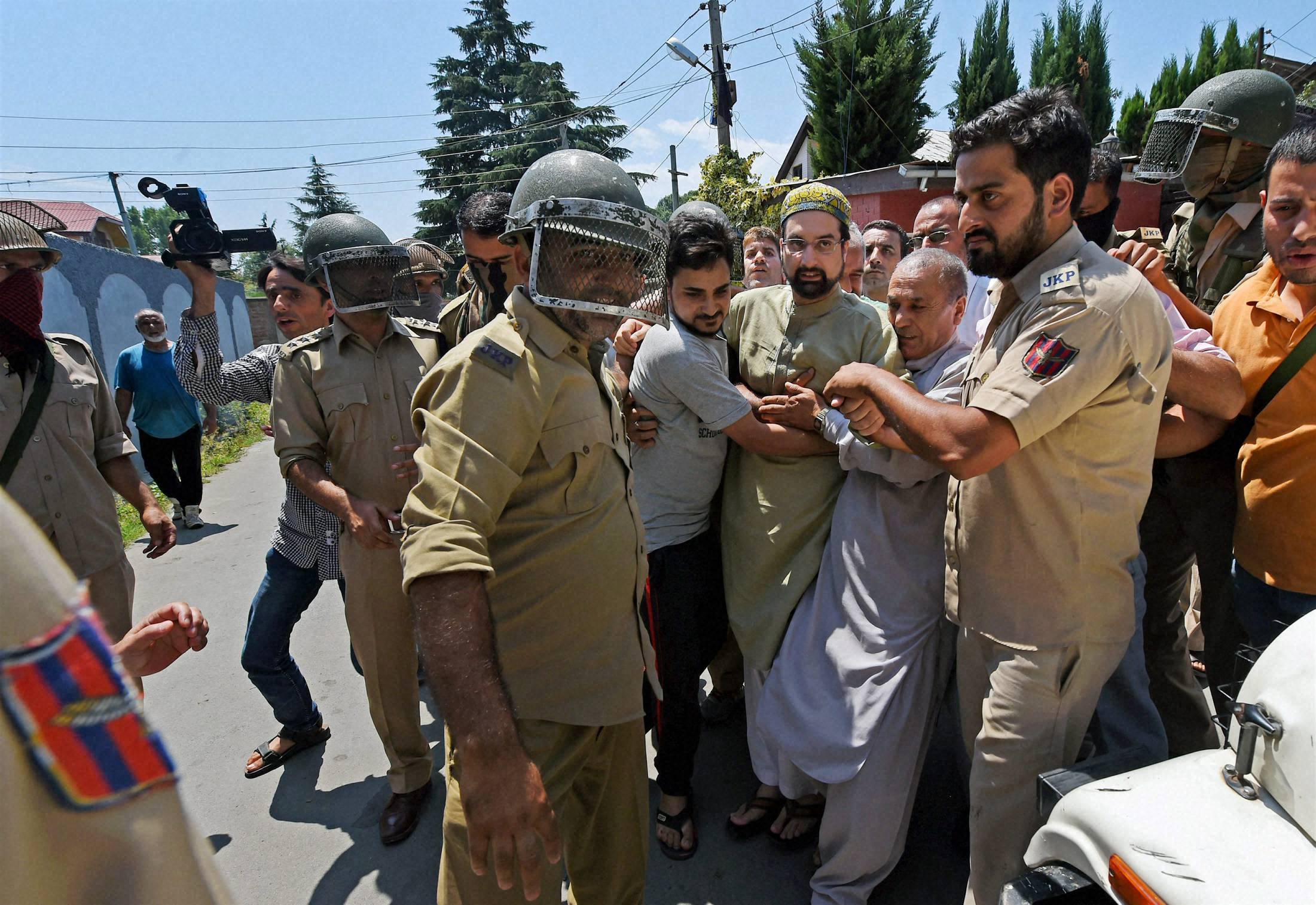 Srinagar: Barring clashes at some places, situation was by and large peaceful on Saturday in Indian-administered-Kashmir where separatists had planned to take out processions, to prevent which curfew was in force in entire Srinagar district and Anantnag town.
Meanwhile, broadband Internet services were suspended across Kashmir, except some areas housing government offices and residences of officials, while mobile Internet services remained suspended in the valley for the 36th consecutive day.
About half a dozen incidents of stone-pelting were reported from different parts of the valley, a police spokesman said. The policemen were injured in a clash with stone-pelting protesters at Ashtingoo in Bandipora district of north Kashmir, the spokesman said, adding one of the injured was shifted to Delhi for advance treatment.
The clashes were also witnessed at Kanoosa, Aloosa and Kemah villages in Bandipora during the day but there was no report of any casualty, he said. The spokesman said clashes between stone-pelting mobs and security forces also took place at Zampa Kadal in interior Srinagar and Palhallan in Pattan area of Baramulla district.
Barring these clashes, the situation remained by and large peaceful across the valley, the spokesman added.
Earlier, the authorities had imposed curfew in entire Srinagar district to foil the plans of separatists to march to the historic Lal Chowk and stage a sit-in for two days. Curfew also remained in force in Anantnag town, the epicentre of the current unrest.
Separatist leaders Mirwaiz Umar Farooq and Syed Ali Shah Geelani, both of whom are under house arrest, tried to take out processions from their residences to Lal Chowk but police thwarted their attempts. In the first instance, Mirwaiz, the chairman of moderate Hurriyat Conference, came out from his Nigeen residence located on the outskirts of Srinagar this afternoon.
He was immediately detained by the police and taken to Nigeen police station, officials said. Separately, Geelani, who heads hardline faction of Hurriyat Conference, also tried to take out a march from his Hyderpora residence on Srinagar-Airport road.
However, the police stopped the octogenarian leader, following which he along with his supporters staged a sit-in on the link road, officials said.
The sit-in lasted for over half-an-hour and ended peacefully, the officials said.