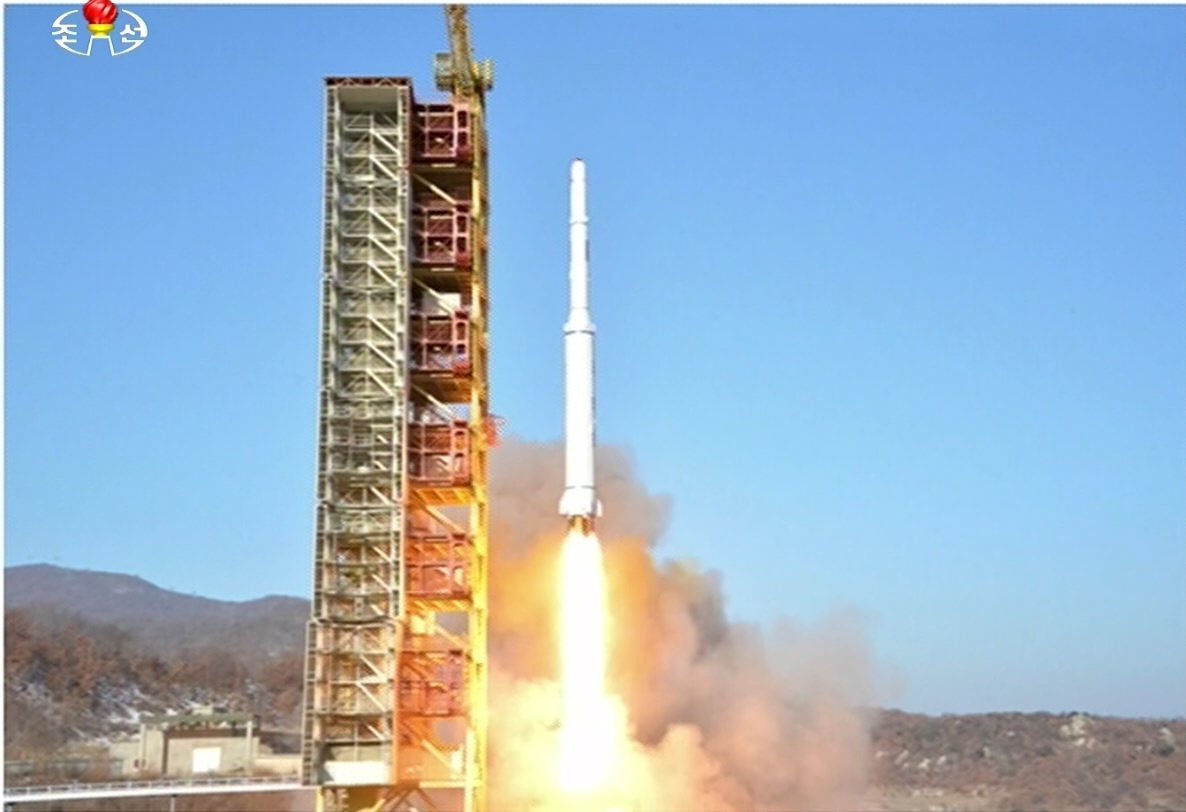 South Korea is moving forward with plans to host an advanced missile-defence system – known as Terminal High Altitude Area Defense, or THAAD – in partnership with the United States Army. The decision by South Korean President Park Geun-hye has sparked controversy, with China and Russia objecting, and some commentators predicting the start of a “new Cold War.”
But China and Russia should welcome THAAD, because it alleviates the need for South Korea or Japan to pursue other defence options, which could include the development of nuclear weapons.
South Korea and Japan have good reason to shore up their defences. The threat of North Korean aggression is real and will not be eliminated anytime soon. North Korea is escalating its bellicose rhetoric and behaviour as it strengthens its military capabilities, which include weapons of mass destruction, long-range ballistic missiles, and cyber and special forces.
The US has repeatedly warned North Korea not to pursue nuclear weapons or ballistic missiles, to no avail. And diplomacy – both sanctions and inducements – has failed to stop the North.
Many people in South Korea and Japan now worry about the strength of America’s commitment to defend them from external attack. Recent developments have undermined US credibility, from President Barack Obama’s failure to enforce his “red line” warning against the use of chemical weapons in Syria, to the Republican Party’s nomination of Donald Trump as its presidential candidate.
In fact, Trump has only made nuclear-weapons proliferation in Asia more likely. He recently complained to the New York Times that the US spends too much money on missile defences and troops stationed in South Korea and Japan, and promised that, if elected, he would require both countries to contribute more to their own defence. If they do not do so willingly, Trump says, he is “absolutely prepared to tell those countries, ‘Congratulations, you will be defending yourself.’”
Some members of South Korea’s governing conservative Saenuri Party now openly call for the acquistion of nuclear weapons, believing that this will deter a North Korean attack and prompt China to increase pressure on its client to roll back its weapons programmes.
If South Korea develops a nuclear arsenal, Japan is likely to do the same, especially given China’s aggressive pursuit of its claim to the Japanese-occupied Senkaku Islands (which the Chinese claim as the Diaoyu Islands). Japan has an enormous stockpile of separated plutonium and the technical wherewithal to be a “virtual nuclear power”: without having any nuclear weapons on hand, it could quickly develop them if necessary.
By developing nuclear weapons, South Korea and Japan would each be risking its relationship with the US and exposing itself to economic and energy sanctions. Such a move by South Korea, in particular, really would be the start of a new Cold War, or worse. A nuclear standoff on the Korean Peninsula would be characterised by both sides’ incentive to strike first to wipe out the other’s ability to counterattack.
Short of that doomsday scenario, nuclear weapons are of limited use in deterring small-scale provocations. The possibility of a US nuclear strike did not stop North Korea from sinking a South Korean warship in 2010.
Moreover, if South Korea and Japan develop nuclear weapons, a regional – or even global – arms race could result; and not every country seeking to develop its own nuclear arsenal would be favoruably disposed to the West. This would be an extremely dangerous scenario: All things being equal, more nuclear-weapon states implies a higher risk of nuclear war, nuclear terrorism, and nuclear accidents.
Against this backdrop, the case for THAAD is clear. The US, South Korea, and Japan should cooperate on missile defence as the first line of regional deterrence, while also fortifying and dispersing vulnerable targets, deepening trilateral intelligence sharing on North Korean threats, and working with the international community to disrupt the North’s weapons programmes.
The effectiveness of deterrence is difficult to prove: by definition, nothing happens when it works; if a country is deterred from attacking, it is a non-event. Skeptics can plausibly argue that the presumed aggressor never planned to attack, or canceled an assault for other reasons.
Nonetheless, the historical record speaks for itself: since 1953, North Korea has not launched a large-scale military assault on South Korea, and has limited its threats against Japan to belligerent rhetoric. This most likely reflects the consistent and credible threat of US retaliation. South Korea and Japan should not alienate the US by setting out on their own – no matter what Trump tells them. - Project Syndicate