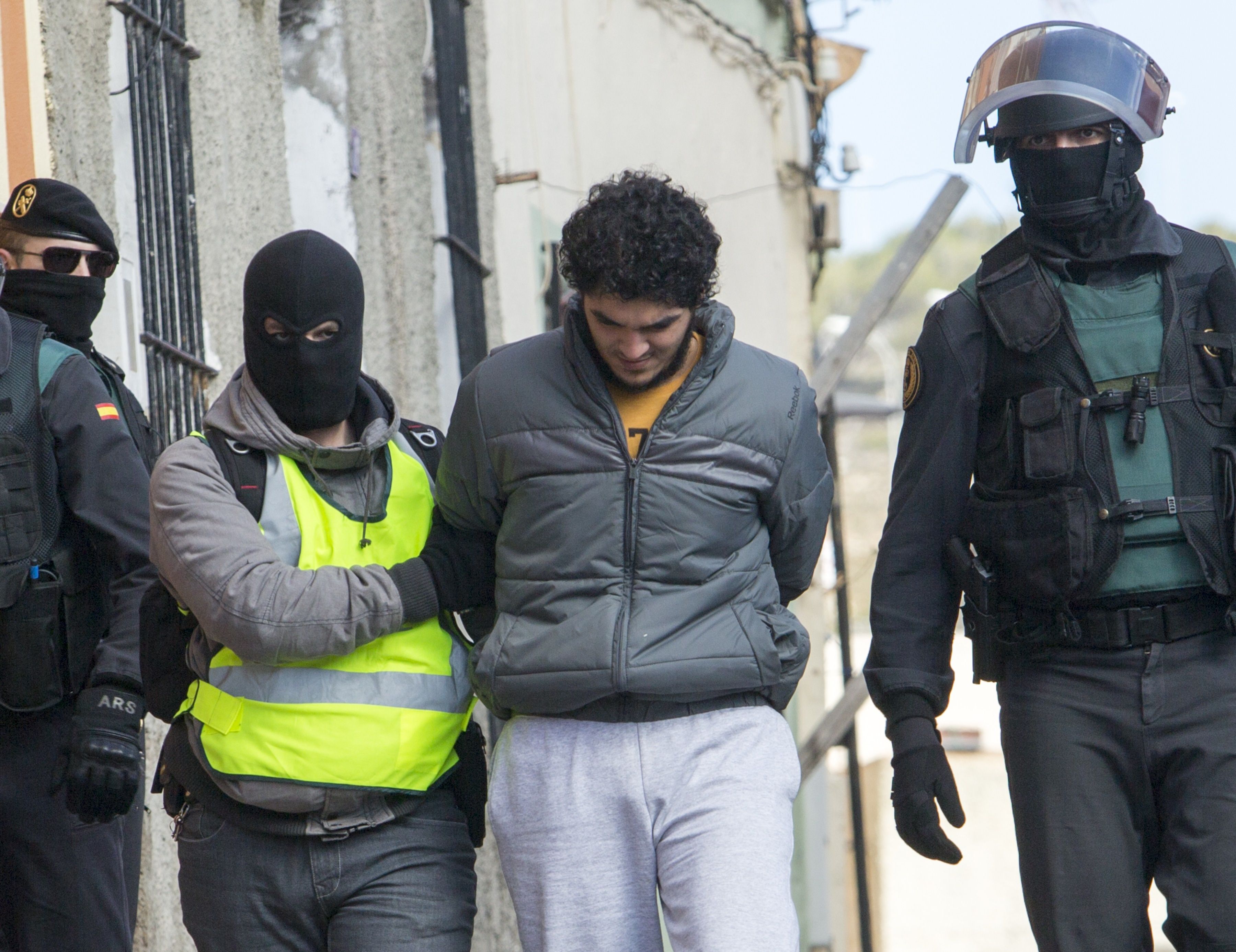 A top Bavarian domestic intelligence official has made tabloid headlines by saying there are "hit squads" and "sleeper cells" among the refugees who have recently arrived in Germany -- something right-wing populists have been maintaining all along. Yet the true "sleeper cells" have been here for decades, and that explains why, as Germany and other European countries step up anti-terror efforts, there is a strong resistance to unnecessary harshness.
On Thursday, German Interior Minister Thomas de Maiziere presented his proposals on increasing security in the face of an increased terror threat -- something the public has demanded since a recent series of attacks, three of them by refugees and two inspired by IS. The measures include stripping dual-nationals of German citizenship if they go off to fight in Syria, making the "promotion of terrorism" a criminal offence, speeding up deportation for immigrants who provide false information about their identity and adding several thousand intelligence and police personnel. They emphatically do not include a ban on the burqa -- the full veil -- demanded by the conservative wing of de Maziere's and Chancellor Angela Merkel's Christian Democratic Union party. Nor do they ban dual nationality altogether, something the conservatives have also demanded.
De Maiziere also stressed the need for more language training and better social services for refugees.
If that doesn't sound like an adequate reaction to "hit squads" and "sleeper cells," it's worth considering that de Maiziere's proposals are in line with what governments are doing in other European countries with big immigrant communities. Austria, for example, enacted laws against "promoting terrorism" last year. It began stripping "foreign fighters" of citizenship in 2014. Belgium, Denmark, France and Germany have been refusing to issue passports, and withholding existing ones, from potential "foreign fighters." All these countries have added terrorism-related offences to their criminal codes and in some cases increased punishment for existing ones. France is considering cutting off foreign funding for mosques. But nobody's doing anything tougher than that, such as restricting Islamic practices, deporting immigrants for the slightest offences or banning dual citizenship. Even stripping people of their nationality for fighting with IS is not a shoo-in: In France, such a legislative measure has failed.
Nor are there proposals for harsh immigration restrictions along the lines of Donald Trump's anti-Muslim proposals or challenging vetting procedures. Instead, there are attempts at outreach -- such as telephone lines for the parents of radicalising youths in Austria, France the Netherlands and, soon, in Belgium and Denmark, or a Dutch programme of getting imams to discourage radicalisation. Governments are thinking along the lines of reintegration and deradicalisation, no matter how lecturing young extremists about the error of their ways may sound to the supporters of Europe's popular right-wing parties. They are not talking about building their own Guantanamos; they'd rather pay for more language lessons and train teachers to spot signs of trouble among school students.
This can be, and often is, read as a sign of weakness. Indeed, countries without large immigrant communities and with little history of extremist terrorism, such as Bulgaria and Hungary, have been tougher than western European nations, building border walls or passing tougher anti-terror laws that erode press freedoms and the presumption of innocence. Western European leaders who talk about constitutional limits to such activities, such as French President Francois Hollande, are criticised as wimpy, and they do worse in polls as a consequence.
It would be easy for politicians to go the whole hog on security and reap political points. Hollande certainly needs them, and if he drove a hard line, the French, for whom security is now the number one worry, would probably reward him. For Merkel, whose support is down to 2005 levels while the anti-immigrant Alternative for Germany party has gained in the polls, it wouldn't be much of a flip to get tougher on crime committed by immigrants: She is, after all, the leader of a conservative party. And yet the leaders aren't doing things that could boost their popularity and steal nativist thunder. Are they so clueless and so helpless?
Hardly. A recent study of European "foreign fighters" by the International Center for Counter-Terrorism in the Hague, which collected data from most EU members, says this:
Most foreign fighters originate from urban neighborhoods where many FF apparently grew up together, suggesting that offline, face-to-face contact is still very important, at least in the final stages of the radicalisation process towards violent extremism and recruitment for the violent warfare.
The extremists and terrorists are often bred by the ghettos, their inadequate schools, their climate of despair, the prisons they feed. The tougher and more dangerous a country's poor districts, where many immigrants settle upon arrival, the better the radicals know how to kill. That would partially explain the higher casualty rate of terror attacks in France and Belgium than in Germany or in Scandinavian countries, where the bad areas can be depressing but far less violent than, say, France's infamous banlieues.
Tougher security measures and more discrimination against Muslims who, thanks to powerful terror organisations such as IS, already face a high radicalization risk, could worsen the climate in the poor urban areas and produce more rather than less successful terror attacks. So western European governments focus on soft prevention -- outreach, more focus on integrations and community cohesion -- and a tougher response to actual crimes rather than on making life harder for potential recruits.
Newcomers to depressed neighborhoods, whatever their original intentions, cannot achieve much unless they find local support, active or silent. That is not something that can be resolved with tighter security measures, and measures such as a burka ban can only make things worse. European authorities are learning to watch, listen and talk to potential radicals so that the potential is never realized; they are also concerned about reducing the ghetto tension. That's not weakness -- it's the smart thing to do. - Bloomberg View