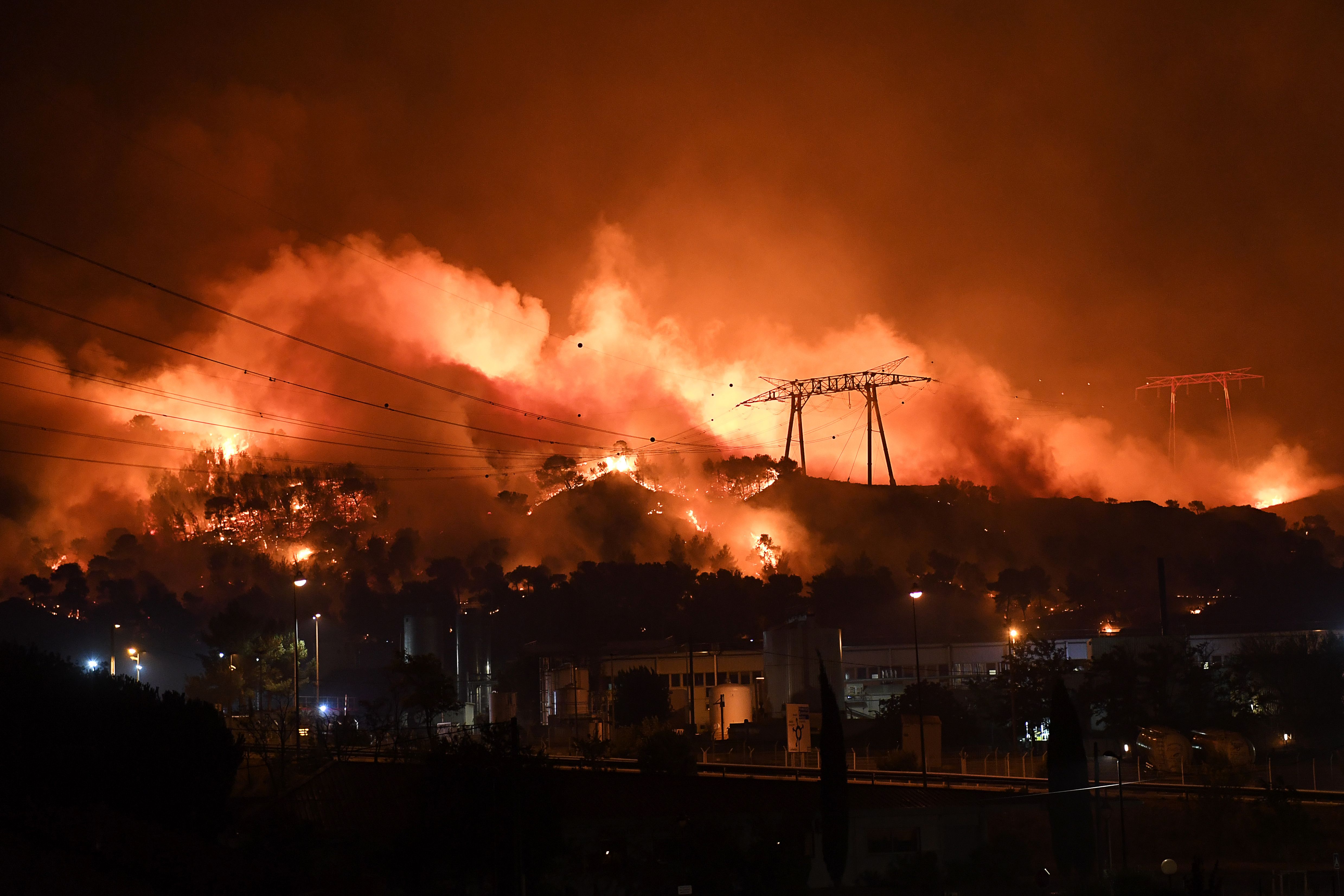 Marseille: Several wild fires broke out in various parts of southern France on Wednesday, causing a major firefighting operation in which four firemen were injured, three of them seriously, the interior ministry said in a statement.
About 1,800 firemen battled the blazes, backed up by firefighting airplanes, Interior Minister Bernard Cazeneuve told French newschannel BFM TV. About 400 policemen were also mobilised across the region, he said.
The fires, which have covered 2,000 hectares (nearly 5,000 acres), were still out of control late on Wednesday, Cazeneuve added.
One of the fires affected the town of Fos-sur-Mer, 40 km (25 miles) northwest of Marseille, France's second-biggest city where petrochemical plants are located.
High winds stimulated the spread of the fires, with thick smoke visible across the region.
Most commercial air flights leaving Marseille were delayed or cancelled, according to the local airport's website.