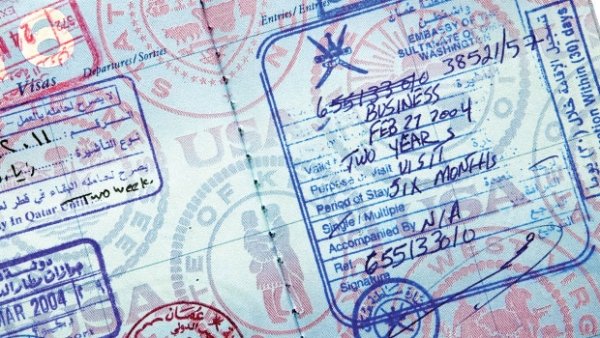 Muscat: Visas and “services” to obtain them are being openly advertised for sale on social media, and the Ministry of Manpower has warned those using them they are breaking the law.
At least seven different online visa agencies operating inside and outside Oman are using Facebook and other social media apps to sell their services – often conning unsuspecting customers out of money.
Get your essential daily briefing delivered direct to your email inbox with our e-newsletter
Victims are paying between OMR100 and OMR350 for visas and clearances that can be obtained from the government for as little as OMR30.
If they complain to the Royal Oman Police, they themselves can find themselves prosecuted for breaking Omani law – something the agencies rely on in order to operate freely.
One online agency contacted by the Times of Oman offered visa services for OMR100 in addition to the visa processing charges stipulated by the government.
An agency which posted on Facebook offering a visa service replied almost instantly when contacted by Times of Oman.
Their agent said that he can arrange any number of expat workers with employment visas at OMR100 per person in addition to the government visa charges. “It’s a matter of days and I will arrange everything,” the agent said.
Advertisement
Even though the agent had stated in his advert that he offers visas only for Indians, he added that he can bring in people from any country. There are around 1.7 million expatriates working Oman in different professions.
Employment visas for doctors, nurses, technicians, security guards and housemaids are on sale on social networking sites from individuals and groups in return for a ‘small’ processing fee.
A search online reveals that at least seven posts with contact numbers and email contacts were popping up on sites offering different kinds of employment job visas for potential job seekers.
While some posts had details of salary and perks, some even had posted the time required for them to process a visa.
However, each and every post had a ‘small’ non-refundable processing fee.
According to a legal advisor in Oman, an employment visa will cost OMR30 and for labour clearance the employer has to pay OMR201 at the ministry.
“However to get a clearance for a domestic worker, the employer has to pay only OMR141,” the legal advisor said.
Selling and buying employment visas is against the law, a senior official from the Ministry of Manpower said when contacted over the online scam.
“Selling employment visas is not allowed. It’s a clear violation. Such cases should be reported to the ministry,” Said Salem Al Saadi, advisor at the Ministry of Manpower.
“People can take employment visa clearances from the ministry but cannot sell them to needy expatriates - violating Omani government regulations.
“Taking a clearance is not an illegal practice. However, there are some who misguide the expat workers and convince them to bring their relative in return of paying an amount of money. Both seller and buyer are violating rules,” he added.
He advised everybody to follow the regulations and legal procedures in order to get clearances for expat employment.
Talking to Times of Oman on condition of anonymity, a victim of employment visa fraud said that he lost money when he paid a person in return for a job visa for his brother, and has now asked police help to get it back.
“I came across a person who offered to provide a job visa for my brother in Oman. He demanded OMR350. I paid and waited for six months. Nothing happened. He neglected my calls. Finally, I knew that I was betrayed. So, I approached the police,” the victim said.
“When the police managed to summon the person, he handed over a cheque, which I realized was a dead cheque,” the victim added. All the three main migrant sending Asian countries have their own government mechanism to provide opportunities for their citizens to migrate to Oman and accept jobs.
India, Bangladesh and Sri Lanka have government employment bureaus to provide job offers for potential migrants.
“We have a foreign employment bureau in Colombo. We strictly advise people not to accept any employment offers from individuals. Even if they get a job offer, they should approach us or the government back home to verify the details and migrate only through official channels,” a senior official from the Sri Lankan embassy in Oman said.
“Those who migrate through official channels are also eligible for free insurance coverage,” the embassy official added.
In 2015, the Indian government had introduced an eMigrate system to ensure safe migration and fair recruitment practices for their citizens.
The Bangladesh government also has a department to provide foreign employment opportunities for their citizens.
Mohammed Sanaullah, a Bangladeshi social worker, said that people falling prey to such practices will land in trouble and finally the sending country embassies and social organisations will be forced to rescue them.
Shameer PTK, an Indian social worker, said that sending countries should educate the potential migrants not to fall in such traps as part of pre-departure trainings.