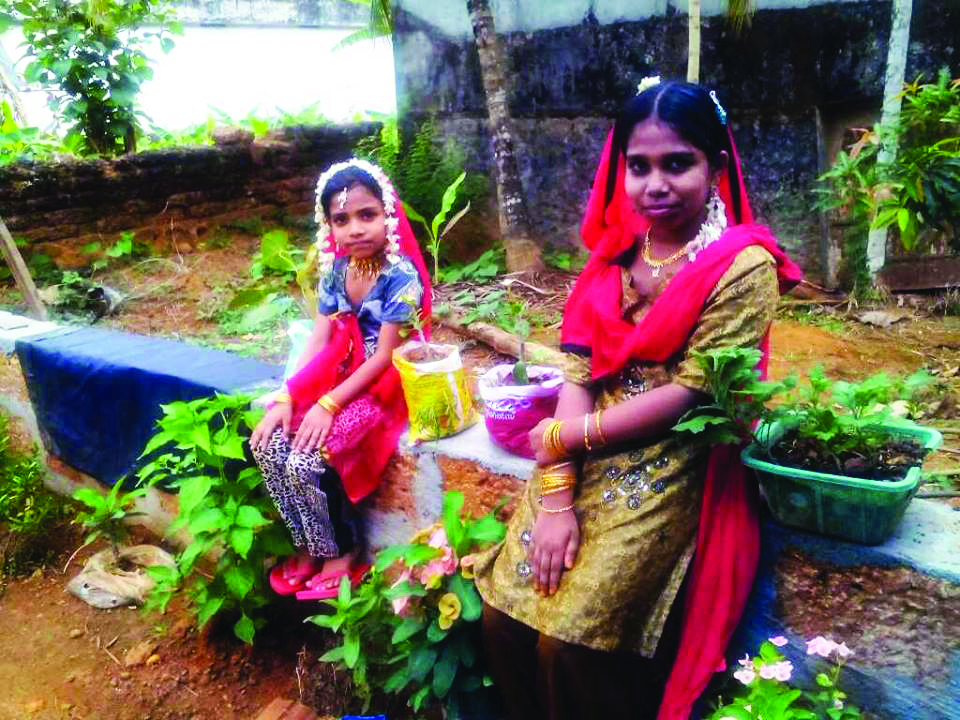 Muscat: Twelve-year-old Shifa Sherin and nine-year-old Aneena Sainul from the South Indian state of Kerala returned to school on Tuesday after completing their father’s final rites.
Their father died in a road accident after being hit by a car driven by an allegedly drunk driver 11 days ago in Muscat.
Get your essential daily briefing delivered direct to your email inbox with our e-newsletter
However, they don’t know how much longer they can afford to go to school or if they’ll be able to complete their education until Class 10, which is the minimum qualification needed for applying to a lowest-grade job in the government sector.
The girls’ father Sainul Abdhin, a KFC driver, was killed with four others, including two police officers, in a road accident in the early hours of July 31 at the SQU Street in Al Khoudh, Muscat.
“Sainul is survived by an unemployed wife, aged father and mother struggling with age-related illness and two young school aged children. Nobody knows as to how they are going to survive. Sainul was the sole breadwinner of the family. He had built a house by taking a loan from a bank. Repayments are pending. It is really a hard time for them,” Mohammed Nissar, a relative of Sainul, told Times of Oman over phone.
Support
“Currently, relatives and neighbours are supporting the family. But how long will they be able to do that? Loss is for the family only. Jameela Sainul, wife of Sainul, is also unemployed. Have to help her find a job. The four-member family’s responsibility is on her shoulders,” Nissar added.
A senior official from the Royal Oman Police (ROP) had told the Times of Oman earlier that a minor accident had taken place in Al Khoud, where the driver had fled from the accident scene on July 31.
According to the official, when the driver was contacted, he returned driving fast, which had resulted in another accident claiming the lives of Sainul and his friend Shanavas Attumpuram, two police officers and the life of a co-passenger in the car.
The police also said the driver, who had caused the accident, was driving under the influence.
The amended Traffic Law states that fines of OMR3,000 and a jail term of two years will be awarded if an accident takes place and the victim either dies or is permanently disabled as a result of
negligence, drunk driving or recklessness.
Earlier, driving under the influence (DUI) of alcohol was punishable by imprisonment of up to one year and/or a fine of up to OMR500. His Majesty Sultan Qaboos bin Said had issued Royal Decree 38/2016 last Thursday.
In some cases, the new traffic fines are almost ten times the previous level. The fines and jail sentences have been introduced with the aim of preventing accidents and saving lives due to reckless driving, driving under the influence or negligence.
Motorists have 24 days from Thursday to prepare. ROP will begin enforcement from September 4.