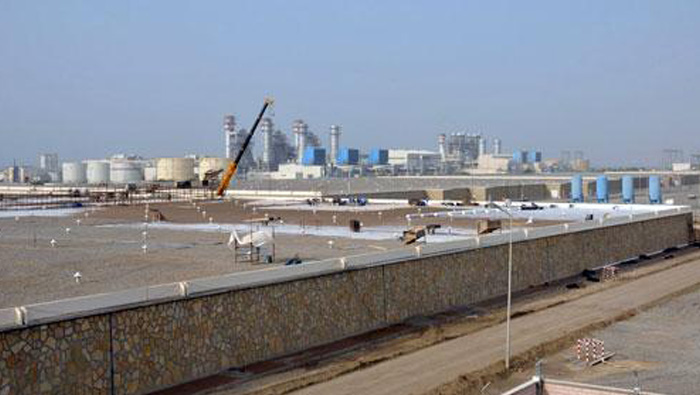 Muscat: Galfar Engineering and Contracting Company, the Sultanate’s leading contracting firm, said that the order book position of its parent company is over OMR690 million by the end of June 2016.
“We are expecting award of some more projects, which are already tendered,” the company said in its first half yearly results. The company bagged new projects and extensions on existing projects worth OMR215 million in first half of the year, against OMR132 million for the same period of 2015.
Included in this are off plot delivery contract (ODC) of North Oman extended for further two years till March 2018 and the award of the Yibal Khuff on plot construction project worth OMR114 million in oil and gas sector.
Galfar also said that the key elements of the company’s on-going transformation programme, including head office head count reduction, executive search for a number of key positions and development of supply-chain improvements, were largely completed during the second quarter. “The benefits of these changes are anticipated to flow over the coming quarters.”
Galfar has also given a mandate to Bank Muscat’s Investment Banking for financial advisory and funds raising services. “The detailed process of evaluating options has commenced and the company will provide additional notice when appropriate,” Galfar said in its first half report.
Further, the board and management continue to work with the strategy and transformation consultant - Roland Berger - to drive the company’s organisational, operational and financial transformation. Among other measures, new processes have been introduced for the central coordination of manpower and machinery resources that aim to realise synergies across the company’s operations. In addition, a number of improvements for on-site productivity have been identified and are currently being implemented to strengthen project profitability going forward.
Profit
The consolidated net profit improved to OMR0.5 million in the first half of 2016 as a result of an increase in revenue, an improvement in project margins across the portfolio, and a reduction in finance charges during the period. However, these gains were partially offset by an increase of indirect costs as a result of costs attributable to restructuring and transformation activities.
The parent company posted an improved net profit of OMR1.3 million (against OMR0.2 million for the same period of 2015) from marginally higher revenue of OMR166 million (againstOMR162.6 million for the same period of 2015). The operations of subsidiaries and associates resulted in a net loss of OMR0.8 million largely due to operating losses reported from the completed toll roads in India.
Despite the fall in global oil prices over recent quarters, Galfar has maintained the level of work in the oil and gas sector, while increasing revenue contribution from mainly oil and gas works being undertaken in the Sultanate.