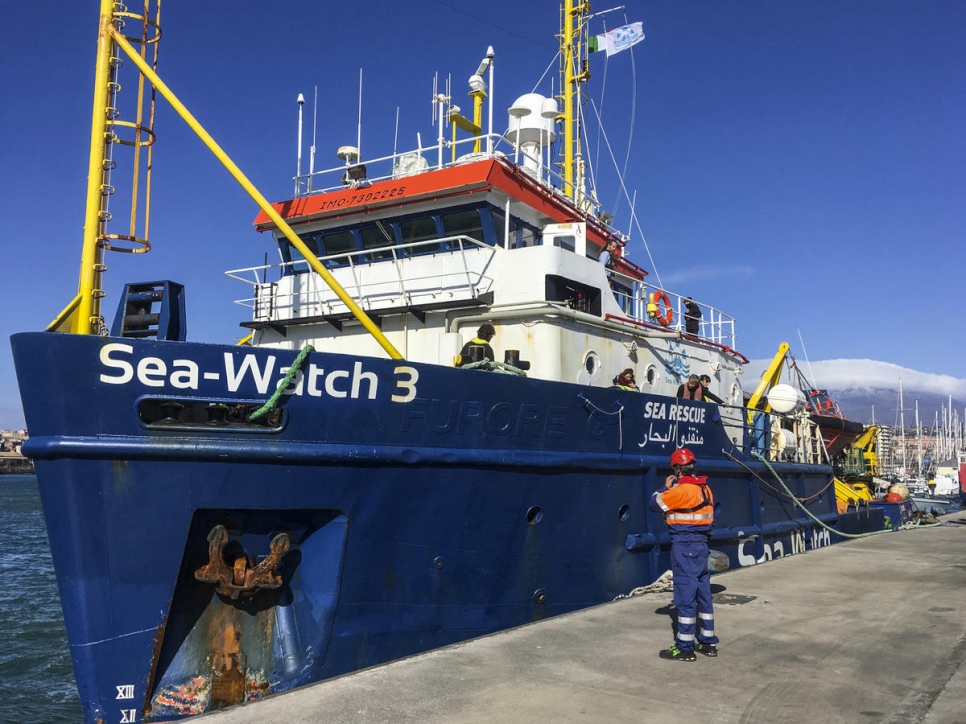 Geneva: Days after they were rescued by the NGO vessel Sea Watch 3, a group of some 43 people, including three children with no accompanying family, remain stranded at sea and in urgent need of a safe port.

UNHCR, the UN Refugee Agency, urged states in Europe to allow the group to disembark.

“Europe played an intrinsic role in creating the legal architecture that underpins modern day international refugee law,” said Vincent Cochetel, UNHCR Special Envoy of the Central Mediterranean. “It is time to invoke that proud history of assisting people fleeing war, violence and persecution, and to allow the rescued passengers to come ashore to safety.”

Rescue at sea is a centuries-old tradition and obligation that does not end with pulling people out of the water, according to UNHCR. A rescue can only be considered complete once the passengers have reached dry land in a safe port.

UNHCR reiterated that no port in Libya can be considered safe at this time, and that no one rescued on the Mediterranean should be returned there.

Renewed efforts are needed to develop a regional approach for dealing with rescue and disembarkation on the Mediterranean, according to the agency. UNHCR, together with IOM, have made concrete proposals for a way forward that would provide clarity and predictability to shipmasters carrying rescued passengers.