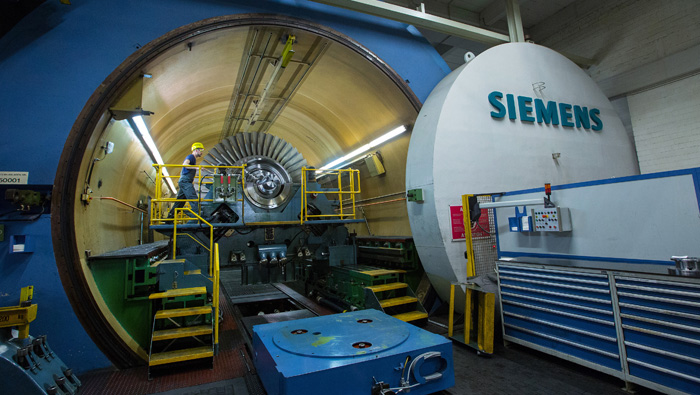 Frankfurt: German industrial production increased in June, signaling that Europe’s largest economy gained momentum ahead of the UK’s Brexit vote.
Production, adjusted for seasonal swings, rose 0.8 per cent from the previous month, when it dropped a revised 0.9 per cent, data from the Economy Ministry in Berlin showed on Monday. The reading, which is typically volatile, compared to a median estimate for a 0.7 per cent gain in a survey. Output was up 0.5 per cent from a year earlier.
"The muted intake of manufacturing orders speaks for a rather moderate upward development in the coming months,” the ministry said. "Manufacturers’ assessment of business conditions remains good.”
Siemens, Europe’s biggest engineering company, raised its forecast for full-year earnings last week after reporting a 6 per cent increase in orders in the three months through June, and Bundesbank president Jens Weidmann has said there’s no indication that Britons’ vote to quit the European Union has changed prospects of a growth pick-up in the third quarter. Still, business confidence slipped in July and factory orders fell in June amid a slump in demand for investment goods from within the euro area.
Production fell 1 per cent in the three months through June. David Powell, an economist at Bloomberg Intelligence in London, said industry "is still poised to weigh on GDP in the second quarter after the stellar performance of the first quarter, which was never likely to be repeated.”
"The longer-term trend suggests that growth is merely returning to rates in line with those of recent years, rather than marking a worrying slowdown,” he said. Factory output rose 1.5 per cent in June from the prior month, driven by a 3.5 per cent surge in investment-goods production, according to the report. Construction and energy output fell. – Bloomberg News