I am scared of my mother: Tiger Shroff 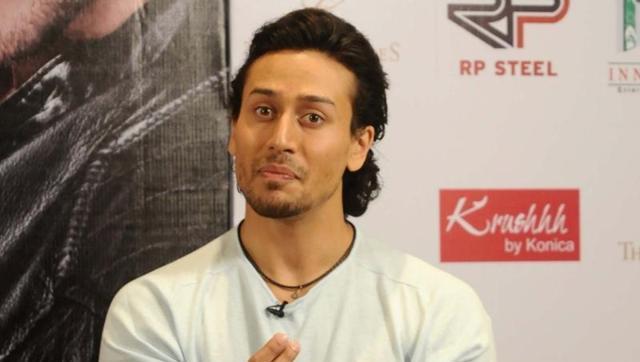 Mumbai: He may fight several goons all at once in his films, but in real life actor Tiger Shroff says he is extremely scared of his mother.
Son of Jackie Shroff and Ayesha, Tiger says the only similarity between his upcoming superhero character in "A Flying Jatt" and him is that they both listen to their mothers.
"I do a lot of work outside my house. In my house, my mother is my superhero. In one way, I am very alike to my character. Both, the superhero and me, are scared of my mother. I listen to everything which she says. She is stronger than me," Tiger told reporters here.
Directed by Remo D'Souza, the superhero film stars Tiger in the lead role of a guy with supernatural powers.
It is a known fact that the 26-year-old actor is a huge fan of Hrithik Roshan, so, when asked if he has plans to show the film to the "Bang Bang!" star, Tiger said, "I hope so. If he has time from his schedule and if he wants to, then we would love to, of course."
The film will be Tiger's third movie, after "Heropanti" and "Bhaaghi" and the actor says he is most confident about "A Flying Jatt" as he wanted to be a superhero during his childhood.
"The expectations have increased from me. I have done three films so far and I am most confident about 'A Flying Jatt'. I wanted to be a superhero since childhood. Whatever I do, dance, action, I used to do it like a superhero."
Produced under the banner of Balaji Motion Pictures, the film also stars Jacqueline Fernandez and features Australian actor Nathan Jones in a negative role.
"A Flying Jatt" is scheduled to release on August 25.