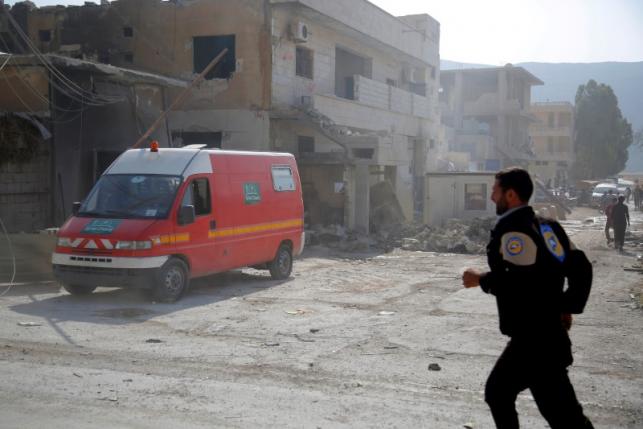 Beirut: An airstrike on a hospital in northwestern Syria on Saturday killed 10 people, including children, the Syrian Observatory for Human Rights said.
The hospital, in the town of Meles, is about 15 km from Idlib city in rebel-held Idlib province.
Syrian government and allied Russian military planes operate in Syria but it is not known which aircraft carried out the strike, the Observatory said.
Humanitarian groups have repeatedly called for a halt to strikes on medical facilities. Syrian opposition groups say Syrian and Russian forces deliberately target medical buildings.
Medical charity the Syrian American Medical Society (SAMS) said that July was the worst month for attacks on healthcare centres since the beginning of Syria's five-year-old conflict.
"There were 43 attacks on healthcare facilities in Syria in July - more than one attack every day," a SAMS statement said.
The Syrian government has also accused rebels of hitting medical targets in the city of Aleppo.