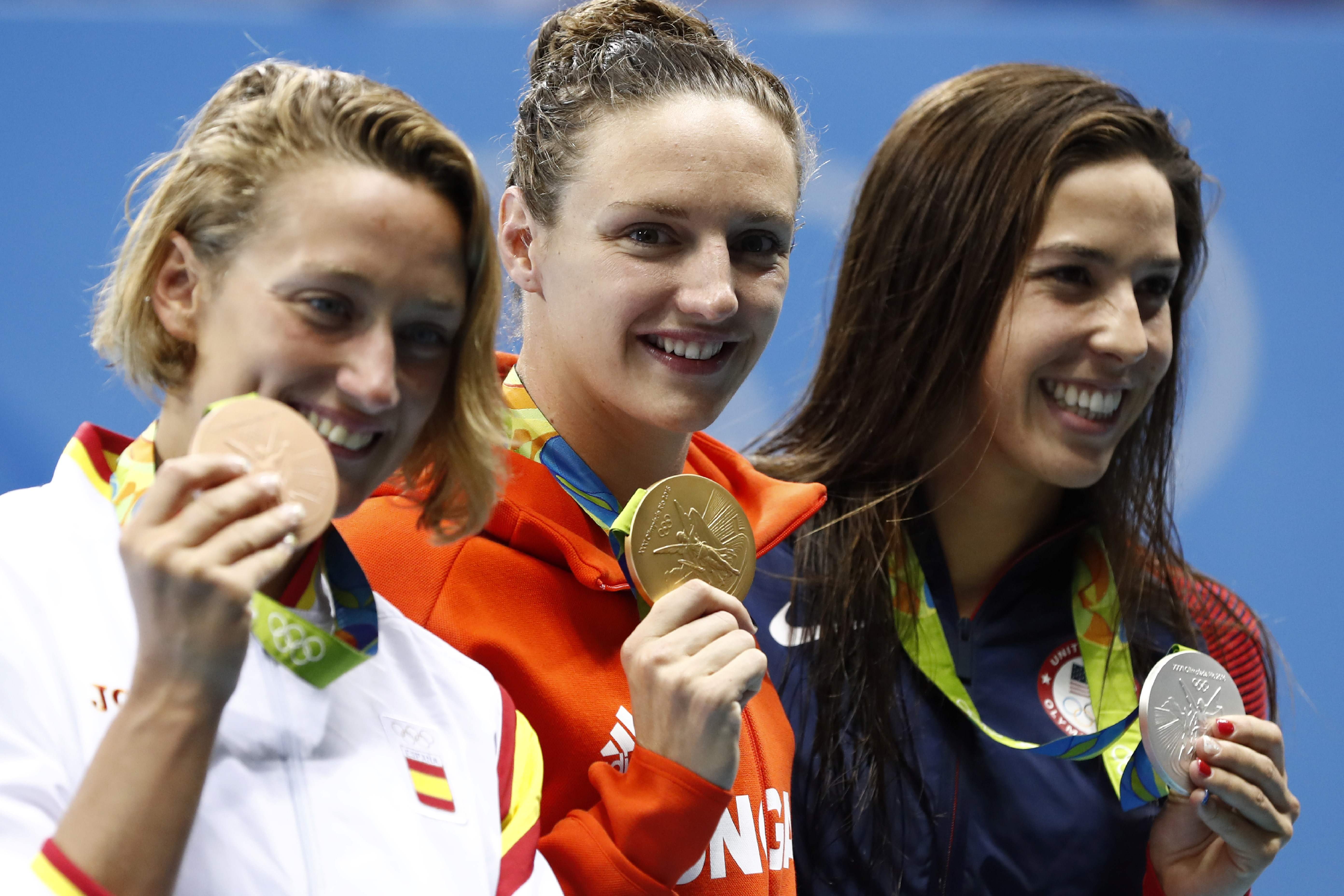 Rio de Janeiro: Five times a world champion but without a single medal from three previous Olympics, Hungary's Katinka Hosszu finally struck gold on Saturday and demolished the 400 metres individual medley world record as well.
The 'Iron Lady' set a mind-boggling pace as she put Ye Shiwen's London 2012 benchmark through the wringer in the Rio pool.
Having threatened to break the mark in the heats, she was a gaping 5.25 seconds under record pace when she entered the final freestyle leg with the crowd roaring her on.
Her finishing time of four minutes, 26.36 seconds, in a gruelling event where swimmers complete successive legs in butterfly, backstroke, breaststroke and freestyle, sliced 2.07 seconds off the record.
"Honestly I did not even see her, she was so far ahead," silver medallist Maya DiRado of the United States told reporters.
Hosszu was the overwhelming favourite in 2012 but managed only fourth place, and she was determined that would not happen again.
"I've been chasing that world record for quite some time now," she said, adding that she now felt she could go even faster. "It's been over seven years I've been thinking about it.
"This morning swimming so close to the record ... I knew I could go faster. Honestly, I didn't think I could go this much faster but it was just unbelievable that I have been able to break it by this much."
With four more races to come, Hosszu promised to have fun to make up for the misery of London four years ago.
"It's been a long journey for me," she said.
"In 2012, after graduating college and basically turning pro, I felt like London was my time to do it. I felt a lot of pressure and was super-nervous before the final.
"I remember not enjoying it, I just wanted it to be over. I was just afraid about what happens if I don't win."
After London, Hosszu's then-boyfriend Shane Tusup became her coach, and they married. Together, they decided to treat Rio differently.
"I had a lot of fun," she said. "Coming into Rio I was a bit worried that when I finally get here I might get the feeling I had in London again.
"But I didn't have it at all. I was really confident and relaxed.
"People thought I would break under the pressure ... but it was definitely just fun.
"I have been training through the whole four years, I didn't take off more than a day ... and it worked."