Olympics 2016: Oman takes part in the opening event at Rio 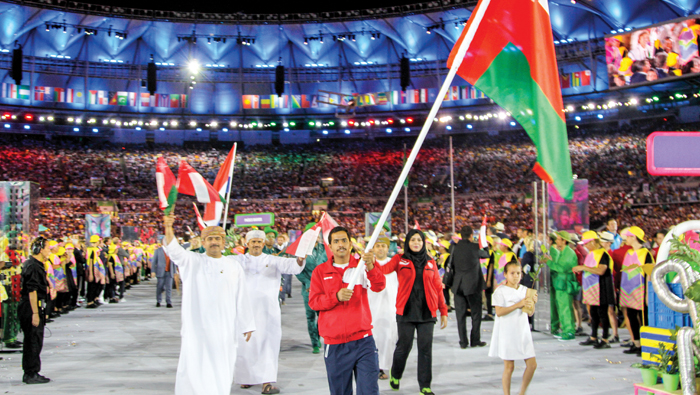 Muscat: The Sultanate participated in the official inauguration ceremony of the 31st Olympic Games Tournament at Rio de Janeiro in Brazil on August 5.
Sheikh Khalid Mohammed Al Zubair, president of the Oman Olympic Committee and head of the Sultanate’s delegation at the Olympic Games said that the participation of the Sultanate has been widely welcomed by the countrymen in view of the great importance of this sporting event.
International shooter Hamed Al Khatri is carrying the Sultanate’s flag. Four athletes from Oman are taking part in the event. More than 18,000 athletes representing 206 countries are competing in various competitions.