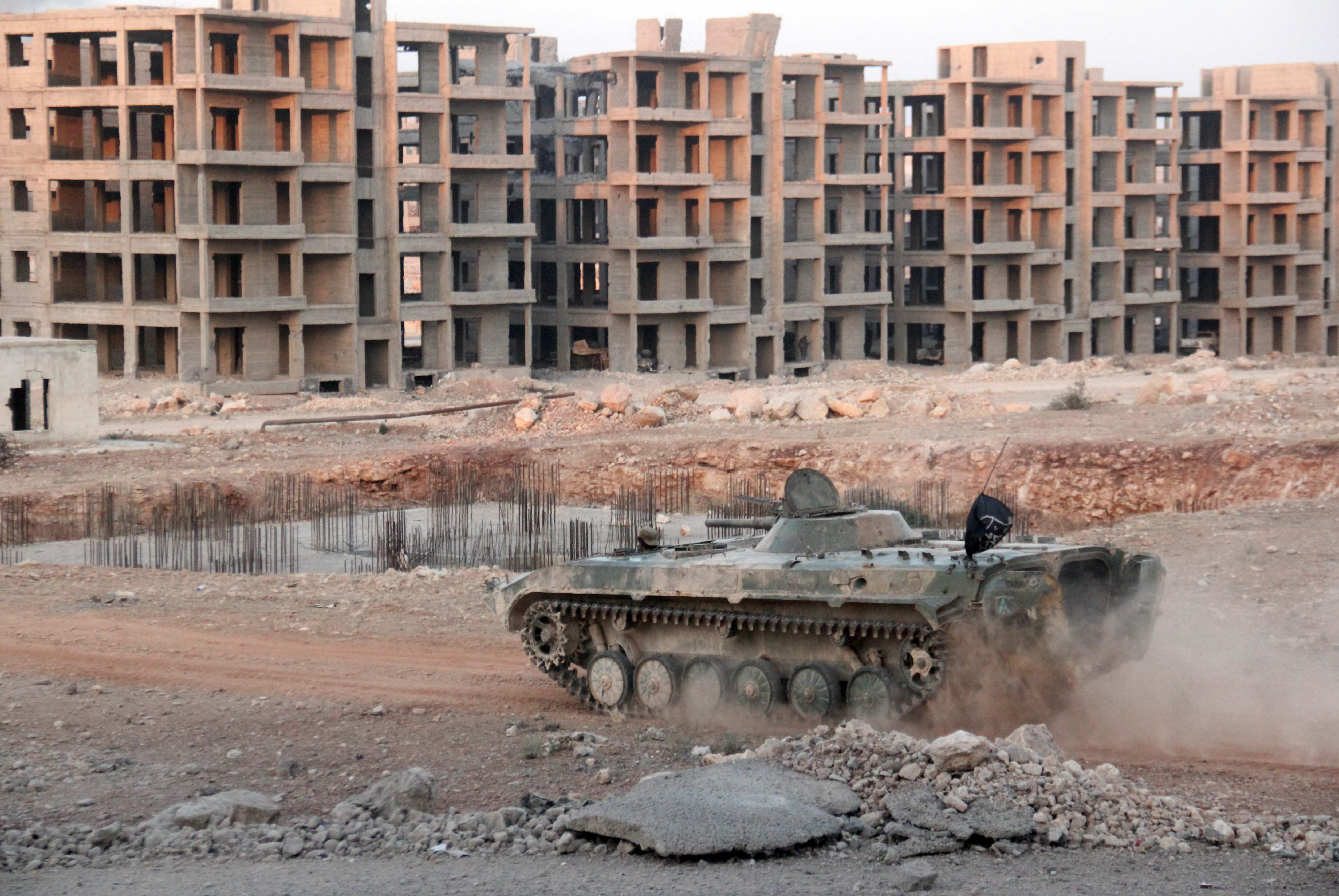 Beirut: Syrian rebels stormed a major army artillery base in the northern city of Aleppo on Friday to try an end the siege of opposition-held areas but the Syrian army said it had repelled the attack and killed hundreds of insurgents.
A quarter of a million civilians still live 7in Aleppo's opposition-controlled eastern neighbourhoods, effectively under siege since the army, aided by regional militias, cut off the last road into rebel districts in early July.
Fighters from a coalition of extremist rebel groups called "Jaish Al Fateh" that includes Jabhat Fateh al Sham, the former Al Qaeda-affiliated Nusra Front, Ahrar al Sham and other smaller groups, said they had taken the main fortress-like artillery academy in the Ramousah quarter in southwestern Aleppo.
They were now fighting to take the other military academies adjoining the artillery base that are among the country's largest.
The artillery base is almost 2 km from the besieged opposition area. It has a huge supply of ammunitions and is used regularly to shell parts of the city held by opposition forces.
The rebels are trying to break through a strip of government-controlled territory to reconnect their encircled sector of eastern Aleppo with a swathe of insurgent territory in the west of Syria, effectively breaking the siege.
The fall of that strip would also cut off western Aleppo, which is in government hands.
"There are two suicide bombers who have driven into regime posts inside the artillery base," said Abu Al Walid, a fighter with Ahrar al Sham, who said there was fighting inside the base.
Hundreds of fighters were clashing with government troops only a few hundred metres from each other in parts of the artillery base after breaking into government defences around the heavily fortified compound, rebels said.
Aleppo, Syria's biggest city before the outbreak of the civil war five years ago, has been divided between government forces and rebels since the summer of 2012.
Seizing full control would be the biggest victory for Syrian President Bashar Al Assad in five years of fighting and demonstrate the dramatic shift of fortunes in his favour since Russia joined the war on his side last year.
Extremist rebels have poured in thousands of fighters mainly from the rebel-held province of Idlib in north western Syria and deployed dozens of tanks and armoured vehicles in the operation that was named the "Epic battle of Aleppo".
Inside the city, Free Syrian Army (FSA), among them vetted US-backed groups, helped pile pressure on the army and its allies along other frontlines. Foreign opponents of Assad including Saudi Arabia and Turkey have been supplying vetted rebel groups with weapons via a Turkey-based operations centre.
Some of these groups have received military training overseen by the US Central Intelligence Agency. The vetted groups have been a regular target of the Russian air strikes.
Jabhat Fateh al Sham, which is believed to have carried out at least three suicide bombings so far, said it also killed a number of Hezbollah fighters it said were defending the artillery school.
The deputy head of the powerful group, Sheikh Naim Qassem, said in an interview with Reuters this week he saw no immediate end to the war in Syria.
The army said it had foiled the attack on the artillery base and two major military academies.
Hundreds of insurgents had been killed and much of their armored vehicles and tanks destroyed, the army said. It said the assault was the biggest by rebels against government-held areas in the last few years. "
Today there was a large scale attack by the terrorist armed groups and they used all types of weapons but were are fighting this attack and will defeat them," said Brigadier General Deeb Bazi, the head of one of the military academies targeted.
The army said at least a thousand insurgents had been killed since the assault began earlier this week.
An army statement later said it had succeeded in containing the attack with help of allied forces and destroyed three explosive laden suicide vehicles. Reinforcements from pro-government militias were also coming to shore up army positions.
Rebels said jets flying at high altitude, believed to be Russian, intensified their strikes on the area but were unable to hold back rebel advances because of the terrain.
Both Moscow and its Syrian and regional allies see the outcome of the battle over Aleppo as decisive, counting on a crushing blow to insurgents who were on the march until Russia intervened, shoring up Assad's rule.
The complex, multi-sided civil war in Syria, raging since 2011, has drawn in most regional and global powers, caused the world's worst humanitarian emergency and attracted recruits to extremist militancy from around the world.