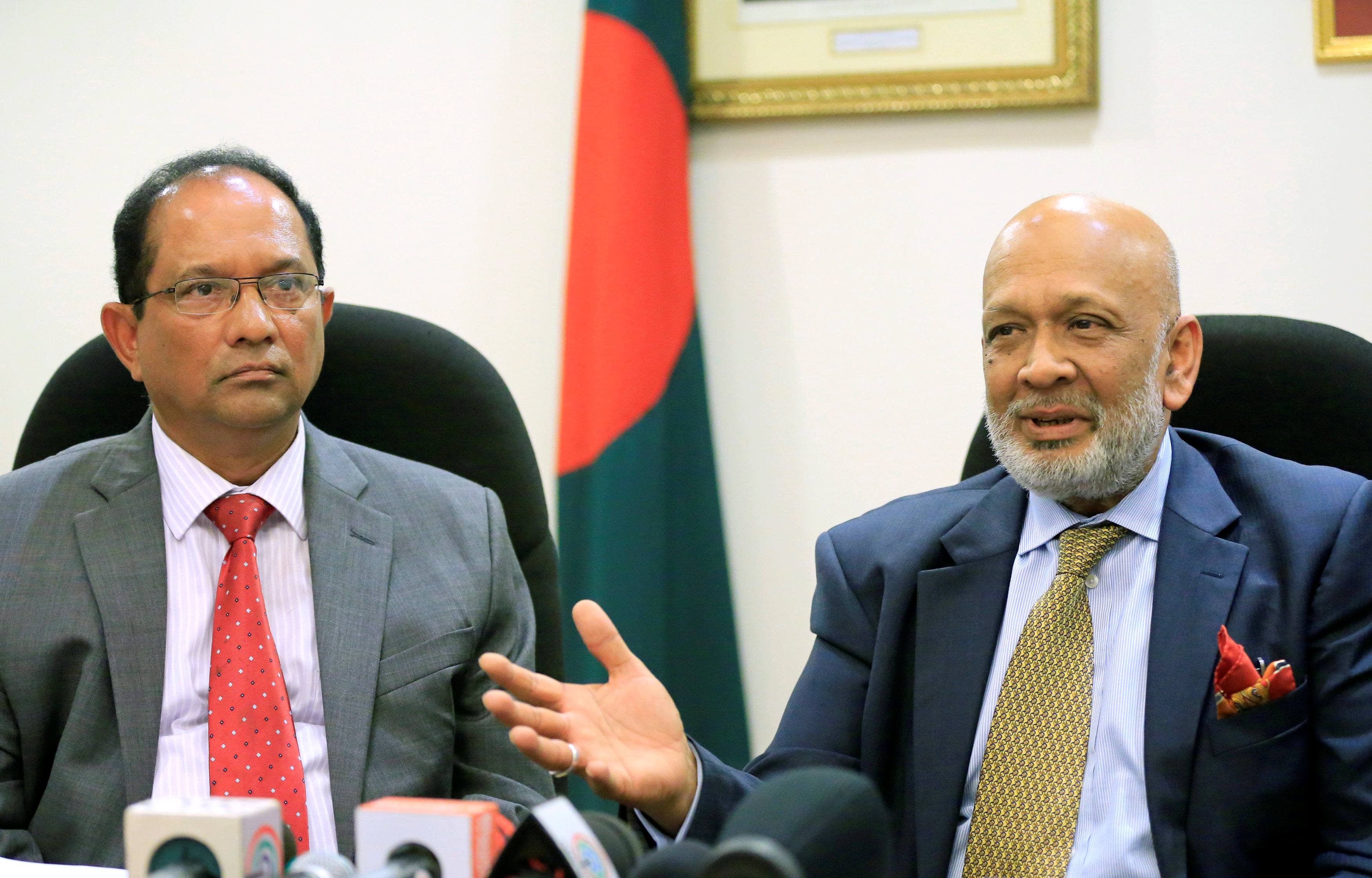 Manila: Philippine President Rodrigo Duterte has given a commitment that $81 million stolen by cyber criminals from the account of Bangladesh Bank in New York and funnelled through bank accounts in Manila would be returned, the Bangladesh ambassador to the Philippines said on Friday.
A Bangladesh central bank team visiting Manila to recover the money said earlier on Friday that it was close to getting back $15 million of the loot frozen by the Philippines.
Cyber criminals tried to steal nearly $1 billion from Bangladesh Bank's account at the Federal Reserve Bank of New York in February, and succeeded in transferring $81 million to four accounts at Manila's Rizal Commercial Banking Corp .
The money was then laundered through the city's casinos, according to investigators.
Only about $18 million, including $2.7 million frozen by the Philippines' casino regulator, has been accounted for.
The Philippines' Department of Justice (DoJ) has asked the Bangladesh Bank delegation to file a legal document staking its claim to $15 million of that, but the casino money will have to be pursued separately, said two sources close to the visiting team.
"We are very hopeful that we will get the total $81 million," said Ambassador John Gomes, who is helping the bank representatives on a four-day visit to Manila ending Friday.
"The reason is I got a commitment from the president himself," he said.
He added Bangladesh's finance minister might come to the Philippines to meet Duterte to help in the recovery of the money.
Gomes said the bank felt RCBC should be held responsible because it did not follow a stop-payment request from Bangladesh Bank, and its lawyer Ajmalul Hossain said it would sue RCBC if it was not able to recover the entire $81 million.
The Philippine central bank said on Friday it would fine RCBC 1 billion pesos ($21 million) in relation to failings over the heist, the largest amount it has ever approved "as part of its supervisory enforcement actions".
In March, RCBC's then president Lorenzo Tan acknowledged at a Philippines senate hearing there had been "some judgment error from the people on the ground".
RCBC said earlier on Friday that the transfers were made based on authenticated instructions over payments network SWIFT, and the hackers had used stolen Bangladesh Bank credentials.
"Going to court instead of the media and various Philippine government agencies is the proper procedure," it added.
Ricardo J. Paras III, chief state counsel of the Philippines DoJ, told Reuters that it has already drafted court documents to begin recovery of the $15 million, but it was important for Bangladesh to prove it is their money.
The Bangladeshi delegation has prepared an affidavit citing a letter by the New York Fed to the Philippines' central bank, in which the Fed said the money was stolen from Bangladesh Bank's account.
The affidavit will be given to the DoJ, the sources said.
The Philippine Amusement and Gaming Corporation (PAGCOR), a government body that regulates casinos in the country, has promised to cooperate with Bangladesh Bank to help it recover the $2.7 million it has frozen, Gomes said.
"The money is with Solaire (Resort and Casino)," PAGCOR President Alfredo Lim told Reuters. "It will put us in a bad light if the money is not immediately released to them."
Solaire, operated by Bloomberry Resorts Corp, has said about $29 million of the funds came to the casino and most was transferred to the accounts of two junket operators.
Solaire declined to comment on Friday.
Bangladesh Bank is relying on internal RCBC documents to buttress its assertion that the bank's Jupiter Street branch in Manila ignored suspicions raised by some RCBC officials when the money was first remitted to the accounts on February 5, and then delayed acting on requests from RCBC's head office to freeze the funds on February 9. Gomes said Bangladesh Bank would also sue Philrem Service Corp, a remittance company that anti-money laundering investigators said was used to transfer some of the $81 million.
"They have the responsibility to return the money or face the consequences," he said.
A lawyer for Philrem, who speaks on behalf of the company, was not immediately available for comment.