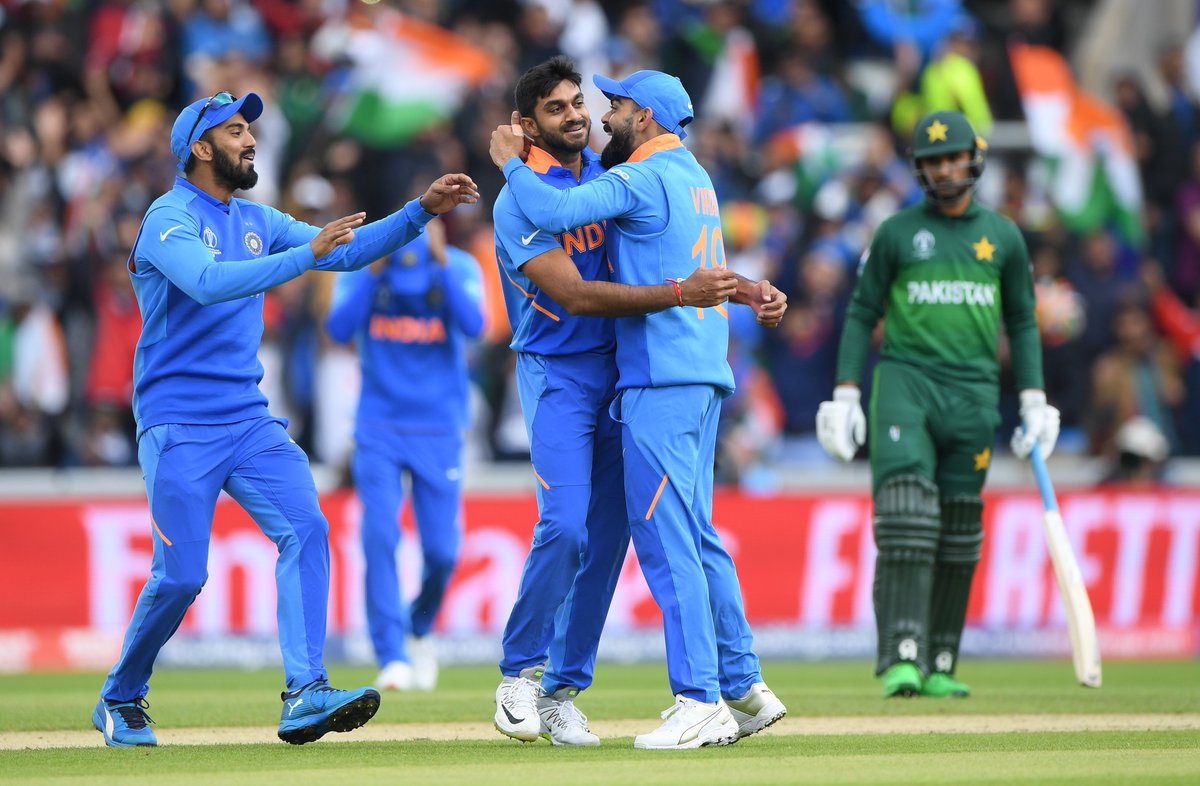 Hardik Pandya, Kuldeep Yadav and Vijay Shankar picked up two wickets apiece to ensure India finish on the right side of the results. With this, India add one more win to their unbeaten track record against their arch-rivals in World Cup.

Pakistan's chase got off to a sluggish start as they were reduced to 38 for one in 10 overs in reply to India's 336 for five -- a total that featured Rohit Sharma's 140 and captain Virat Kohli's 77. Babar Azam and Fakhar Zaman added over 100 runs for the second wicket and kept Pakistan in the hunt.

But they fell in quick succession and after that no Pakistani batsmen create impact in the game which resulted in their side losing the match by huge margin. Earlier, India paceman Bhuvneshwar Kumar limped off four balls into the fifth over with a hamstring injury that a team spokesman said had ruled him out of the rest of the match. But World Cup debutant Vijay Shankar, brought on to complete the over, struck first ball when he had Imam-ul-Haq lbw for seven to leave Pakistan 13 for one.

In the first innings, Kohli became the quickest player to 11,000 one-day international runs, getting there in 222nd innings as compared to compatriot Sachin Tendulkar's previous record of 276 innings. Pakistan left-arm quick Mohammad Amir was his side's only threat with three for 47 despite two early warnings for running on the pitch. – Agencies