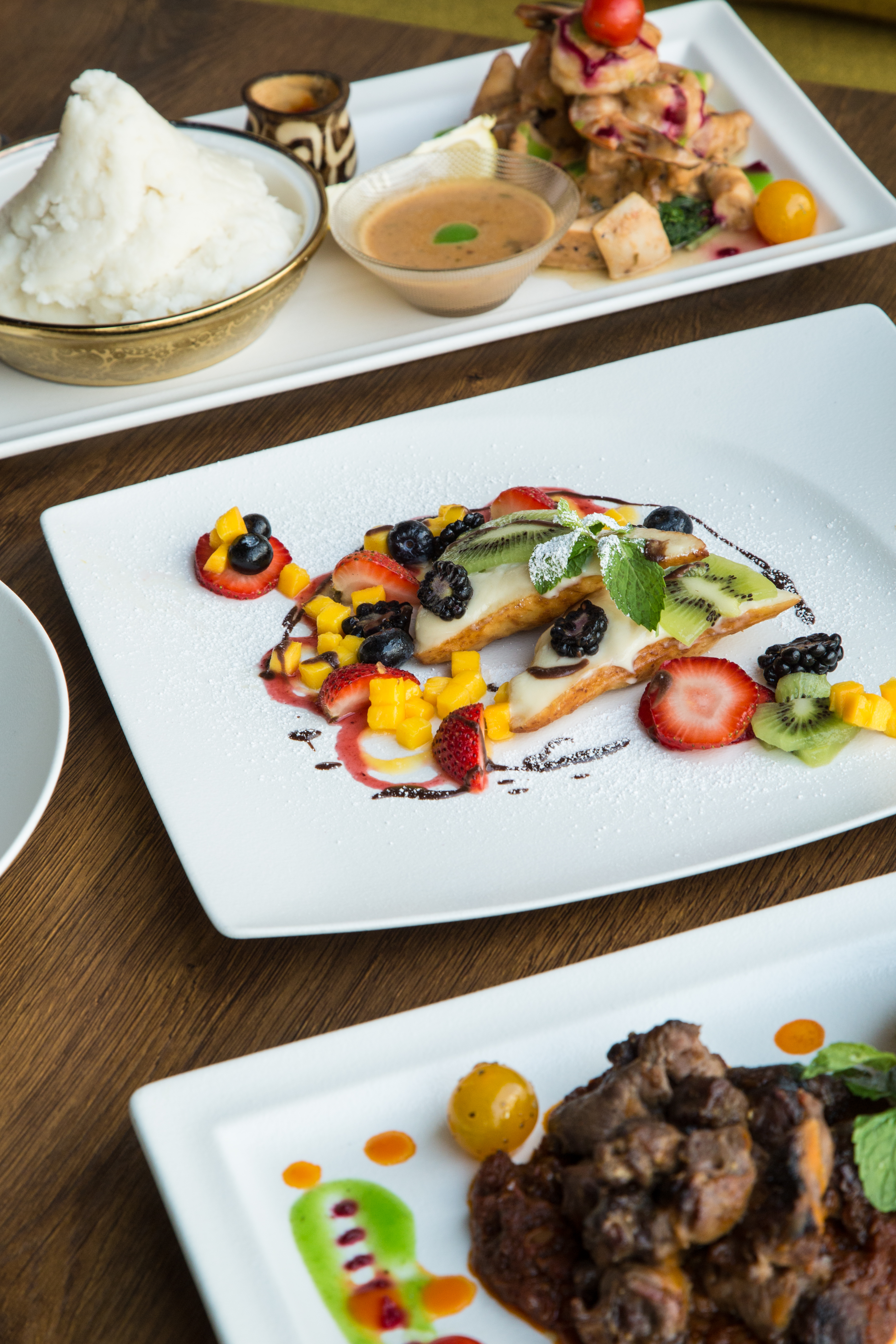 If I say Muscat is gradually growing up to be a foodie’s paradise, I am sure I won’t be outrightly dismissed. After all, seeing the growing number of multinational and local food chains mushrooming here, the claim is certainly not an exaggeration. Different cuisines from all corners of the globe have traversed many-a-kilometre to tantalise the ever-more-sophisticated palates of the Sultanate, the latest of which has arrived directly from Africa.

From the wilds of Africa, the pan-continental cuisine being served at Savannah BBQ is a delight not just for African expatriates, but also for food connoisseurs in Muscat who have thus far had limited gastronomic opportunities to taste the foods of this diverse area of the world.

As I walked inside the swanky Panorama Mall in Bousher to check out the African cuisine at Savannah BBQ, I wasn’t sure what to expect. The wide open space at the entrance beckoning me into the warm, rustic interior, which had clearly been designed with immense precision and care. From the entry point to the farthest corner of the restaurant, various artefacts, be it traditional furniture or the ceremonial masks, dolls, and figurines, or imported chandeliers, were visible. The staff, dressed in traditional attire, added to the Africa essence of the place.

“This is the first proper premium African restaurant in Muscat and we have tried our best to give it an authentic feel of Africa, from the décor to the staff,” said Lee Ashton Hess, African native and manager of Savannah BBQ.

Wood dominates the entire interior décor at Savannah. Lee explained that it has been liberally used as it’s very typical in African environments, where wood is easily available. But what really caught my eye were the rustic chairs, which are actually traditional drums that have been converted to seating.

“A lot of effort and research has gone into this. Each and every piece of furniture and artefact has been brought from Mombasa with individual specifications,” said Lee.

The ambiance was wonderful, but what about the food?

“Though we have a few South African dishes, our focus is more on cuisine from Eastern Africa, which is spice centric and for which the use of chillies is predominant,” Lee explained. But for those craving South African BBQ, should fear not as a huge charcoal barbecue grill has been set up inside the kitchen to ensure an authentic taste. “We do not use electric grill at all,” Lee assured me.

I sat down to sample the cuisine for myself. I started with Savannah Salad and Pweza Salad. The former is a salad of freshly tossed coloured peppers drizzled in a cream sauce, while the latter is a far more interesting salad of barbecued octopus on fresh greens topped with mango and strawberry slices. Superbly fresh, both salads set the mood for the dishes to follow.

Along with the mains, I was served Ugali, a white polenta that is a staple of East African cuisine. Known to be the most common dish in Kenya, Ugali is typically served with seafood, meat, or mashed vegetables. Made of cornmeal, millet flour, and cassava flour boiled in water or milk until it reaches a soft, mushy, dough-like consistency.

It was my first experience with Ugali and, totally ignorant of the right way of having it, I dove into it with my fork and spoon, only to learn later about the proper way to enjoy it. To save you from my faux pas, here it is: Make a small ball with a portion from the dough, form an indentation with your thumb, and use the dough ball to scoop up the other dishes. Mine, a seafood dish of prawns cooked in a coconut-based curry mixed with spinach, would have been perfect for this scooping method.

Delighted as I had been with the subtle flavours of the Ugali, I was eager to try the next dish: An exotic Pilau rice served with lamb. This specialty is from the Swahili region where rice is flavoured with several spices and condiments including garlic, ginger, cardamom, cumin, cinnamon, cloves, and broth. The dish was served with fried onions and cashews along with a curried lamb. The pilau is perfect for those who are fond of fiery spices.

Totally satiated and full I didn’t have room for anything more except the desserts (there is always room for dessert), but I was tempted by so many other unusual delicacies like Babooti, a South African dish made of mince beef topped with a savoury egg custard baked to perfection and served with rice; or while Mishkaki (like Omani mishkak), a barbecued lamb served with fried bananas and a tangy tamarind sauce; or Ndizi, a green banana cooked with meat and coconut sauce.

For dessert we chose Mandazi, a deep-fried African bread topped with cream and fruits. It was a subtle, perfect ending to a wonderful meal full of discoveries.

As tantalising as the flavours of the dishes at Savannah, are the plating and the presentation. The food was not just tasty, but colourful, beautiful, and artful, too.

If food, presentation, and ambiance aren’t reason enough to visit, on weekend evenings, guests can also enjoy live African music, to which the waiters dance. What a grand addition to our city’s growing world of global cuisine. —[email protected]