How 300 people escaped a fiery crash landing in Dubai 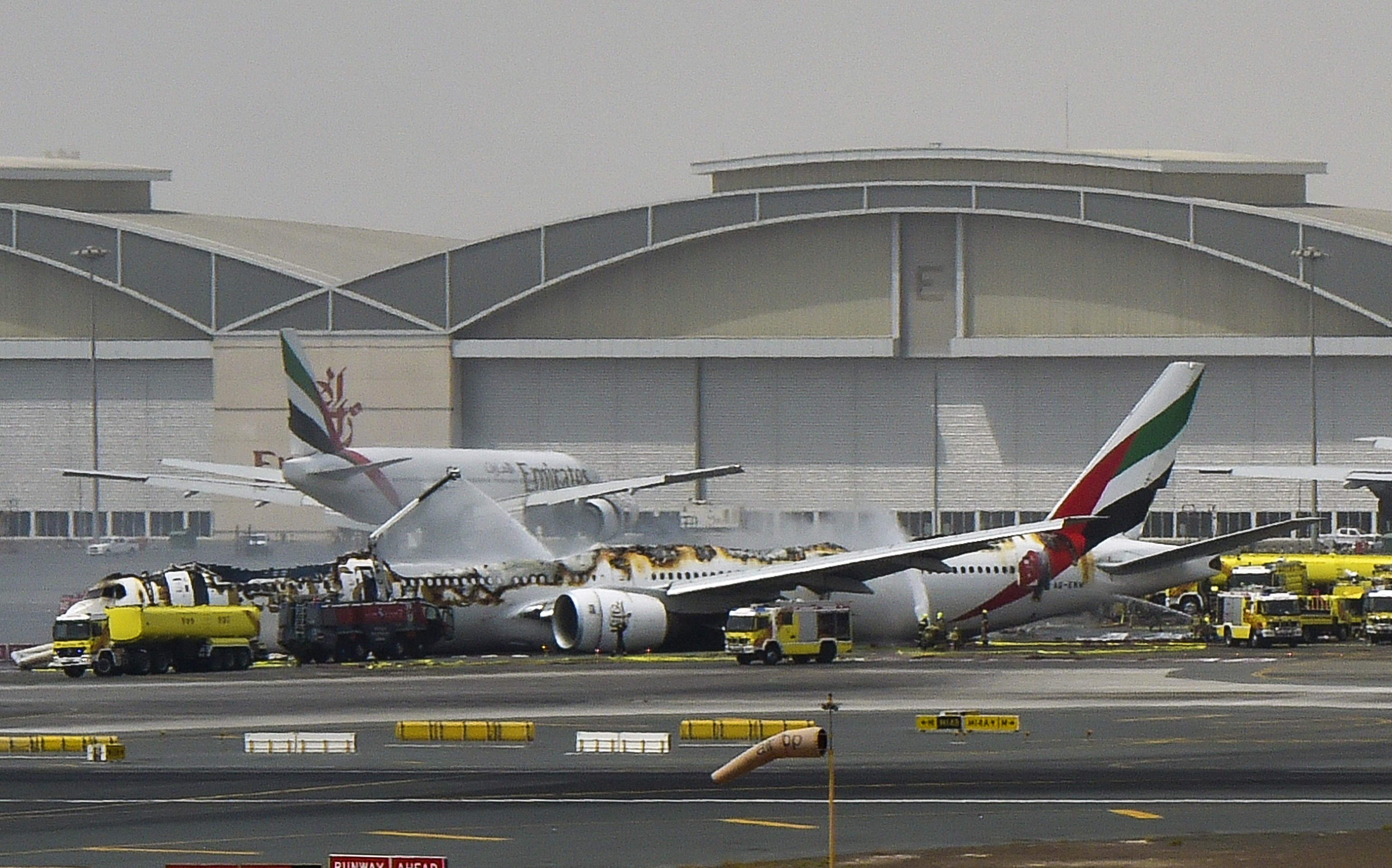 Dubai: An Emirates jumbo jet crash lands in Dubai, suffers an apparent engine explosion, and loses most of its top section to fire.
The plane comes to rest looking as though someone used a giant, flame-throwing can opener to rip off the length of the cabin. Despite this tremendous mechanical violence, all 300 people aboard escaped with their lives. How did this happen?
The incident involving Flight 521, a Boeing Co. 777-300 on a flight from India, resembled the July 2013 crash landing of an Asiana Boeing 777-200 in San Francisco, which clipped a seawall, flipped, and then burned near a runway.
Only three of the 291 passengers on that flight died-a 99 percent survival rate-while the jet was destroyed. Emirates is the largest operator of the Boeing 777, a staple of long-haul flights around the world and a model flown by the airline since 1996. The crash on Wednesday was the carrier’s worst accident in its 31-year history. And while all the passengers survived, a firefighter died battling the aftermath.
In a statement Wednesday, the airline said that flight EK521 "was involved in an operational incident upon landing at Dubai International Airport at approximately 12:45 local time; all passengers and crew were evacuated safely due to the quick response of the teams at Emirates and Dubai International Airport.”
The company subsequently said the crash may have been caused in part by wind shear. The aircraft, powered by Rolls-Royce Trent 800 engines, was traveling from Trivandrum International Airport in Thiruvananthapuram, India.
Delivered to Emirates in 2003, it was piloted by a captain and first officer with "7,000 hours of flying experience each,” the carrier said.
Among the reasons cited so far for helping 282 passengers and 18 crew survive the crash landing, the primary explanations are the "miracle” of engineering and a well-trained crew. On the engineering front, it wasn't so much a miracle as it was probably advances in three areas that increased survivability: Airplanes must be evacuated within 90 seconds, a feat flight attendants are rigorously trained to achieve. That means passengers have a fighting chance to flee an airplane before fire and smoke can engulf it. In addition, the Federal Aviation Administration has invested enormous resources into studying emergency airplane "egress,” including an Oklahoma City laboratory specializing in such flight-safety issues.
The plastics and fabrics aboard airplanes aren't engineered just to resist fire; they also don’t produce toxic fumes when they do burn. That wasn’t always the case-smoke can be even more deadly than flames in an airplane crash.
Airplanes built after 1990 must also meet standards on is released from materials in a fire and the density of smoke the fire produces. All seats on modern airplanes such as the 777 are designed to withstand extreme forces up to 16 times the force of Earth's gravity.
The connections between the floor and seats have also been strengthened so that seats do not break loose in a crash. Emirates NBD PJSC, Boeing Co., and aviation safety regulators will investigate the cause of the accident, a process that will probably take months.
One thing is clear: Aviation will incorporate the lessons that are learned and strive to make flying even safer than it already is.