US election: No one's actually talking about immigration 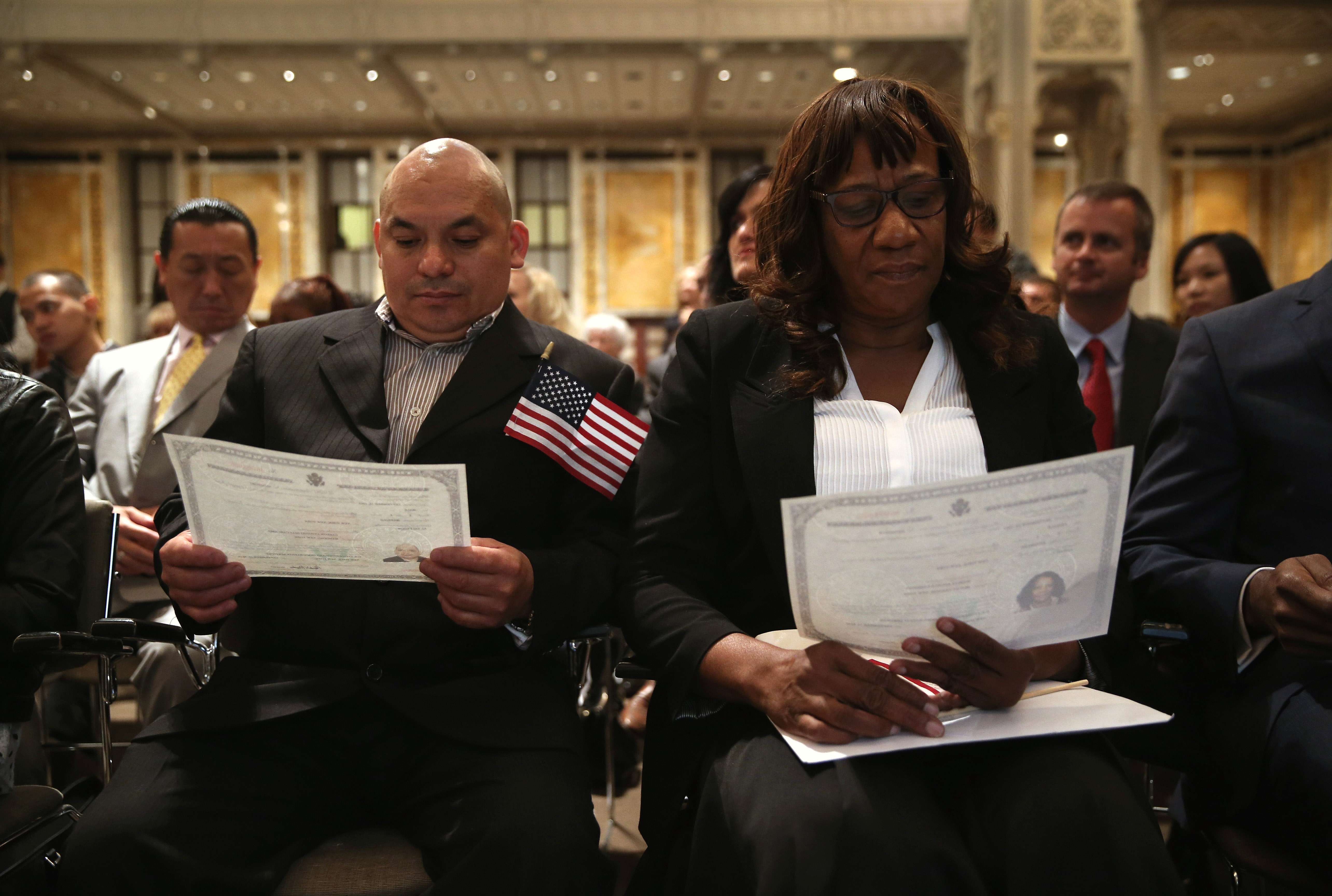 After the parties’ national conventions, one theme that shines out of both is the complete incoherence of our “national conversation about immigration.” Because it’s not really a conversation.
Both conventions leaned heavily on immigration issues. The Republicans portrayed immigration as a bad thing, by highlighting the parents of individuals killed by illegal immigrants. The Democrats were equally avid to show the upsides of immigration, including with a beaming 11-year-old child who is here illegally.
OK, well, that seems normal enough: As with so many issues, one party is for, and one party against. But wait. For what? Against what?
I doubt that many Republicans would say that they are actually against immigration; they don’t want to close the borders and ensure that not a single foreigner is ever allowed to come live here. Nor do I think that most Democrats would say they are “for immigration”; they don’t want to open the borders and let anyone move here. The national conversation is not really “for” vs. “against.” Both sides want some immigration. We’re arguing about the level. Except ... no one is actually trying to establish that level.
Last week, on social media, I posed a question to my friends and followers: What do you think is the maximum percentage of foreign-born residents that US immigration policy should target? In other words, how much would be too much?
A few people gamely answered the question, but the most interesting responses were not from those who gave percentages. Far more people rejected the idea of having a maximum at all. They were simply deeply uncomfortable with the idea of setting any limits. (A few others answered with “100 per cent,” which raises troubling questions about what would be done with those of us who are currently living in the US and are not foreign born.)
But if we are going to have an immigration policy, then we will have to set some limits. And trust me, we are going to have an immigration policy, because the last time I looked, about 165 million people worldwide -- equal to about 70 per cent of the current adult population of the US -- said they wanted to migrate here. That’s more immigrants at one time than the country could realistically absorb.
I think migration is a great moral boon. But I am not prepared to say that Americans therefore have a moral duty to import Jakarta’s traffic jams, Russia’s business practices, and most of the world’s prevailing norms about political corruption. Cultures and countries do have some right to propagate themselves in roughly their current form, which is why I am against imperialism and against open borders.
That’s pretty much the prevailing view. So. We are going to have an immigration policy. That means that there will be limits. Some people will come here in violation of those limits. If we don’t deport some of them, then we effectively don’t have limits, and we’re back to the fact that this is unworkable. Many, probably most, of the people we deport will be sympathetic -- nice folks who want nothing more than to make a better life for their family, just like you and me. That will not obviate the need to have limits or the need to enforce them.
The “against” side of our national conversation comes closer to a coherent position. It (vaguely) acknowledges a need for (unspecified) criteria by which would-be immigrants would be admitted to the US. But the main tenets of the right’s immigration policy are hardly policy proposals at all. A wall doesn’t tell us how many people we will let in, or which people; it doesn’t even deal with illegal immigration that well, given that something like 40 per cent of illegal migrants come here legally and then overstay their visas. Even if we could get on board with a heinous criterion like “no Muslims or people from Muslim countries,” that’s hardly actionable. Are you really going to keep out Christian refugees from the Middle East? (Have fun selling that to evangelicals.) And how are you going to detect those Muslims from countries where some other religion is the majority?
Also, let’s get real for a moment: Anyone who dwells on Muslim immigration is trying to change the subject. Most of the people in the world who want to become Americans are not Muslim and do not live in predominantly Muslim nations. So if we’re actually talking about immigration policy, let’s get back on topic.
How many people should we let in, of what education and skill level? How should we handle marital visas? What tradeoffs are we willing to make between national unity and the humanitarian and practical benefits of migration?
Oh, hear those crickets! No one wants to ask those questions, much less provide answers. Instead we fight about trivia like walls along the border. We formulate an impossibly tangled system with about a zillion different kinds of visas and zillions of more arcane rules, all of which are aimed at instituting limits near what the bureaucrats and legislators gropingly sense might be the public’s level of tolerance -- and aimed, too, at avoiding the need to ever actually openly discuss how many migrants America should have at one time, and of what sort. One side slurs immigrants; the other canonises them. And nothing is ever agreed upon.
Exactly what sort of country do we want to be? And what sort of new citizens do we want to recruit? The only path forward is to discuss those questions -- frankly, with numbers. - Bloomberg View