Taking wickets up front is the key to beating India: Lockie Ferguson 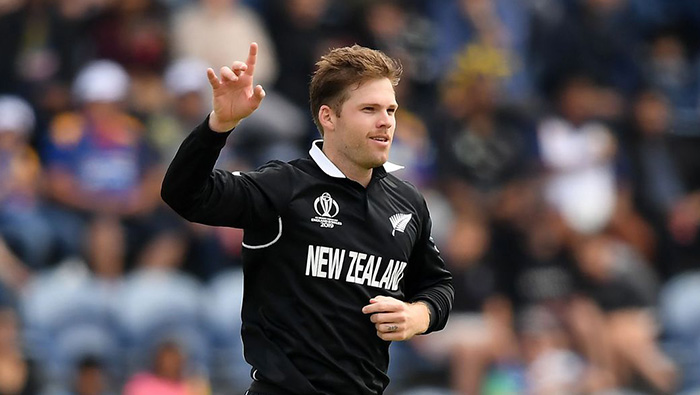 London: New Zealand fast bowler Lockie Ferguson believes that New Zealand's success in their upcoming clash against two times World Cup winners India on Thursday will hinge on their ability to take early wickets and creating pressure.
Ferguson, who is the leading wicket-taker at the ICC Men's Cricket World Cup 2019 so far with eight scalps to his name, said that getting wickets up front will help his side get over the line against India on Thursday.
"They showed us that they're probably a lot more patient in a way," Ferguson said on Tuesday. "And although we're looking to take wickets, sometimes we got a little bit expensive. I think taking wickets up front is the key to [beating] India but, if not, creating pressure and building dots."
Ferguson, who averages 59.67 against India in three matches, contrary to his career average 26.09, further talked about the challenges against the strong Indian batting line-up.
"They're world-class players, you're not going to blow them out of the water, but if you can build up enough pressure against them and then create a half-chance, that could be the wicket and you can then build from there. Obviously, they're playing some great cricket and they're one of the top teams in the competition but we're definitely looking forward to the opportunity of playing them in England and we haven't played them for a while in England."
Trent Bridge, contrary to its history in the last few years, has aided pace and bounce in the tournament so far. Ferguson, who finished with figures of 4/37 in his last outing against Afghanistan, hopes to revel in conditions suited for his type of bowling.
"It's exciting for Trent Bridge to have a bit of bounce and hopefully that'll go in our favour," Ferguson said. "It's been an interesting start to the World Cup with the games here obviously we keep an eye on the different grounds and how the matches go." "But the West Indies showed that there's that extra bounce at Trent Bridge and that caused some trouble for Australia as well, who are good players of the short ball. It's tournament cricket where, if you can create a bit of pressure, it sort of builds up a little bit because you play each team once and you need to win and move on," he concluded.