India bring in Rishabh Pant as cover for Shikhar Dhawan 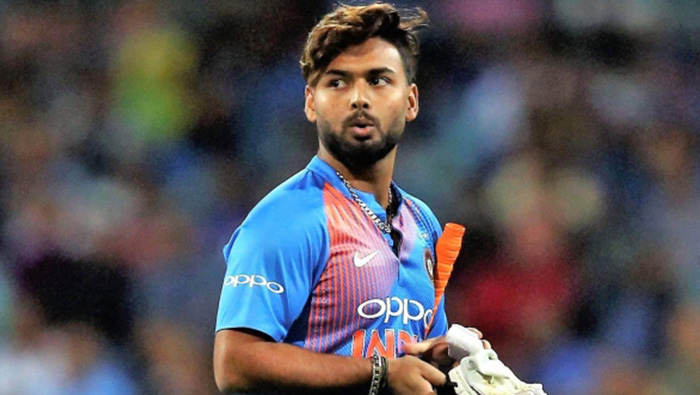 London: India have decided to fly in Rishabh Pant, the 21-year-old wicket-keeper batsman, as cover for the injured Shikhar Dhawan, although no official replacement has been named in the 15-member squad yet. Pant, who had been left out of India's original ICC Men's Cricket World Cup 2019 squad, had been named as one of the stand-bys. According to reports in the Indian media, he will fly into the UK on Thursday, 13 June, to get acclimatised should the need arise for him to be a part of the 15.
As an explosive left-handed batsman, with a strike-rate of 130.98 in the five one-day internationals he's played so far, Pant is a like-for-like option to replace Dhawan. He has two hundreds in his nine-Test career, including one in England. He was in good form during the Indian Premier League as well. Dhawan faces a spell on the sidelines after suffering a hairline fracture on his thumb during his match-winning hundred against Australia at The Oval.
Given how integral the opener is to the team's balance, and his success in ICC tournaments, India have refrained from announcing a replacement for him right away, as doing so would rule out a return if he recovers, unless another player gets injured and the ICC's event technical committee is satisfied with Dhawan being the replacement.
Although no timeline has been given for his return yet, it is understood that Dhawan will miss the matches against New Zealand and Pakistan, and possibly the ones against Afghanistan and West Indies as well. KL Rahul is expected to open the batting in his place, with Hardik Pandya batting at No.4, and one of Vijay Shankar or Dinesh Karthik slotting into the middle order.
“Dhawan is presently under the observation of the BCCI medical team," the Indian team said in a statement on Tuesday, 11 June. "The team management has decided that Dhawan will continue to be in England and his progress will be monitored.”