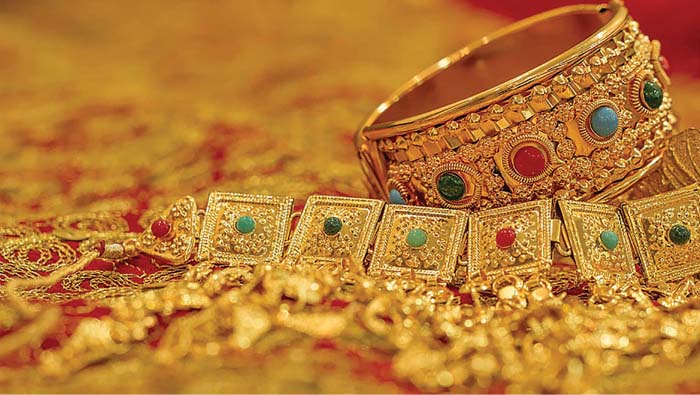 Muscat: Gold prices rising slightly won’t have a negative effect on sales, jewellers have said.
They added that they expected brisk sales, come the festive season of Diwali and Dhanteras in the first week of November.
Gold prices increased slightly from OMR14.750 per gram (22 karat) on Monday morning to OMR 14.800 in the evening. The yellow metal went for the same price on Tuesday and Wednesday.
On Sunday, the price of the precious metal had been OMR14.700 per gram. So, it’s an increase of 100 baisa in three days.
The value of gold reached its highest point for the month on September 6, when it hit OMR14.850 per gram.
This comes in the backdrop of gold prices dropping in the recent past. In fact, the price of the yellow metal had dropped to the lowest in 10 months in the third week of July at OMR15.05 per gram. The price had been dropping for some two months, before stabilising and appreciating slightly.
Representatives at Malabar Gold said that despite the slight rise in the value of gold, the prices had been lower compared to last year. “The gold price has not risen to a great extent for the past couple of weeks and the slight variations happen often.
“There isn’t much of a fluctuation in the rate of gold these days. It has remained relatively stable, and right now, it is a golden opportunity for customers,” Najeeb K, regional head, Malabar Gold and Diamonds, said.
“Diwali is the biggest (Hindu) festival where customers prefer to buy gold. We expect a good footfall this Diwali and, in addition, the relatively low gold price will be an advantage for customers. Also, we have started advance booking and selection for this Diwali,”
he added.
‘Diwali usually good’
Najeeb insisted that Diwali’s gold rush would not be affected negatively due to the slight increase in prices, adding that the company would be wooing potential consumers hard in the lead up to the festive season.
“Of course, Malabar Gold and Diamonds has always done well during Diwali and we will put our best efforts into it this time too. It’s a good opportunity for customers to purchase gold, and customers know how to make use of it,” he added.