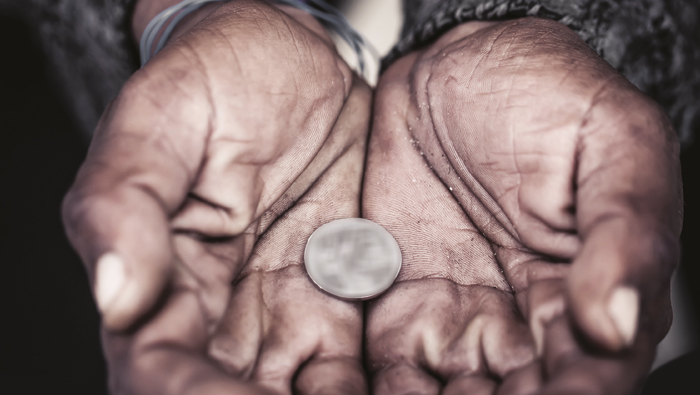 MUSCAT: Expat beggars from conflict zones will not be sent back to their home countries unless they are caught a second time, authorities have said.
A clampdown on beggars during Ramadan had resulted in 31 children under the age of 12 being rounded up with their parents. Most of them were from outside Oman and from countries that are conflict-ridden. Faced with the choice of repatriating them to their war-torn countries, Omani authorities have instead chosen to ask them to sign an agreement promising to stop begging. The authorities will also help parents find work so that they can earn money legitimately. When a prison sentence is required, mothers and their children are kept together in special “mother and child” detention units in Oman.
Only after a second offence is committed do the authorities consider deportation, according to a spokesman from the Social and Welfare Department.
‘Struggling with life’ and ‘poor’ are some of the reasons beggars cite in the Sultanate when they resort to asking for money from the public, said an official from the Ministry of Social Development (MoSD).
Last month, MoSD had arrested 330 beggars in different wilayats in Oman. Most of them were men, but some were women with their children. When asked about the reasons for resorting to beggary, some said they were facing difficult circumstances and others said they were just poor.
A MoSD spokesman said: “They are mostly foreigners from war-torn countries nearby. They said they are struggling and are poor.”
MoSD has a system in place, which assesses the beggar’s situation, after which the ministry takes action, based on the individual’s circumstances.
Beggars are assessed and if the study shows that the beggar is in fact in need of social help and is eligible for social welfare, the ministry guarantees that they receive welfare. If the study finds that the beggar is capable of working, but does not have a job, the MoSD will coordinate with the Ministry of Manpower to find a job opportunity for him.
Those who have a good social and economic situation must refrain from begging and the ministry will refer them to the appropriate authority to help them get involved in a commercial project to increase their income.
A small number of beggars, who do not follow the law and repeatedly beg, end up with a fine and jail time.
Deportation follows, but is based on a case-by-case investigation.
When asked about the consequences of foreigners begging in Oman, the official said, “They will be referred to the police and other authorities to carry out an investigation. They would inquire about how they came into the country and their visa will be checked, for example.”
“They would then be required to sign an agreement declaring that they won’t repeat the offence again. If they do, then legal procedures would be initiated against them,” he added.
The law also states that beggars are to be punished with imprisonment for a period of not less than two months and not more than a year, and a fine of not less than OMR50 and not more than OMR100 or either of these punishments if they are found begging in public or private streets, places or shops.
If the beggar is a repeat offender then the sentence shall be imprisonment for a period of not less than six months and not more than two years. Some beggars use children to gain some sympathy from their “victims,” which is quite often an effective way to make money.
However, using a child for beggary is also a criminal offence.
According to the Child Law, Article 44 states that it is forbidden to use or hand a child to others for beggary.
Punishment is stated as imprisonment for a period not less than three months and not more than three years and a fine of not less than OMR50 and not more than OMR100 or either of these punishments is imposed on those who use or hand a child to others for beggary. The penalty shall be doubled if a parent, guardian or anyone in charge of taking care of the child is involved.
“If the beggar is a mother with a child, they will be sent to a child friendly facility so the mother isn’t separated from her child,” said the official.
“If the beggar is a man with a child, we would find the relatives and send the child there while the man serves times in jail,” he added.
Some members of the public recalled their experience with beggars.
“I was approached by an old man near a shopping centre, who literally stood behind my car so I couldn’t reverse out. I had only OMR1.5 with me at the time, out of which the OMR1 I had been used in the shopping centre. He refused to let me go until I gave him something and he didn’t accept food, so I gave him all I had at the time, which was the 500 baisas,” said Melanie Crasta, a resident.
She added, “He said, ‘You can’t give me OMR1 at least’ and not to mention the guy was reeking of smoke and actually did a whole hand gesture shooing me away.”
Others have also discovered false stories of beggars.
Hussein Al Lawati, a medical student, said, “A beggar of an Arab nationality asked me for money to help buy his son medicine. So I asked about the medicine type and the health problem the beggar’s son was suffering from. The beggar claimed that his son has asthma and needs an inhaler, so when I asked him to come along with me to the pharmacy to buy the inhaler, he panicked and said that his son needs many other medications too.”
“His acting in such a suspicious manner made it clear that he was lying about his son’s illness,” Al Lawati stated.