Crude oil set for huge loss amid retreat towards $40 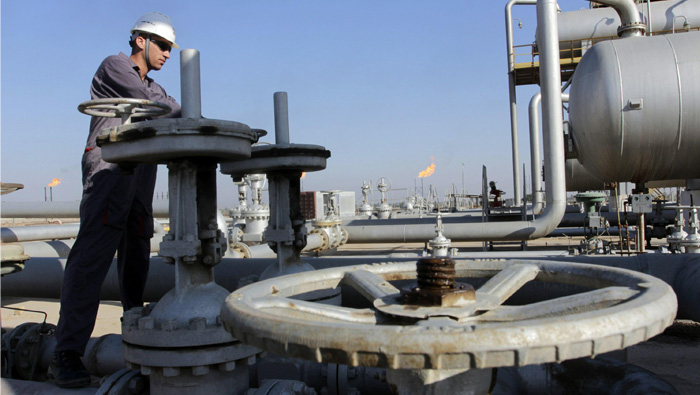 New York: Oil was poised to enter bear market in New York with its biggest monthly decline in a year as brimming crude and fuel inventories forced a retreat towards $40 a barrel.
United States futures fell 1.1 per cent, bringing the monthly drop to 16 per cent. Prices settled on Thursday 19.7 per cent below their June peak, close to the common definition of a bear market. US crude inventories rose last week for the first time since May while gasoline stockpiles expanded, swelling a surplus that was already at the highest seasonal level in at least two decades.
Libya’s biggest oil ports are reopening after a dispute with guards at the facilities was settled, although other factions in the country have threatened to block shipments.
Oil has slipped about 20 per cent since early June, ending a recovery that saw prices almost double from a 12-year low in February. Supply disruptions from Nigeria to Canada that trimmed a worldwide surplus have abated, while concerns about the strength of demand have increased. Producers including BP, Royal Dutch Shell and Total reported sharp declines in second-quarter earnings as lower prices continued to take their toll.
"This will be a bumpy ride,” Ed Morse, New York-based head of commodities research at Citigroup, said by e-mail. "There remains a crude oversupply, and for seasonal and other reasons a gasoline oversupply has emerged. It will take a good six months to work off the product oversupply.”
West Texas Intermediate for September delivery lost as much as 50 cents to $40.64 a barrel on the New York Mercantile Exchange and was at $40.70. The contract fell 1.9 per cent to $41.14 on Thursday. Total volume traded was about 25 per cent below the 100-day average. The monthly drop is the biggest since July 2015, when prices also recorded their steepest loss of that year, with a 21 per cent decline.
US stockpiles
Brent for September settlement, which expires Friday, slid 74 cents to $41.96 a barrel on the London-based ICE Futures Europe exchange. Prices are also down 16 per cent this month, the most since December. The more-active October contract lost 56 cents to $42.67. The global benchmark traded at a premium of $1.31 to WTI for September.
US crude stockpiles increased by 1.67 million barrels last week to 521.1 million as output rose, the Energy Information Administration reported Wednesday. Supplies remain more than 100 million barrels above the five-year average. Gasoline inventories expanded for a third week to 241.5 million barrels.
Libya’s internationally recognized government agreed to pay the salaries of Petroleum Facilities Guard members, who control oil ports in eastern Libya, in exchange for them reopening the terminals, an official said. US drillers are signaling oil at $60 a barrel or more is required before meaningful production can resume.
The Organisation of Petroleum Exporting Countries (Opec) basket, a price average for the crude grades exported by OPEC members, fell below $40 a barrel for the first time since April, reaching $39.79, according to data from the group
Eni posted a surprise loss as a heavier tax burden added to the problems of low oil prices and a production shutdown in Italy.