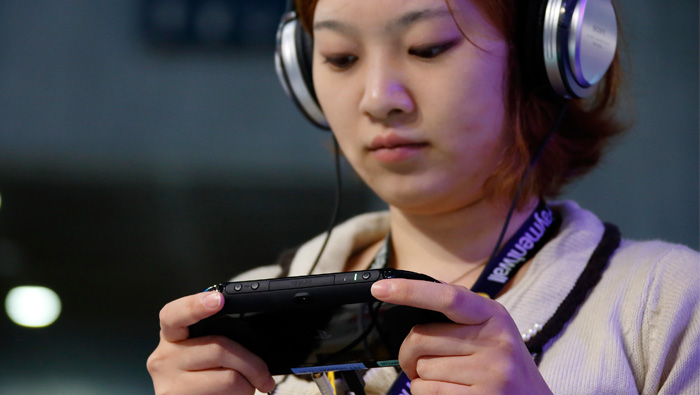 Tokyo: Sony posted a surprise quarterly profit as strength in its PlayStation division outweighed a slowdown in sales of image sensors.
The company reported net income of ¥21.2 billion ($205 million) in the quarter through June, compared to the average analysts’ expectation for a ¥39 billion loss. The firm maintained its forecast for annual profit of ¥80 billion.
The strength in games is helping investors look past impact from the Kumamoto earthquakes, which shut the primary manufacturing site for image sensors that power digital cameras. Their focus is shifting to how the company manages a global slowdown in smartphone sales that is hitting component sales, and whether it can sustain user growth at its games division before launching a virtual reality platform and upgraded PlayStation consoles.
"Nothing short of fantastic, especially given that the market has been expecting a loss,” Amir Anvarzadeh, Singapore-based head of Japanese equity sales at BGC Partners, said in an e-mail. "The big takeaway was the games business. Profit there more than doubled and that’s even before PlayStation VR launch in October, which will be a huge shot in the arm for hardware sales.”
Estimates for operating losses from the earthquakes were lowered to ¥80 billion for this fiscal year, from ¥115 billion.
Currency impact
Operating income for the quarter was ¥56.2 billion compared to estimates for a ¥3.1 billion loss. The company trimmed its full-year sales forecast to ¥7.4 trillion from ¥7.8 trillion, partly because of currency impacts on businesses including games.
Shares rose 2.8 per cent to ¥3,282 in Tokyo before the earnings were released, extending this year’s gain to 9.3 per cent.
Game unit revenue rose 15 per cent ¥330.4 billion and profit more than doubled to ¥44 billion. Sony is looking to cement its lead over Microsoft and Nintendo by launching a virtual-reality headset in October in the United States, as well as a more-powerful version of the PS4 potentially before the end of the year.
Sony sold 3.5 million PS4 consoles in the quarter and kept its annual outlook for sales unchanged at 20 million units.
‘Angry Birds’
Last month, Sony raised revenue and margin targets for the PlayStation business next fiscal year, as it expects a push into music and video streaming on its gaming network to boost user growth.
"They’re releasing more software and the time is now to harvest profits,” said Hiroyasu Nishikawa, an analyst at Iwai Cosmo Securities Co. "The first year might be a bit tough for VR, but in the long run it will contribute to profits. And by prolonging the life of the PS4, profits should grow.”
Its TV and movie unit posted a 10.6 billion yen loss, narrowing from a year earlier, on higher sales after the release of summer hit "The Angry Birds Movie.”
Sony’s phone division posted a 400 million yen profit after the company slashed costs, reducing its range of models and retreating from markets where it struggled. The unit has also benefited from a stronger yen, which has lowered the price of components, according to Mizuho Financial Group Inc.
The firm reported a ¥43.5 billion quarterly loss in the division that makes image sensors used in smartphones. The smartphone industry is facing its worst year since Apple introduced the iPhone in 2007. The slowdown may hurt its image sensor business, which supplies camera parts used in mobile phones.