Singapore Air warns of tough days even as profit triples 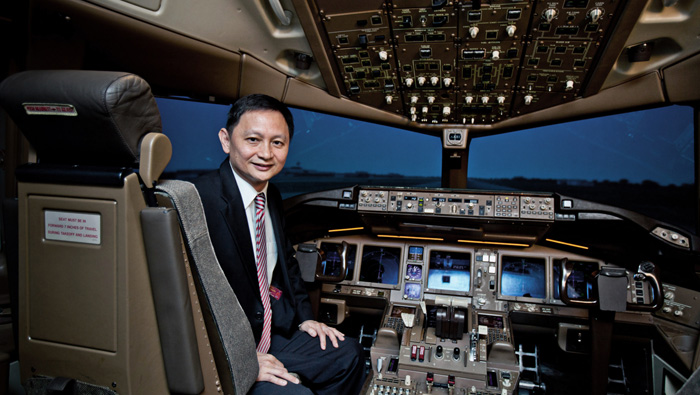 Singapore: Asia’s marquee airlines are warning tougher competition is squeezing them.
Singapore Airlines has said passenger yields — a key measure of profitability in the industry — remain under pressure amid ‘aggressive capacity injection’. Yields declined to their lowest in more than six years in the first quarter. The stock fell 2 per cent in Singapore on Friday, the most in more than two months.
Singapore Air — the only Asian airline to have flown the Concorde and first in the world to fly the A380 superjumbo — on Thursday reported first-quarter profit almost tripled as lower oil prices reduced costs and the company benefited from the sale of a stake by its subsidiary. Net income jumped to S$256.6 million ($190 million) in the three months ended in June even as sales declined 2.1 per cent to S$3.6 billion.
Earlier this month, Ivan Chu, chief executive officer of Cathay Pacific Airways, which dominates the Hong Kong financial hub, said there is "intense pressure" on the metric.
The expansion of the Middle East’s ‘Big Three’ — Emirates, Etihad Airways and Qatar Airways — and an unprecedented surge by budget airlines in the region is hurting the pricing power of Asian carriers. Singapore Air CEO Goh Choon Phong and his Cathay counterpart Chu have ordered some $20 billion in new aircraft to modernise their fleet and take on their competitors who are offering luxuries like on-board shower and butlers.
"Yields will continue to erode for many quarters to come," said Shukor Yusof, founder of aviation consulting firm Endau Analytics in Malaysia. "We are still in the downside of the cycle, especially for the premium sector. There is still some overcapacity in the market.”
Shares of Singapore Air dropped to S$10.98, while the city’s Straits Times Index fell 1.7 per cent.
Yields, or the revenue earned from a passenger for flying a kilometer, was 10.3 Singapore cents in the quarter ended in June, compared with 10.7 Singapore cents in the same quarter a year earlier.
"The business outlook for the parent airline company remains challenging amid economic weakness and geopolitical concerns in some markets," Singapore Air said in the statement. "Competition remains intense with aggressive capacity injection, and yields will continue to remain under pressure. Yields will be further diluted if key revenue-generating currencies depreciate against the Singapore dollar."