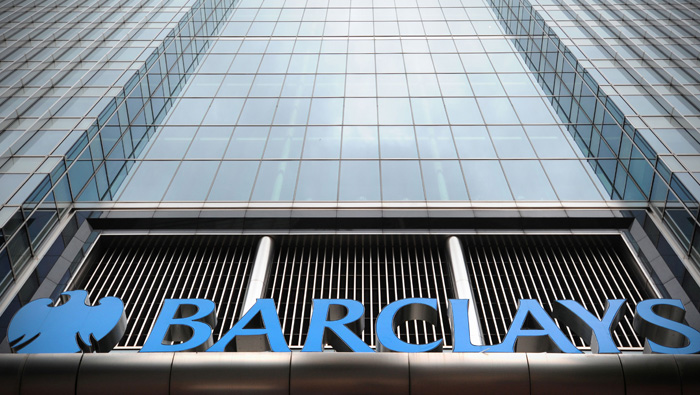 London; Barclays said profit fell by more than half in the second quarter as the bank posted a £1.1 billion ($1.4 billion) pretax loss from the unit that houses the businesses and assets its trying to sell or wind down.
Pretax profit, excluding notable items, fell to £763 million from £1.62 billion a year ago, the lender said in a statement on Friday. That missed the £985 million average estimate of six analysts.
Chief executive officer Jes Staley in March cut the firm’s dividend in half to give the bank more capital to absorb losses from a quicker rundown of the non-core unit. He aims to close that division by the end of next year, allowing investors to focus more on the bank’s central businesses of UK retail banking, credit cards and a transatlantic investment bank.
"Non-core rundown — the key to unlocking the full earnings power of that core -- has good momentum, and we remain committed to closing the unit in 2017,” Staley, 59, said in the statement. Barclays shares climbed 4.2 per cent.
‘Core’ performance
The bank’s core units posted adjusted pretax profit of £1.85 billion. While that was down 7.5 per cent from a year earlier, it was 10 per cent higher than estimates, JPMorgan Chase analysts led by Raul Sinha wrote in a note to clients. Revenue from those units was little changed.
The non-core loss of £1.1 billion exceeded estimates of £700 million, Sinha wrote. The bank said it expects costs at that unit to drop to a range of £400 million to £500 million next year. That’s down from about £1.6 billion the bank is expected to spend this year, having already booked 950 million of costs in the first half, Staley said in the Bloomberg Television interview. "Overall, management continues to make progress in its strategy, but outlook is uncertain,” Sinha said.
Trading revenue
Barclays corporate and international unit, which houses the investment bank and non-retail operations outside the UK, made a profit of £1.7 billion in the quarter, down from £1.9 billion a year earlier. The return on tangible equity at the division, a measure of profitability, was 19.2 per cent, less than the 22.5 per cent it made last year. The investment bank on its own made a return of 9.5 per cent.
Revenue from fixed-income trading in the firm’s markets business rose 10 per cent to £881 million, whereas equities trading dropped 31 per cent to 406 million pounds. Investment banking fees rose 7 per cent to £622 million.
Staley’s nascent turnaround effort at Barclays was dealt a blow by Britain’s vote in June to leave the European Union, just months after he decided to retreat from Asia and Africa and refocus on the UK to revive profitability. With the country now heading for a recession and questions over whether the investment bank will be allowed to continue doing business across Europe from London, analysts have slashed the firm’s earnings outlook and called for deeper cost cuts.