Top Indian food at Maya Restaurant at The Cave in Muscat 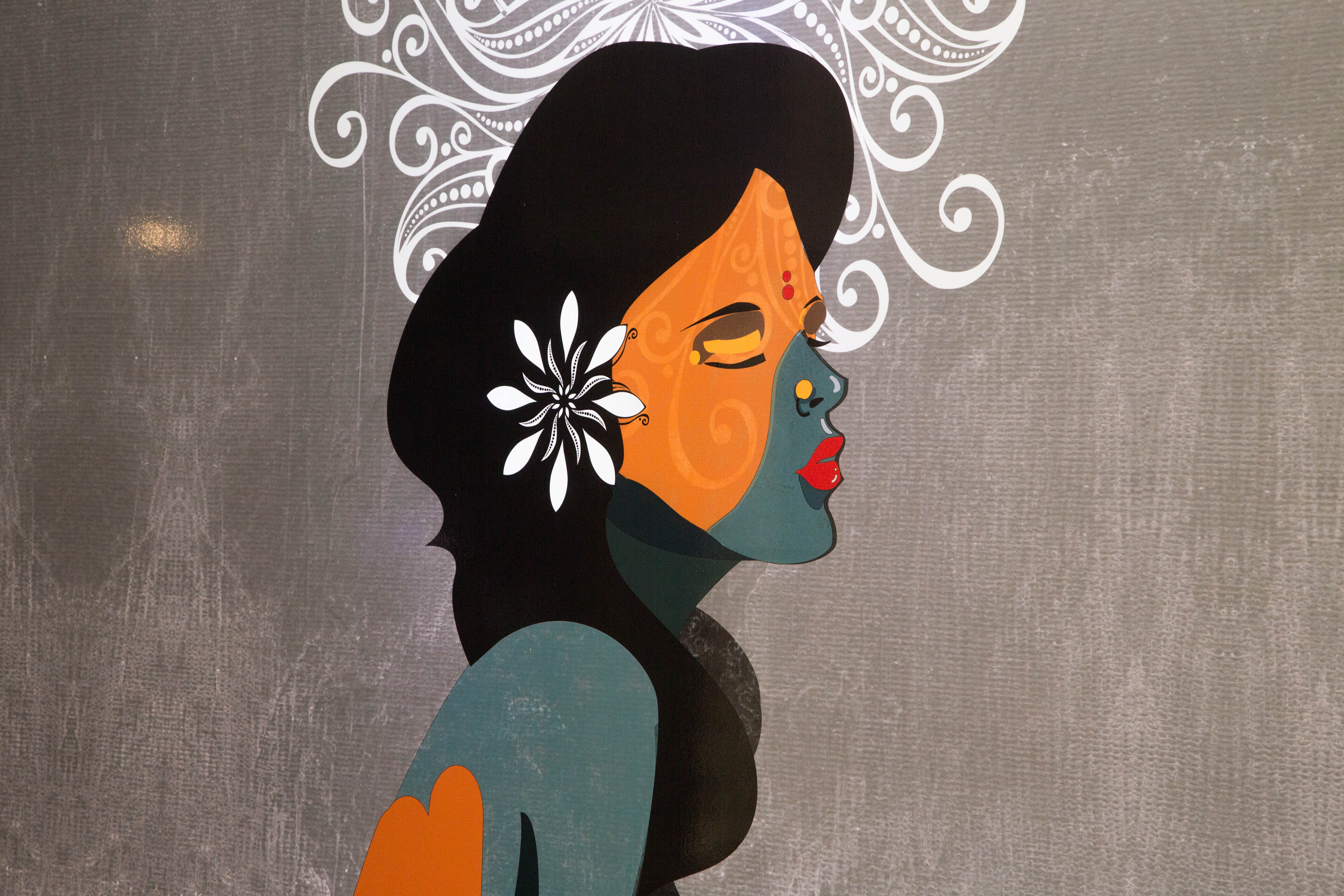 Every single time I pass Qurum Heights, I find myself gaping at the beautifully lit conglomeration of restaurants that Oman calls The Cave. I’ve always wondered what it would be like from inside until one day I got an invite from Kishore asking me to pay a visit to the complex’s newest restaurant, Maya.

was sucked into the big dark opening of The Cave complex by means of automatic doors that transferred me into a different realm and time. As my eyes adjusted to the dimly lit space, I saw that everything around me was made with warm brown woods accented by colourful little lanterns hanging from the ceiling.

On the walls, abstract female figures drew me down the corridor and a flight of stairs where I stopped before a board that read, Walk in as a guest... leave as a family. I wasn’t sure about guest or family, but at that moment I felt like an outsider who had just entered a different world, one which held many surprises. An apt feeling considering the fact that the name of the restaurant I had entered, Maya, meant magic.

I feel that inspiring a sense of curiosity, mystique and mystery, is an integral part of a dining experience, and this is exactly what Maya has been praised for since its opening. The restaurant has an Indo-Western feel to it, but it’s a story that is intentionally left open for interpretation. At the first glance it might appear to be like any other posh “modern Indian” restaurant, but every little adornment in the space is there for a reason, contributing to the overall essence of the restaurant. For instance, the floor and the ceiling are made of stone and have a rugged texture which give it a very raw Indian village feel. From the ladders that stretch up to the ceiling, little earthen lanterns, not unlike those you would find in a farmer’s mud hut in India, are hung. Meanwhile, the walls feature the characters Maya and Manga along with mystical texts that read like metaphors, painted in vibrant colours . To me, the entire place felt like a mysterious poem.

I sat down with Kishore Singh, the man behind the concept of Maya, who has been working in the hospitality sector since 1996. He has found that people crave a taste of country-style living, wherein they can sit on the floor and dine, use their fingers to eat food instead of half a dozen cutleries, and experience the raw pleasure of dining. Kishore tried to incorporate that essence in the restaurant, while maintaining a feeling of luxury and sophistication in terms of both the food and the ambience.

As we were chatting about his ideas and vision, a waiter approached with a wine glass filled with brown smoked balls and hay. Kishore explained that this dish was their Hay Tamarind Potato and was a classic example of their playful concept. The potato balls were dipped in a sweet tamarind sauce and flamed through to let the flavours seep in. But what caught my attention was the unusual garnishing of dried hay that was placed on the side. He explained that the hay was used as a reminder and a dedication to the farmers, who after working in the fields for hours, pile up stacks of hay to make their dining space. I was impressed by the gesture, a welcome ode to the ones who work hard to feed the rest of us.

The parade of dishes began, and I was served an orange coloured carrot narangi shorba (carrot orange soup), which didn’t taste too strong and was very light appetising me for the rest of the meal. The chicken wings that were served with sprouts, was like any other chicken wing you eat, save the strong Indian flavour of spices that you could feel on every single bite. The juicy and crispy shrimp popcorns that were served has become my favourite nibble eat since then.

Before I dove into the food,I tasted the rainbow of sauces before me; melting into a world of sweet-spicy-savoury flavours. Then, three red king prawns, seated majestically in little yellow bowls, were placed directly in front of me.

Just as I leapt forward to attack the irresistibly delicious looking food, my waiter (who looked exactly like Manga from the wall paintings with his big afro wig and whacky shades with little LED bulbs on the rim like a disc jockey from the 70s) gestured me to be patient and wait. My eyes were fixed on him and his animated appearance, but he pointed to the prawn, and I turned my head to look longingly at the dish with childishly expectant eyes. Like a magician at a child’s birthday party, the waiter-slash-entertainer brought a shot glass, which he skilfully lit and proceeded to pour over the prawns. I watched them burn until the fire fizzled. I grabbed the biggest prawn and took a bite of the meaty, charred crustacean, made all the more satisfying by the wild presentation.

The drinks that accompanied the meal were an absolute delight to look at. While some of the drinks served looked playfully colourful and bright, there were others that looked and tasted elegant and classy. The fruit juices were served in orange, red and blue lightbulb glasses and the mocktails were served in elegant margarita glasses rimmed with beautiful garnishing of ginger, lemon, and a tiny gola (crushed ice poured with flavoured syrup) served in a tiny pressure cooker replica.

The staple dessert of India, kulfi, served in three different flavours, coconut, mango and strawberry, marked the end of our hearty lunch.

As I ate my kulfi, I thought about the meal I had just enjoyed. I was tempted to call it fusion food, but that wouldn’t be a fair generalisation, as every dish on the menu retained its Indian essence, and wasn’t really “fused” with anything, and brought forth the traditional Indianness, and did not completely introduce an international cuisine into the Indian food. So could it be modern Indian food? Maybe, but that makes me think of something far more serious than the playful, hard to define dishes I had enjoyed. At the end, I decided that I wouldn’t want to categorise the food of Maya at all. I’d rather leave it up to you to decide what to make of it. Don’t try too hard to decipher this place or her offerings, leave a few questions unanswered so your imagination can interpret and weave a story for itself. On a visit to Maya, I recommend that you simply sit back and enjoy the experience, savouring the surprises for as long as they linger on your tastebuds. —[email protected]