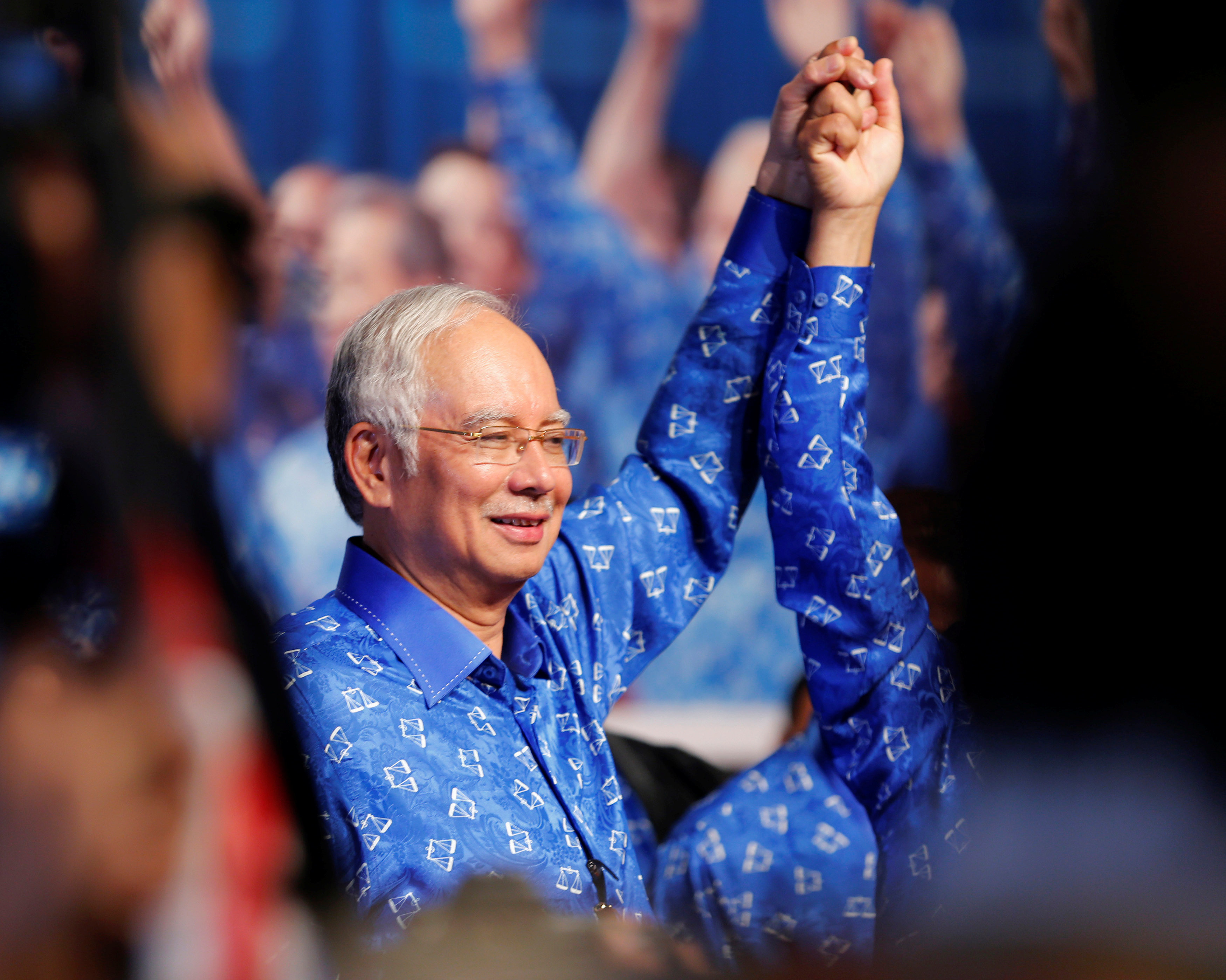 Kuala Lumpur: Malaysia's Prime Minister Najib Razak will get sweeping security powers on Monday amid planned protests calling for his resignation over the US allegations that millions of dollars from a state fund wound up in his personal bank account.
The new National Security Council (NSC) Act, which comes into force on August 1, allows Najib to designate any area as a "security area", where he can deploy forces to search any individual, vehicle or premise without a warrant. It also allows investigators to dispense with formal inquests into killings by the police or armed forces in those areas.
Najib's ruling coalition promoted the law as a means to counter threats to security in Malaysia, which has long dealt with a fringe element of radicals.
But critics say the law's expansive powers threaten human rights and democracy in the middle-income emerging nation, and could now be used to silence critics of the One Malaysia Development Berhad (1MDB) fund scandal.
"The concern among the civil society and others is because the NSC can be used against anything that the government is unhappy with," said Wan Saiful Wan Jan, chief executive of the Institute for Democracy and Economic Affairs, adding that it could extend to public rallies.
"It does give the PM a huge amount of power to declare emergency zones...," he said.
The law was passed on the last day of the legislation session in December, surprising the opposition, as Najib came under mounting criticism over the multi-billion dollar scandal surrounding the 1MDB fund, which he founded and whose advisory council he chaired until recently.
The law was enacted without the customary royal assent from Malaysia's king, who had asked for some changes.
Pressure on Najib to step down mounted last week after the US Justice Department filed civil lawsuits alleging that over $3.5 billion was misappropriated from 1MDB. The lawsuits seek to seize more than $1 billion of assets allegedly siphoned from the fund, saying they were part of "an international conspiracy to launder money".
The civil lawsuits do not name Najib, but refer to a high-ranking government official who received over $700 million of the misappropriated funds. A source familiar with the investigations told Reuters the official, named as Malaysian Official 1 in the lawsuits, was Najib.
Najib, who has denied any wrongdoing, has said Malaysia will cooperate in the international investigations of the 1MDB case.
The ruling party suffered unprecedented losses in the 2008 general elections and then lost the popular vote in 2013 under Najib's leadership. The next general election must be called by 2018.
The NSC is coming into force amid growing complaints about assaults on civil liberties in Malaysia.
Najib has in recent months used the colonial era Sedition Act and other draconian laws to arrest government critics, jail opposition leaders and stifle free speech by suspending media groups and blogs.
"The likelihood of the NSC being utilized in order to crack down against any act of civil movement is likely to steadily increase as maneuvering space for the PM decreases," said Sevan Doraisamy, executive director at Suaram, a human rights NGO.
Malaysia's opposition coalition is planning an anti-Najib rally on July 30. Pro-democracy group Bersih, whose street protests last year drew a 200,000-strong crowd, is also planning a separate rally, but has not set a date.
While rallies can still be organised under the Peaceful Assembly Act, the NSC can declare any area -- a building, a street or a city -- a "security area", where protests would be disallowed.
Inspector-General of Police Khalid Abu Bakar said on Monday he will not allow rallies that demand Najib step down from power.
"Red Shirt" supporters from Najib's ruling United Malays National Organisation have vowed to hold a counter-rally.
They did so last September and it turned rowdy when participants breached security barricades and clashed with riot police.
"I think they (the government) are getting nervous about 1MDB and the reaction of the people," said civil rights activist and lawyer Ambiga Sreenevasan, adding that the public was also "very nervous" about the new security law.