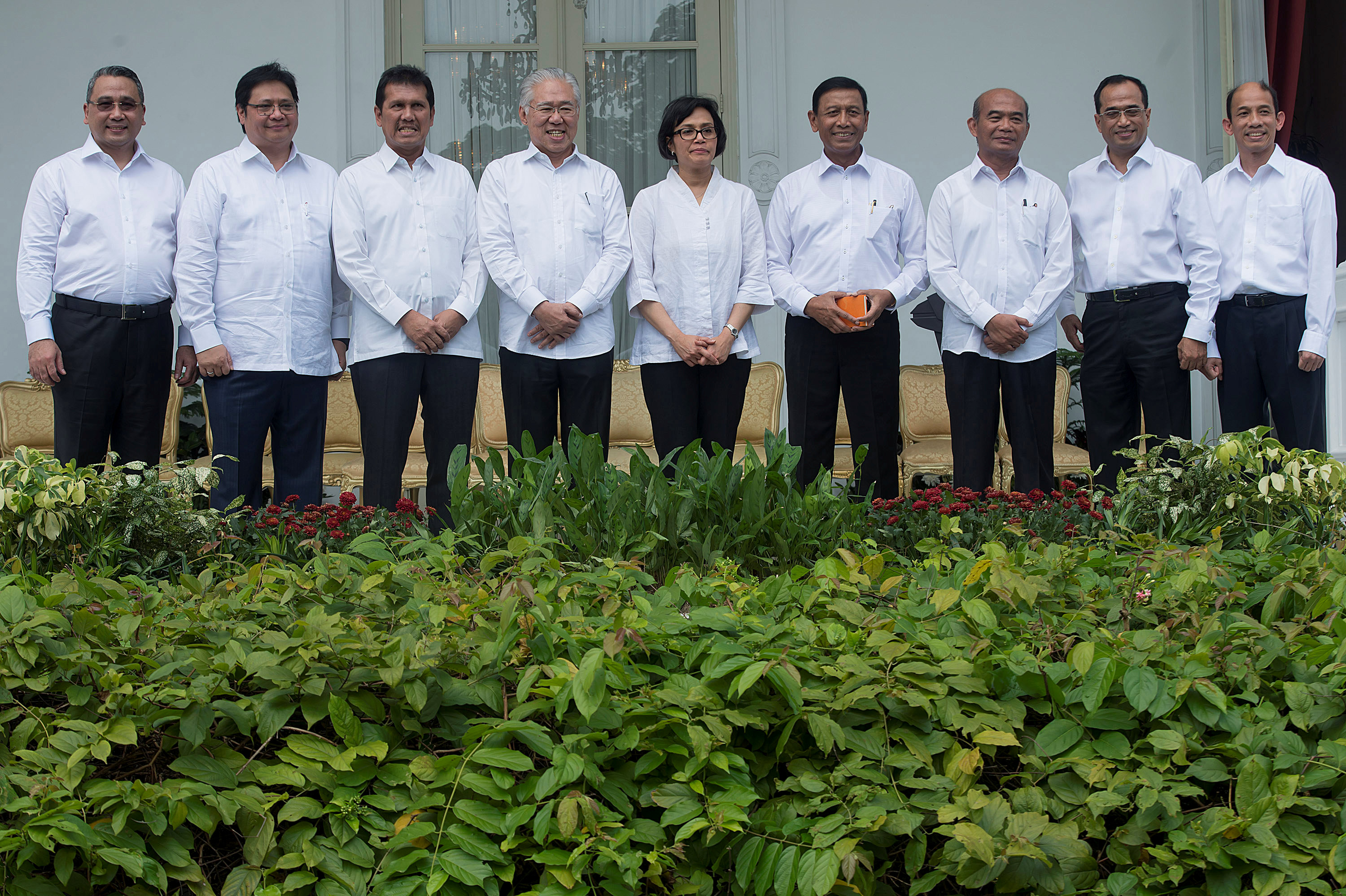 Jakarta: Indonesian President Joko Widodo pleased market reform advocates by bringing home the World Bank's managing director to be finance minister and upset human rights activists by naming a controversial ex-general as security chief.
The surprise appointments of Sri Mulyani Indrawati atop finance and Wiranto as coordinating minister for politics, law and security were part of a wider-than-expected cabinet reshuffle in which the trade, energy, transport and industry ministers were also replaced.
"I am aware that the challenge keeps changing and it needs quick action from us," Widodo told reporters at the palace, adding that unemployment and income inequality must be addressed and the cabinet needed to work "more quickly, more effectively".
The addition of Indrawati to the president's economic team lifted financial markets, with stocks up more than 1 per cent and the rupiah strengthening 0.4 per cent against the dollar.
"Sri Mulyani's appointment is a game-changer because it restores a certain amount of investor confidence and means having a steady hand on the tiller with a solid record as a reformer," said Paul Rowland, a Jakarta-based analyst.
In 2010, Indrawati joined the World Bank after serving as both Indonesia's chief economic minister and finance minister under then-president Susilo Bambang Yudhoyono.
Indrawati, who has a Ph.D in economics from the University of Illinois and is not a member of a political party, won praise for successfully managing Indonesia's economy through the 2008 global financial crisis.
"The president wants a dream team to manage economic policies so that we can accelerate (growth). He needs Sri Mulyani," said David Sumual, chief economist for Bank Central Asia.
Indonesia's economic growth is expected to improve only slightly in the second quarter from 4.92 per cent in the first three months of this year. The finance ministry has forecast full-year GDP of around 5.2 per cent in 2016, up from 4.79 per cent last year.
Bambang Brodjonegoro, the finance minister that Widodo appointed in 2014, has been shifted to head the country's national development planning agency.
The change in finance ministers comes just after Indonesia launched a tax amnesty it hopes will bring home billions of dollars that Indonesians have parked overseas.
Widodo also surprised many by announcing Wiranto as his new chief security minister, reassigning his close adviser Luhut Pandjaitan to be chief maritime minister.
Wiranto, army chief when strongman Suharto quit amid protests in 1998, was indicted by a United Nations panel over the bloodshed surrounding East Timor's 1999 independence vote, when about 1,000 people died. The former general has denied any wrongdoing in East Timor.
"He is part of the very old guard of Suharto's New Order," said Andreas Harsono, Indonesia director of Human Rights Watch. "This is really bad news for human rights."
Analysts viewed Wiranto's appointment and others as politically motivated, as the president looks to consolidate support from parties keen to join the ruling coalition.
Wiranto controls Hanura, "a party which has supported Jokowi from the get-go, and one way of seeing this is for the president to secure its continued support," wrote Wellian Wiranto, economist at OCBC.
The president also welcomed the second-largest political party, Golkar, into the cabinet by appointing Airlangga Hartarto as industry minister.
Golkar, which was in opposition to Widodo when he was elected in 2014, played a key role in getting the president's tax amnesty bill passed this year.
Other major cabinet changes included the re-assignment of Thomas Lembong from trade minister to investment chief.
Arcandra Tahar, an executive at Texas-based offshore engineering firm Petroneering, was appointed energy and mining minister, replacing Sudirman Said.