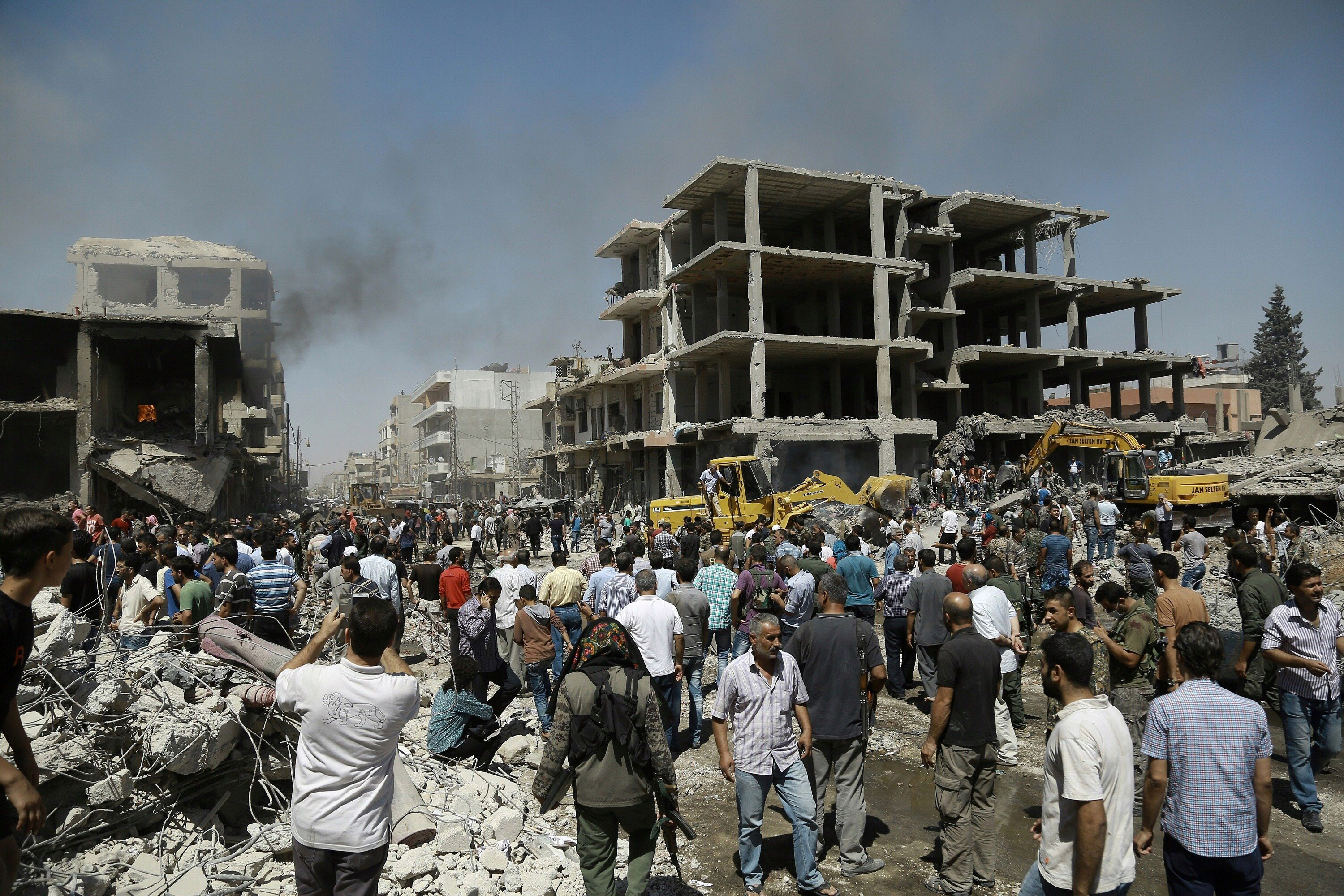 Beirut: Two bomb blasts claimed by IS hit the northeastern Syrian city of Qamishli near the Turkish border on Wednesday, killing at least 31 people and wounding 170 others, state television reported.
The British-based Syrian Observatory for Human Rights reported the blasts but gave a lower death toll of 14 killed and dozens wounded. It said one of the bombs exploded near a security headquarters of the Kurdish administration that controls most of Hasaka province, where Qamishli is located.
State TV said one blast was from a car bomb and the other from a bomb on a motorbike. It rolled footage purportedly from the scene of one blast, showing large-scale damage to buildings, vast amounts of rubble strewn across the road and plumes of smoke rising. One explosion was so powerful it shattered the windows of shops in the Turkish town of Nusaybin, directly across the border. Two people were slightly hurt in Nusaybin, a witness said.
IS claimed responsibility for the attack, saying they had targeted Kurdish security forces. The jihadist group, which is fighting against the Kurdish YPG militia and its allies in Hasaka and Aleppo provinces, has targeted Qamishli and the provincial capital, Hasaka city, in the past with bombing attacks.
A suicide blast killed six members of the Kurdish internal security force, known as the Asayish, in April. In July, an IS suicide bomb killed at least 16 people in Hasaka.
The YPG captured large areas of territory from IS in northeastern Syria last year and is involved in a U.S.-backed offensive that has advanced against the jihadists further west near the Turkish border.