'Educate rather than increasing traffic fines in Oman' 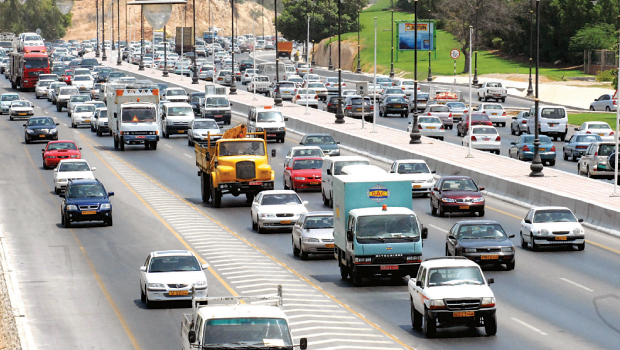 Muscat: Social media was abuzz after Times of Oman reported that experts had called on increasing of traffic fines in the country.
Read here: Safety campaigners in Oman call for hike in speeding fines
Several people presented their views of social media platforms, most people called on for greater awareness rather than an increase in the traffic fines in Oman, which happened to be the least amongst all the GCC countries.
“This will not help at all, I think we need to educate people to follow speed limits and tell them that if they don’t do this it will have consequences, and I am happy to see that there are lots of such awareness videos and messages which are being put out to the people and this is the only way out. It’s true that people will get upset and angry once they learn that speeding fines might go higher but the authorities need to know that awareness makes people more responsible because if the drivers want they can speed at places where there are no cameras.” said Aziz, a resident of Oman.
Get your essential daily briefing delivered direct to your email inbox with our e-newsletter
Another person commented, “I think they should concentrate more on how to educate people to follow the basic road rules as most of the accidents happen because of the lack of common driving knowledge. Radars will not help if I really don't know how to use the side mirror before I jump to another track on the road and not keep safe distance.”
Some people were upset about such an idea, and one of them is Ragheb, “We don’t need rise in fines, that can only control the situation for a while but like some others are also saying that there is a need for education, awareness and proper training.
“When people are being taught driving it should be made sure that they know why are they being restricted to not do certain things and why are they being made to follow the rules, that is what will create better drivers and safer roads.”
However some people think that rising fines might help, “People are always terrified of being fined, once they are fined they drive slowly and in control for a few days, if the fines are raised I think that will help the situation in the country as people really need to be told that enough is enough.” said Dhahi, a Omani citizen.
These reactions were received after it was reported that experts had called to raise traffic fines in the country.
Oman’s range of speeding fines is far lower to that of the rest of the GCC countries as an OMR10 fine is imposed for those who exceed the speed limit between 15 to 35 kilometres per hour, while an OMR15 fine is realised for exceeding 35 to 50 km/hour beyond the speed limit. A fine of OMR35 is taken from those exceeding the speed limit by 50 to 80 km/hour.
In the United Arab Emirates, speeding fines range from DH400 to DH1,000 (OMR41.9–OMR104.8), Saudi Arabia’s fines start from SAR300 to SAR900 (OMR30.7–OMR92.3) while Qatar starts from QAR500 to QAR1,000 (OMR52.8–OMR105.7). Bahrain’s lowest speeding fine begins from BHD50 to BHD500 (OMR51–OMR510) while Kuwait starts from KD40 to KD100 (OMR 50.8 – OMR 127.2).